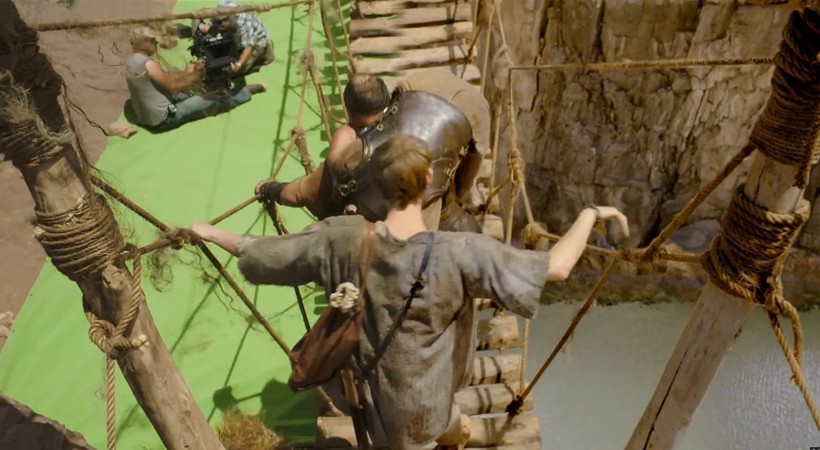 London-based Vine Studios released a cool VFX reel showing how they made an extension bridge for a scene in the second season of the BBC's Atlantis. The studio is the sole provider for the series, which is a fantasy drama set in an ancient world of legendary heroes and mythical creatures. It's also where, apparently, even their bridge builders are heroic. Production's green screen placements give their post house a lot of nice angles for working their VFX magic. The high angle shot is particularly effective for inspiring vertigo in the most courageous of us. Vine's VFX masters did some nice work in stitching up the missing pieces from the bridge's collapse, extending it well beyond the few feet it actually fell until it hits the opposite side of the gorge. Overall, a really creative use of actual space to create an imaginary one. Incidently, the reel also shows how much safer VFX has made the jobs of actors.