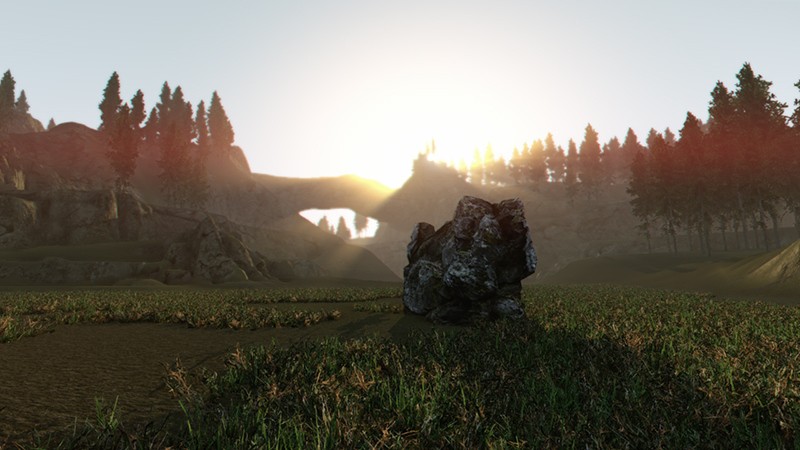 There are always games that seem to break the mold or try something new, but the four key elements that have to be in every successful video game are:

Focusing on those elements is a solid start for any designer looking to know what makes a good video game. The rest of your work will be in building on each of them.

From Asteroids to Grand Theft Auto, video games have been around for a while. Some have massive game worlds and storylines fit for any big-budget movie. Video games have come a long way since their birth in the late 70s and are one of the most popular forms of entertainment today. So what makes successful games? Asteroids was extremely popular when it was created, but today it probably wouldn't catch someone's attention for more than a few minutes.

Let's look at some examples of successful games in the past to identify the key ingredients that, when added together, create a memorable and appealing experience that can hold up to today's market. 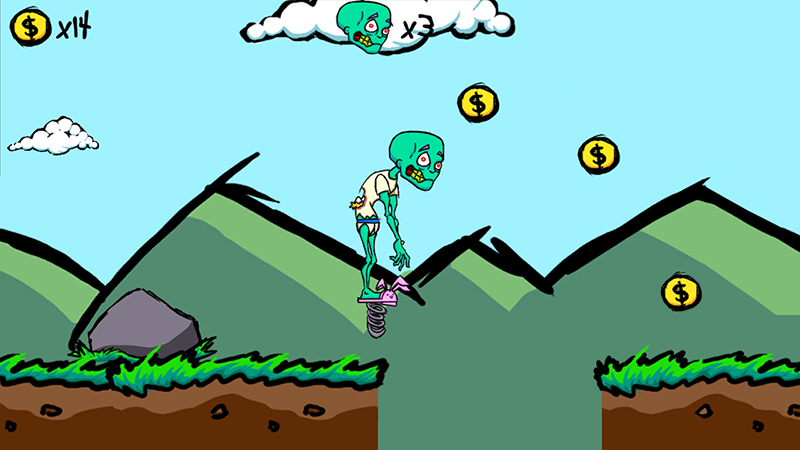 Typically, you'd hear that story always comes first and without a great story, you can't have a great game. While this can be true for some genres, gameplay is important for all great games.

A hit game can be built entirely on great gameplay without any story. For instance, the mobile hit game Angry Birds doesn't focus on a compelling story, but it has incredible gameplay. Story can be important, but it doesn't always translate to a fun and challenging experience for the player.

Games are meant to be interactive. They are a way for a person to immerse themselves in a different setting or world. Unlike a movie where you're just along for the ride, a game gives the player complete control. If the control is clunky or not fun to play, you won't have a great game. Gameplay should have clear controls and good feedback to the player.

Just look at the Call of Duty series, especially from Modern Warfare forward. Some would argue the story has never been the game’s strong point; players often don't even bother playing the campaign because they're more interested in the multiplayer. Call of Duty and battle royale games like Fortnite and PUBG are great examples of how gameplay determines the success of a game. If it's a blast to play, people will want to play it.

A Great Story Is Still Vital 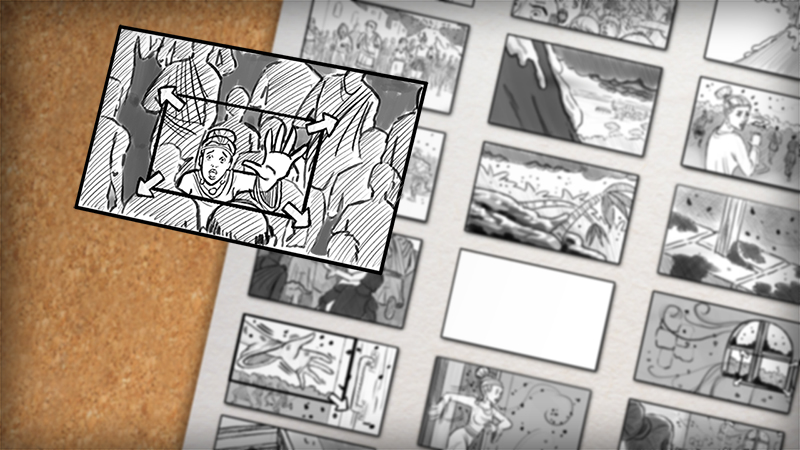 What makes a good video game? Even though we just said gameplay trumps a great story, story still plays a key role in a game's success. A great story can keep the player immersed in the world you've created. Story and gameplay are both vital for having a great game. Players should feel attached to the characters and want to continue playing to see how the story unfolds.

While gameplay is important, it doesn't always save a game. This especially holds true if the game is a single player-only experience like the Batman Arkham series. In that type of game, the story can rise to higher importance.

When making a game, you should know what type of game you’re creating and what experience the player should have. A game can be a way to tell a story in an interactive setting. Think about the most immersive games you've played, and the chances are it's the story that drew you in and made you want to keep playing. Single-player games may be limited in the overall gameplay they offer because there's no multiplayer element, but they still attract thousands of players because the story is so well told. Try to find a mix of both, great story and great gameplay.

Graphics are extremely important for any video game; it's what the player sees. Everything from the environments, the characters, and even the lighting all play a role in the look and feel of the game. As hardware advances so do the graphics being presented to the player and more and more games are gravitating toward a hyper-realistic experience to help immerse the player.

Games boast realistic graphics which fit the world and style of gameplay the designers wanted. However, great graphics don’t always translate to an extremely realistic experience. For a game to be great graphically doesn’t mean the graphics have to be a certain style.

Graphics also don’t ensure a successful game. For instance, Ryse: Son of Rome had some of the most realistic and beautiful graphics when it was made; however, the game did not receive a lot of positive feedback from the community simply because of the repetitive gameplay and the combat designed around quick time events.

It’s important to point out some of the most iconic and visually appealing games don’t have realistic visuals; it’s the uniqueness which sets them apart. For example, the Ratchet and Clank series is an extremely popular game series that went for more cartoony graphics which fit well with the type of gameplay and story.

A landmark game that became the all-time best selling game with over 180 million copies world wide is infamous for horrible, low-quality graphics: Minecraft. Its approach to game design led to a unique graphic style that worked entirely against the industry standard of hyper-realistic graphics. While fighting against the standard, Minecraft created its one-of-a-kind art style and cohesive look to create a stand-out game.

The gaming industry has grown to recognize that good video games are not only a way to share a story but also to share art. This can be seen in the cartoon-inspired cel shading of the Borderlands series, the black and white silhouettes in LIMBO, the Studio Ghibli collaborated art style of Ni no Kuni, and even a video game take on M.C. Escher’s art in Manifold Garden. These games do not provide perfect rendering of every blade of grass. Instead, they give an artistic view of their world through unique art styles.

The most important thing to remember is that your game art style should fit the story you want to tell. For a game to be great visually doesn’t mean it must be grounded in realism, but rather help to enhance the overall experience. That could mean going for more cartoony graphics or more realistic, whichever fits your game.

The Player Should Work for It 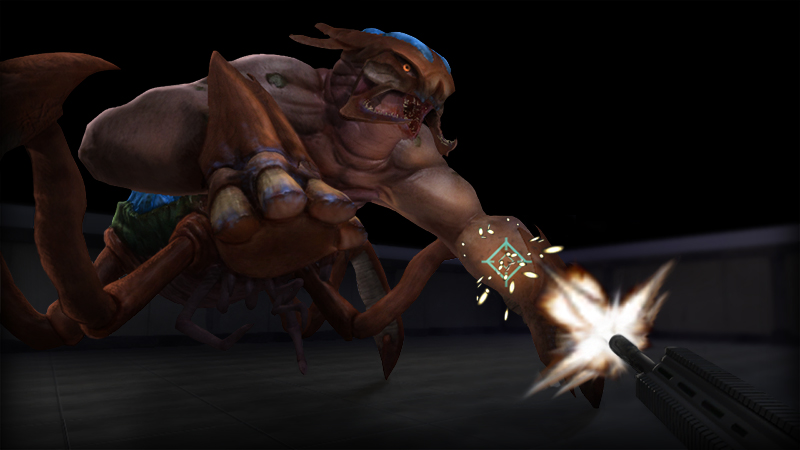 A game needs to be challenging for the player. Gamers like to be challenged. When they complete a level or mission, they want to feel like they had to work for it and like they accomplished something.

This can mean a challenging map or level that’s not always easy to figure out where to go, causing a little more exploring and thinking on the players part to figure out how to advance in the game or a boss that needs some clever strategy to defeat. This can be what makes a good video game into a true classic.

A great example of this can be found in the Halo series. You play as a super-soldier in high tech armor with shields and even overshields, but you can’t always run into a horde of enemies with guns blazing and expect to survive for very long. When the enemies group up, it presents much more of a challenge. There are also increasingly-powerful enemies, which means you can’t just jump into the fray without a game plan.

There are even some games that play with this idea and focus on  difficulty and complexity. Games like the Souls series, created by FromSoftware, provide a difficulty level where you are expected to die—and die a lot—just to complete simple tasks in the game. This can be frustrating for some gamers, but for others, there is a major sense of accomplishment when they finally achieve their goal without getting run over by a wheel skeleton one more time.

Different players enjoy different games. Not everyone likes first person shooters like Call of Duty and not everyone likes story-driven games like The Last of Us, but they both accomplish what they’re trying to provide for the player while having enough of each key element to be successful. If you want to know what makes a game successful, consider these key elements to help you make a good video game. Remember, gameplay and story are two of the most important aspects of a successful game; once you have the story established it can help you create an art style that will fit the world.