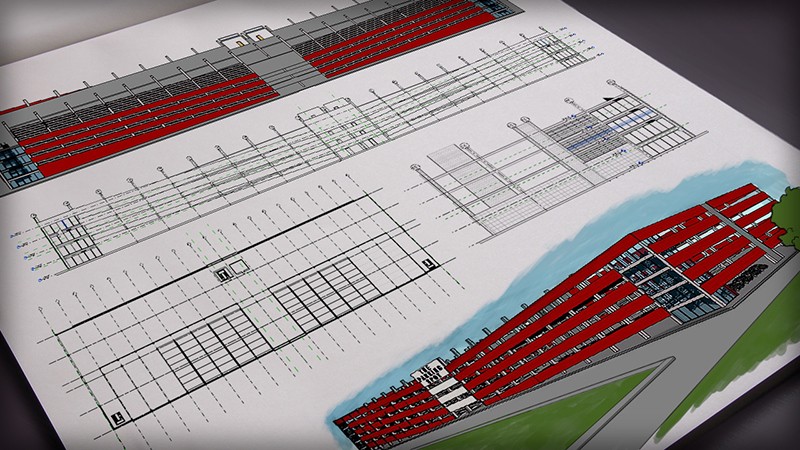 AutoCAD or Revit - Where Do You Draw the Line?

If you're new to drafting and design you're probably familiar with AutoCAD and Revit by now, or you at least heard of these tools. AutoCAD has been around since the 1980's and since it's introduction has eventually become ingrained in the DNA of most design firms and offices and has become an integral part of the day-to-day activities of the design process. It was almost 20 years later that Revit was introduced to the public. It's acceptance in the design and construction industry was a gradual one but overtime more and more professionals began making the transition or included Revit in their workflow. Not everyone was on board, however. Imagine after years and years of projects all the documentation standards, block libraries and even the comfort of using a tool you've used for years, would you be able to put down your favorite application that's been tried and tested, for a newer shinier tool? This was, and is the dilemma for a lot of professionals when it comes to new technology. This article will give you some insight to the similarities and differences between the two powerful design tools so you can decide where you want to draw your lines; AutoCAD, Revit or both? Let's begin with what makes them similar.

When it comes to similarities, there are three main topics to discuss; 2D, 3D and Rendering. Both AutoCAD and Revit are used to create 2D drawings such as floor plans, elevations, details, etc. There may be slight differences on how they're presented graphically but essentially the end result is the same. With both you can generate a set of construction documents. 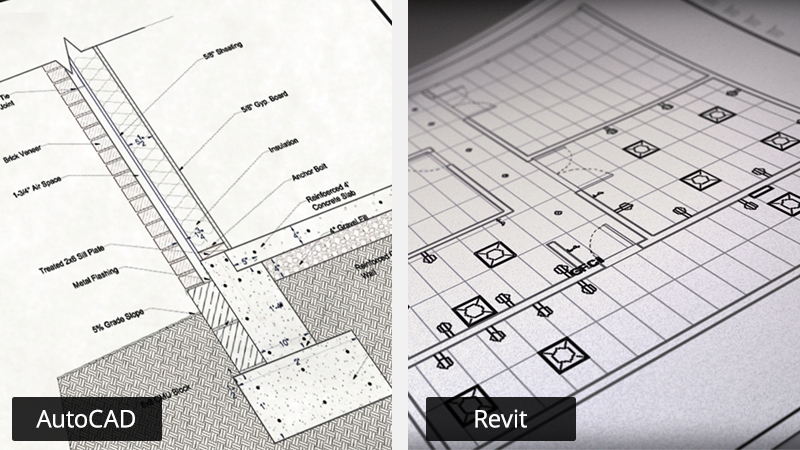 In addition to the common 2D drawings and plans, both can be used to create 3D models and objects, which is extremely helpful in the design process as well as for presentations. Although, the user interface and tools differ slightly, the end result is the same. A tool for 3D modeling. 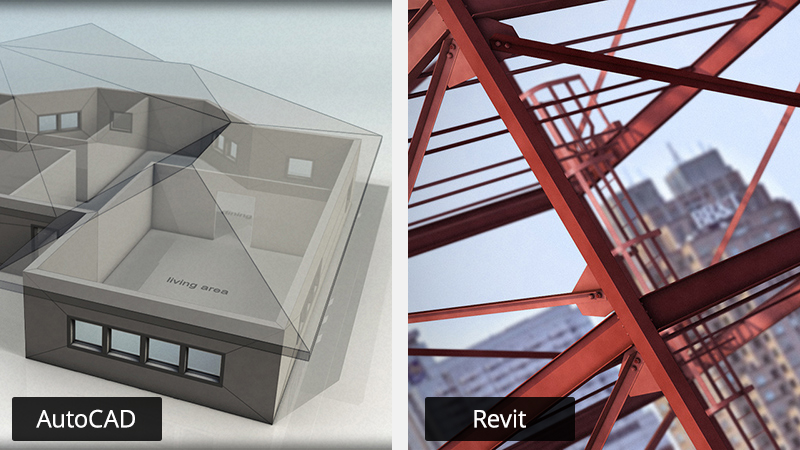 Lastly, you can quickly create rendered images using both types of software. The great thing about this feature for both tools is you don't necessarily have to be a rendering expert to use the tools. Both AutoCAD and Revit have done a nice job of making it very easy to generate rendered images.

When it comes to the differences between the two, it can be summed up into one acronym, BIM or Building Information Modeling. Long story short, with AutoCAD you're using lines to create basic geometry that represents real life objects. With Revit you're using geometry that's equipped with real life information. In addition to that, with Revit while you're working in one view like a floor plan, other views are automatically being generated as well, like an elevation for example. The same goes for when you're making changes. A change in one view will automatically be reflected in other views as well. A good way to look at the benefits of each tool is AutoCAD is great for 2D drawing, where only precise line work is needed, such as elevation detail drawings. Revit is great for modeling, generating cost schedules, collaboration and change management. In the industry of design and construction, competition is fierce. Especially when it comes to getting your first job or to have your bid selected for a project. Mastering both Revit and AutoCAD can give you an edge both in the job market as well as project management in the field. Both applications currently have their place in the design process and construction industry, and putting all your eggs in one basket might not be a wise decision. To learn more about each program be sure to check out the large library of AutoCAD tutorials and Revit tutorials.