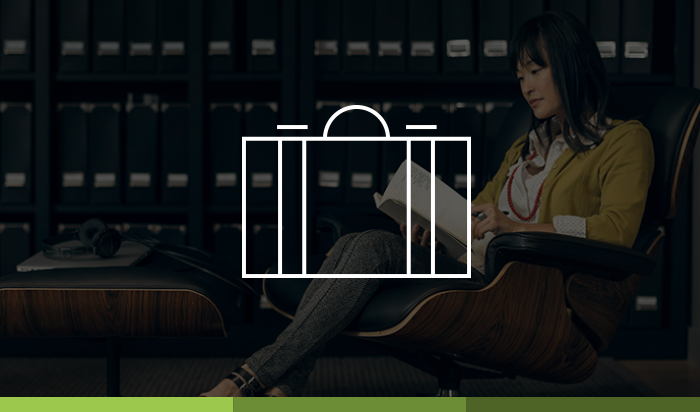 Q basic-that's where Pluralsight author Filip Ekberg got his start on the road to senior software engineer. Thanks to a friend, whose mom worked in the early days of tech, Filip was able to dive into programming at the ripe old age of …

Q basic-that's where Pluralsight author Filip Ekberg got his start on the road to senior software engineer. Thanks to a friend, whose mom worked in the early days of tech, Filip was able to dive into programming at the ripe old age of 10.

“We taught ourselves how to make the computer ask us questions and perform different behaviors. That was my first experience with programming, and ever since then, it's just evolved. And it's been a pretty nice ride,” Filip explains.

As a senior software engineer at Invoice2go, Filip is enjoying his programming career and new home in Australia-especially the scuba diving and laidback Aussie lifestyle. When he's not speaking or teaching, you can find him exploring the ocean with his wife-not just in Australia, but in the waters in Bali and Fiji as well.

Scuba diving aside, Filip and his wife wanted to live in an English-speaking location that was also warm, so Sydney seemed like a great choice. Filip has found that he enjoys Sydney for a lot of reasons, but the friendly Aussies are top on his list.

“In Sweden people are very reserved and don't really talk to you if they don't have to. People in Australia are very open and you can kind of just talk to people in the elevator. It is a totally different experience,” Filip said. “I like that much better about Australia.”

Working as a Pluralsight author

Filip became a Pluralsight author by meeting Pluralsight CEO Aaron Skonnard at a conference in Sweden. He had a chance to talk with Aaron and share his book, C# Smorgasbord, with him. His conversation with Aaron led to an audition and the rest is history.

“I came in at a really good time and I got to work with some really great editors,” Filip said. “Even though I don't have that many courses in my backpack yet, it's been a great experience doing the courses so far.”

While Filip can't pinpoint his favorite Pluralsight course, MSIL for the C# Developer is close to his heart since it was his first course and about a topic he loves.

Although it was difficult for Filip to choose a favorite course he's authored, he definitely has a favorite Pluralsight author: Scott Allen. While Filip had heard of Scott before and knew he created Pluralsight courses, Scott became his favorite author once he saw him speak at a conference in Sweden about MVC and ASP.NET.

“He was a tremendous asset in me becoming a web developer and understanding the new things coming out and how adapt to the changes,” Filip said.

Filip became interested in programming when he was 10 years old, working with his best friend to write HTML and QBasic. For his 11th birthday, his dad gave him his first computer, one that had even less RAM than his current phone. And he was hooked. At 15, he got a job so he could buy all the technology he wanted.

“I've always been the kind of person who wants to understand exactly why something is as it is and how you got there,” Filip said.

That's why when Filip's site and server were hacked when he was 17 he searched to find out the mistakes he made so he could make sure it never happened to him again.

“I learned both kind of a life lesson and of course the tech stuff, like how to not store clear text passwords,” Filip said. “I think I trusted IT too much back then. I grew up in an era where then Internet was just becoming this big thing so we didn't really know how to protect ourselves or how to behave online. Today's kids grew up with this knowledge of what not to share and their parents are very involved.”

Determined to learn more about development and technology, Filip earned a Software Engineering Degree at Blekinge Institute of Technology.

After school Filip worked as a freelancer and then eventually moved on to consulting. Consulting provided him the opportunity to move to Australia. After a short time in Sydney an opportunity arose to be a Senior Software Engineer at Invoice2go, which fulfils one on Filip's major career goals.

“Ever since I started learning programming I've always had this strong will to work for a product company,” Filip said. “I've always wanted to do product, so working at Invoice2go is kind of like a dream come true. I got this opportunity to develop a product and work with a lot of people who love tech and just love to build great stuff.”

With his depth of experience as a programmer, he's learned a lot-especially since he's worked on his own, as part of a team and as a team leader.

“It's a good path,” Filip said about his programming journey so far. “Sometimes you work with people who don't think more than one step ahead and they don't understand implications of what they build. But if you've had your own business, and if you've been a team member for a while and then go on and lead a team, you probably have this overall experience and understanding of why certain decisions are made.”

As a senior developer, Filip offers some advice for new developers: Don't worry about not knowing everything right away and keep practicing. Also, pay attention to the things your senior peers do.

“I remember when I started programming and I didn't understand all of my senior peers' decisions, but looking back now, I see why a lot of decisions were made,” Filip said. “It's important to continue to have an understanding of the people you work with and just keep watching videos, reading books and staying interested. Go to user groups, go to conferences, and ask your boss to send you to training.”

Watch out for Filip's upcoming course on on Asynchronous programming in .NET.

Callie Johnsonis a Branded Content Specialist at Pluralsight. With bachelors' degrees in both Journalism and Web Design/Development, she has a wide spectrum of interests, including enforcing the proper use of ‚"you‚you’re." She loves hanging with her husband and their super weird, yet unbearably cute dogs, Kingsley, Thor and Rumble.