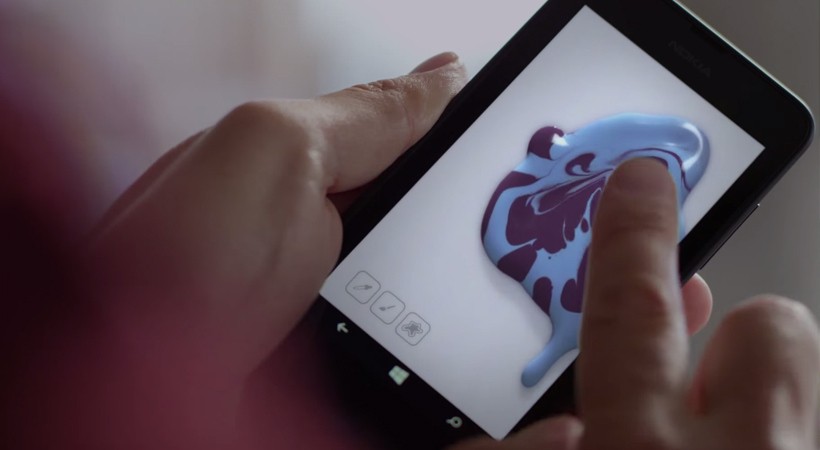 Coming off its Max conference early this month, Adobe is once again pushing its heavily promoted Creative Cloud model towards creatives. Earlier last week, the company  released a promo video that conceptualizes some future Creative Cloud apps designed for Microsoft devices. The proposed apps focus heavily on breaking down barriers between users and their devices by making the interface much more responsive to touch. For example, we see an artist drawing with a stylus on a tablet, yet they use their fingers to provide shading techniques similar to traditional artist. The Adobe video also includes its two most heavily marketed aspects of Creative Cloud: inter-device communication and being able to create on the go. The video shows a furniture designer utilizing her tablet in conjunction with a television to explore 3D models while another woman sits in a park capturing the image of a leaf to incorporate into her design. Probably the most important connection between Adobe CC and Microsoft is represented in the image of the man designing a driving game using his Xbox controller. Also, he's sitting on his own couch at home. Adobe's vision of the future of CC apps is certainly an exciting and ambitious one. It will be interesting to see how well this cross-company marketing strategy with Microsoft will work in reality given the real potential for hardware technology lag and/or low incentive for app development.