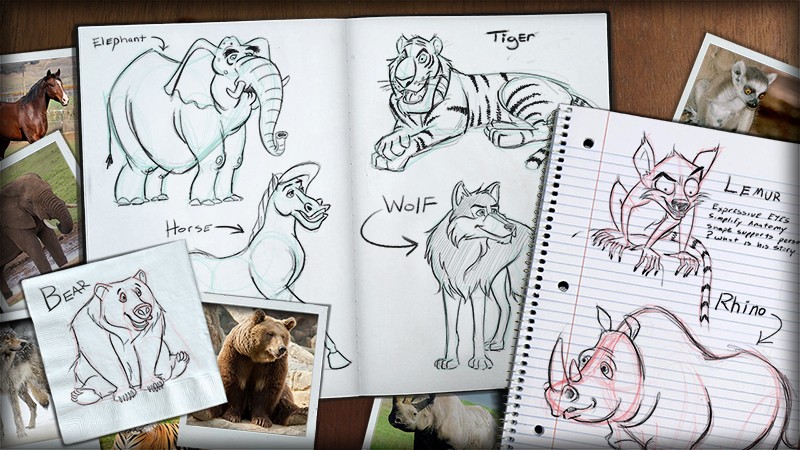 Drawing Animals - Tips for Increasing the Appeal of Your Animal Characters

All types of characters can have appeal whether they are the hero, villain, comic relief or damsel in distress. It's appeal that engrains a character into the memory of an audience and brings them back to enjoy that character time and time again. Capturing this appeal and visually presenting it to connect with an audience can be a real challenge especially when it comes to drawing animals. So what are some key elements to consider when designing an animal character that will resonate with an audience? One of the foundational components of any character design is the story behind that character. Take animated films for example, the story is what provides the viewer with a direct representation of the character's intentions and motivations. Additionally, this representation is reinforced by the visual design of the character based on the shapes and forms chosen to construct it. From here it's the animation that packages these qualities and sells it to the audience in an entertaining fashion. So knowing or visualizing the story behind your animal character should be something that you consider first.

Use Shape to Add Appeal

From here many other aspects of the design such as shapes and forms can be now be considered. For instance, if a bear is intended to be cute and cuddly with a cheerful personality then the design will most likely reflect those qualities with more rounded and curved forms throughout. 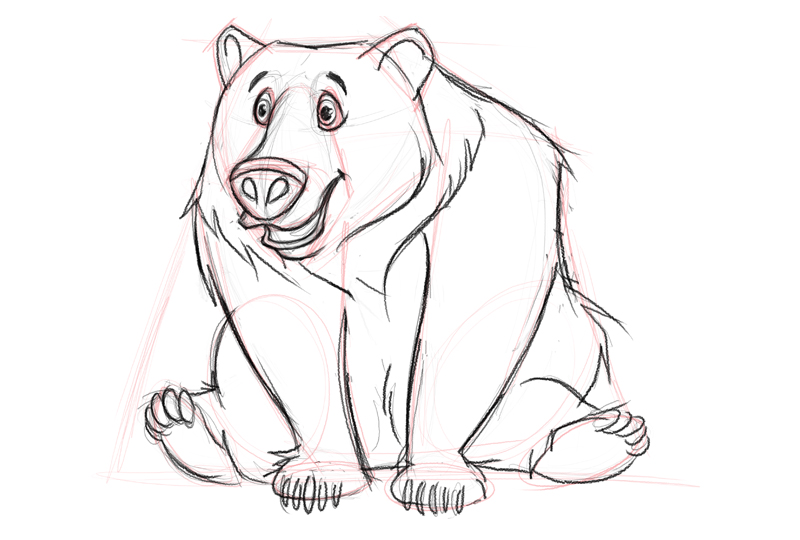 Another contrasting example would be a villainous tiger or lion character that has lots of sharp angled forms to various features of their design. It's those types of shapes that tap into the subconscious of an audience telling them that it's a villain they're looking at. Choosing the appropriate shapes that support the character's personality and position in the story will make or break their appeal with an audience. 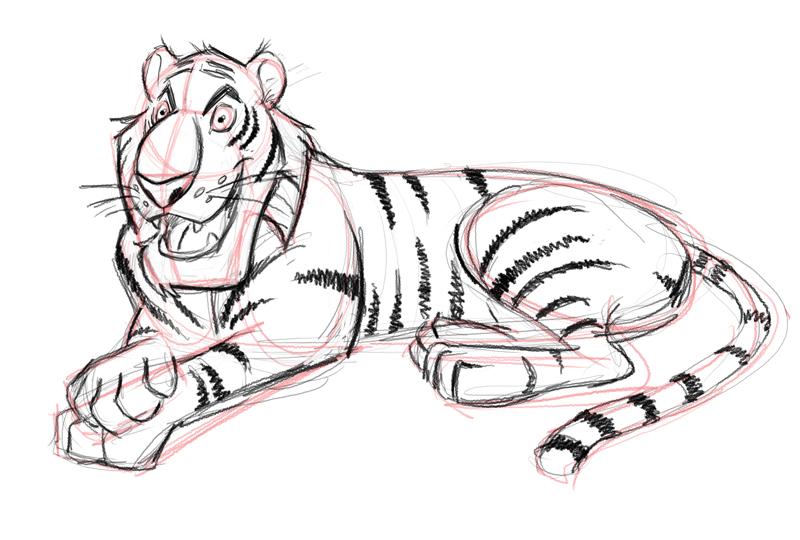 Once you have begun to consider shapes that support your animal character's personality, you can begin to nail down attributes that can be humanized to make it more relatable to the audience. Often exaggerating features like the eyes, eyebrows and the mouth can instantly build a stronger connection with a viewer. It's these types of features that allow emotions to be translated the best. By giving an animal a defined brow, for example, they now have the ability to show a larger range of emotions whether they're happy, sad, angry, or mournful. Another example would be designing an animal's hands to have more human like proportions or features. People tend to talk with their hands to get certain emotions across so by humanizing certain features like paws or claws an animal character can translate their emotions more effectively. 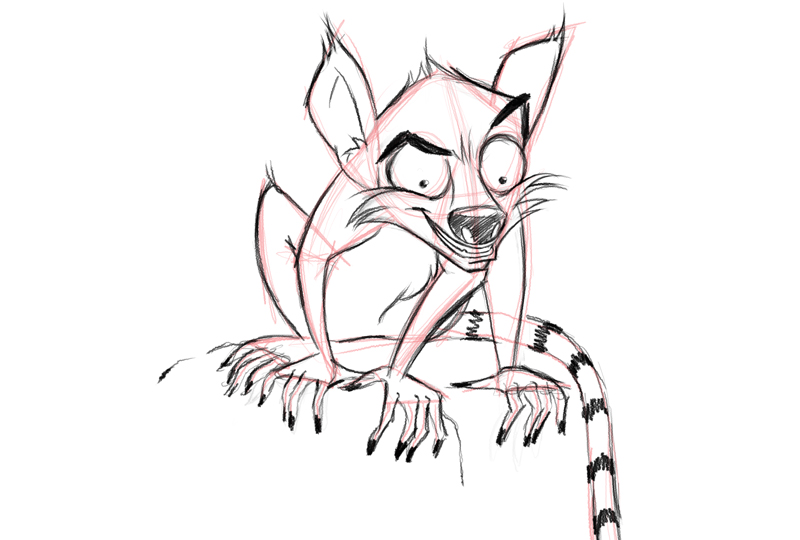 Of course, the degree to which you humanize certain features really depends on the overall world this character exists in. Again, it comes back to the story and the parameters that story puts on your design.

In addition to humanizing certain features of an animal, you can continue exaggerate other attributes so that they read more clearly and stick in the mind of a viewer. For example, horses are known for having a somewhat long face and big set of teeth. By exaggerating those features you can produce a character that is more visually unique, interesting and somewhat removed from reality. Exaggeration opens the gates for imagination to flow out. It's another component of appeal that sticks in the memory of an audience. 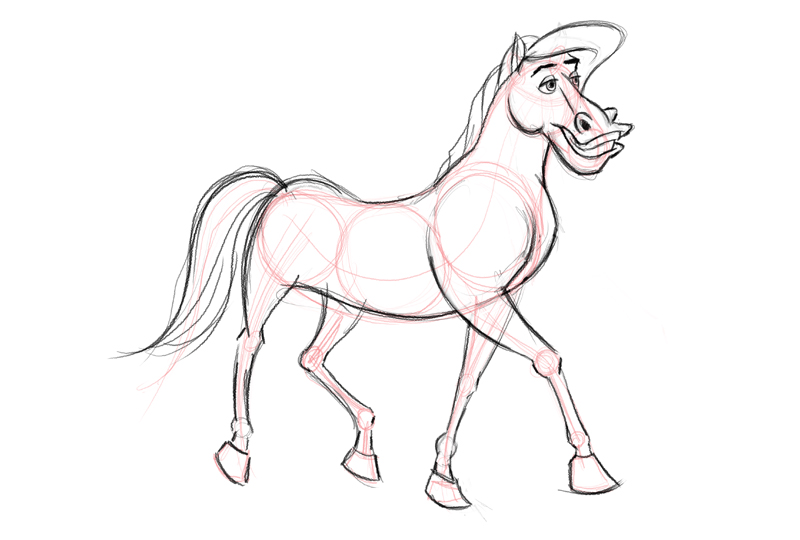 In addition to story, shapes that support personality, humanized attributes and exaggeration, the overall design of an animal character's anatomy is also very important. By simplifying the anatomy you will have a design that reads more clearly from a visual standpoint. A horse has a lot of visible muscles that can be seen on their body. Simplifying them will provide you with a design that has room for the character to present their personality. Additionally, adding too many realistic details to the wrinkles of a cartoon elephant could become distracting and the personality would become lost with in them. Another example would be simplifying the visual look of hair on a wolf or other hairy animal. 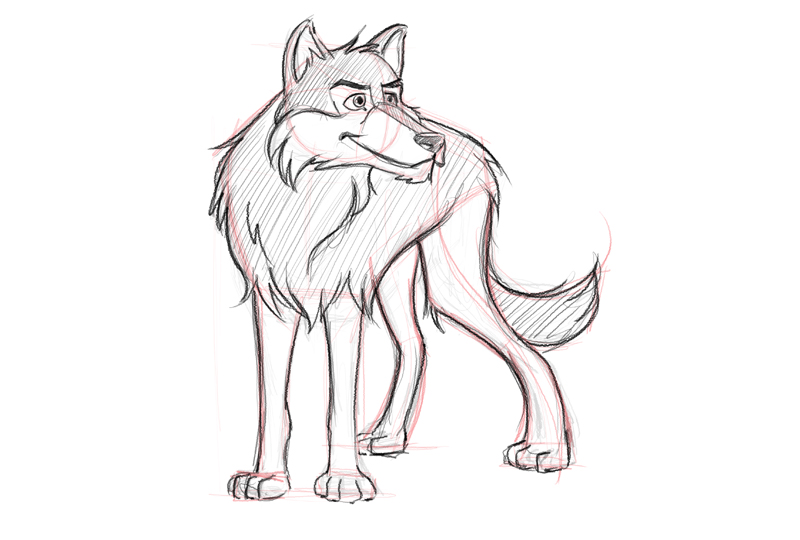 Ultimately the idea of appeal can be argued as being very subjective because everyone has their own tastes and preferences. However, while these are not the only factors that make for appealing animal characters, they're still important factors worth being considered. They can be translated not only in two dimensional form but three dimensionally as well. By considering these components of appeal and practicing them, you'll begin to think differently about creatively designing your own animal characters and how they can connect with an audience. To learn more about designing appealing animals check out this great Sketching Appealing Animals in Photoshop tutorial, and share your questions or thoughts in the comments below!