Are you interested in knowing how to draw clothing folds on a character in a more convincing way because your fashion designs appear unnatural or flat in relationship to the body? Having a good understanding of the various types of folds and how they wrap around the human form will help you achieve better visual results when illustrating clothing.

As an illustrator, you’ll need to know each of the fold names and how to draw the following six types of clothing folds. 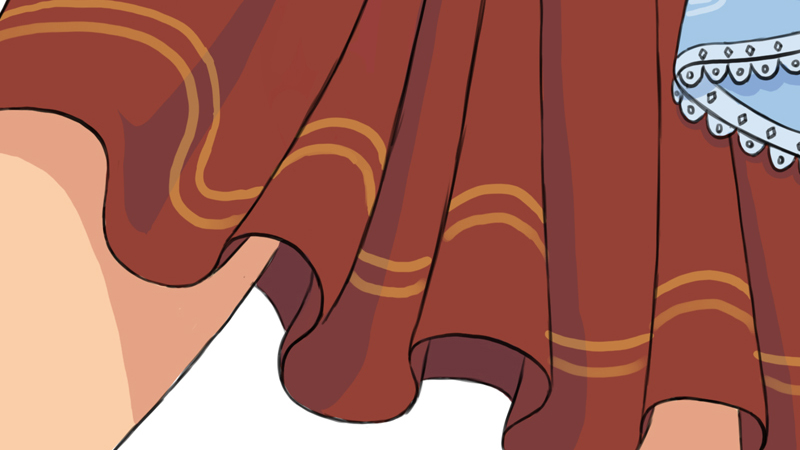 Pipe folds tend to occur on dresses and curtains. This fold happens when the origin point of the material is compressed or bunched together, which creates a series of semi-tubular shapes. The bottom part of the material that is hanging free often has a wavy pattern to its appearance.

How to Draw a Pipe Fold

From the point of support, a simple pipe fold is drawn as a small cylinder that gets larger as it falls toward the ground. There are reverse cylinders in between the folds to give a three-dimensional effect.

Zig-zag folds tend to occur where pants bunch up at the bottom of the legs or behind the knees. This happens because the material is being compressed. Basically, these folds tend to alternate one another in a zig-zagged fashion, with areas that fold inward on itself.

How to Draw a Zig-Zag Fold

When drawing this type of fold, try to start with a quick and jerky zig-zag line that feels organic and not too uniform. In the end, this provides a more natural-looking result because each fold has a unique character. Lock the ends of your lines with others to bring together two opposing forces on the material. 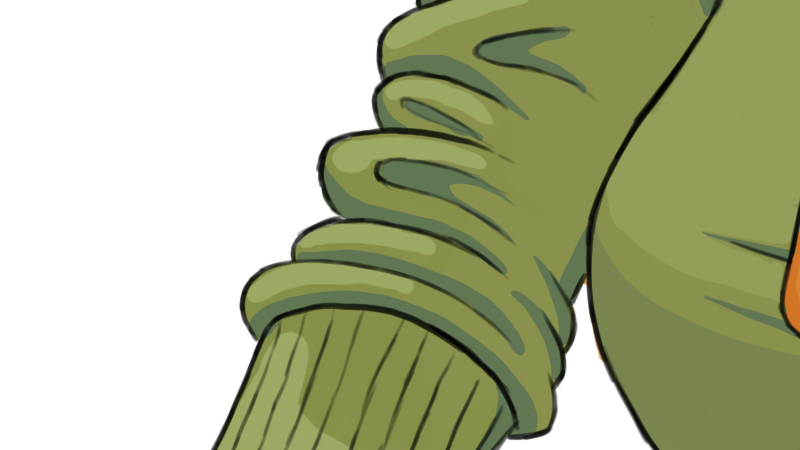 Spiral folds only happen on material that is being wrapped around tubular forms such as an arm or a leg. They often occur on sleeves that have been rolled or bunched up.

How to Draw a Spiral Fold

Use curved and diagonal lines to fit the rounded forms of the body. Wrap the material around the form, widening the folds as they leave their points of support. Don’t parallel the lines or repeat the same direction and volume. Give the folds a decorative arrangement instead. Radiate the material outward and up. 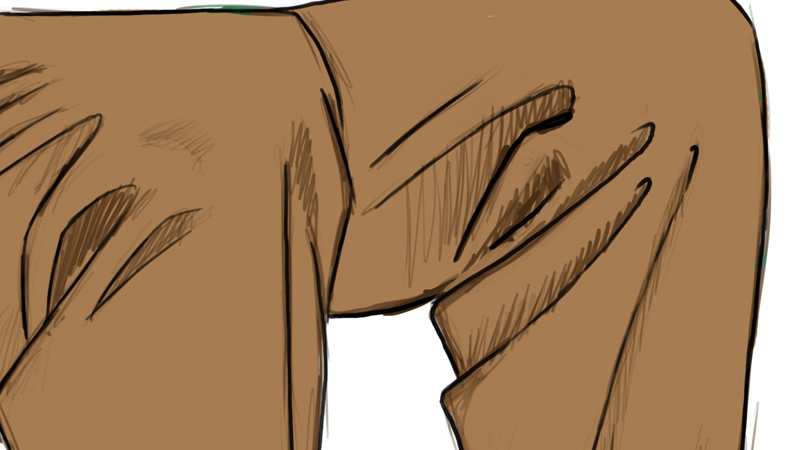 Half-lock folds tend to occur where there is an abrupt change in the direction of fabric. You’ll see this type of fold on the sides of knees when a person wearing slacks is squatting or sitting, causing an abrupt change in the direction of the material popping out on the sides. You can also see these folds in the upper part of pants when the body is bending forward, such as when a golfer bends over in preparation to swing a golf club.

How to Draw a Half-Lock Fold

When the turn you are making is at or near a right angle, make the lock sharp and angular. Make the locks more round and dissolved when the turns are loose. Make sure the folds are logical by keeping them simple and easy to follow. If you’re drawing someone sitting down, draw a greater number of angles to express the sense of direction. 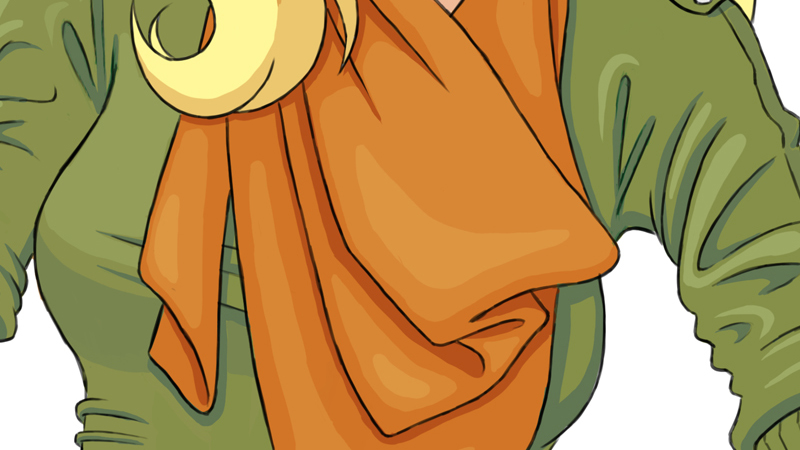 Diaper folds are a result of sagging in a material between two support points. The amount of fabric and the distance between the support points will dictate the amount of sag. You’ll often see these types of folds on scarves and handkerchiefs.

How to Draw a Diaper Fold

Be aware of the up and down planes in the forms so that your diaper folds don’t just look like lines. You can begin with a cross contour if this helps. Make the edges of the fold tighter in the center of the compressed point, and loosen them as they move toward the middle. 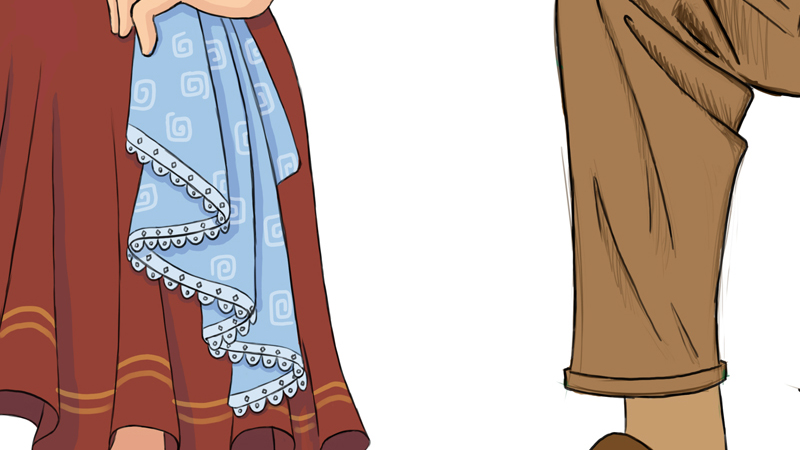 Drop folds commonly occur where material simply drops off of a form to hang freely, such as a towel hanging on a hook. The overall look of a drop fold is dictated by gravity and the type of form it's hanging off. This fold is often used in conjunction with other types of folds.

How to Draw a Drop Fold

Draw folds that radiate outward and downward from the support point. You can use either hook-like or cone shapes to get the right effect.

Some Helpful Tips When Learning How to Draw Clothing Folds

Since folds visually support an action or motion in a form by showing different depth and volume that is underneath a given material, it’s important to get them right.

A good place to start when learning how to draw clothing folds is by studying human form and breaking down various body parts into simple shapes. By determining how they appear in three dimensional space, you can begin to apply clothing hemlines and edges that follow the contours of the body accurately.

Here are a few more helpful tips with learning how to draw clothing folds:

Once you have become better acquainted with each of the fold types and how to draw clothing folds in relationship to the human form, you’ll be able to combine them in a cohesive manner and design more convincing articles of clothing.

Whether you’re a fashion designer, a painter, or an illustrator, it can really pay off to learn more about Illustrator, Graphic Design, InDesign, and Photoshop. Pluralsight has all the tutorials you need, so check them out!