Understanding the Power of Toon Boom Harmony for 2D Animation 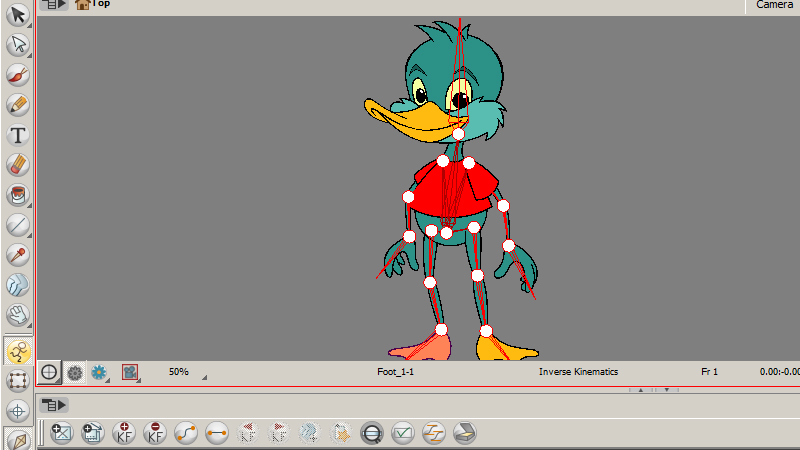 Rigging is a process that you might think is exclusive to 3D animation, but it's a process that works very well with Toon Boom Harmony. You're able to create complex joints for your characters so you can move them around and pose them just like you would with a 3D rig. This greatly speeds up the animation process removing the need to redraw new poses for each keyframe. You can even rig your characters with deformer bones, allowing you to manipulate and animate solid forms. Using deformer bones for something like an arm, you can bend the arm and the arm will stretch and squash according to how it's being bent. For instance, if you rotate the forearm up, the bicep will squash. 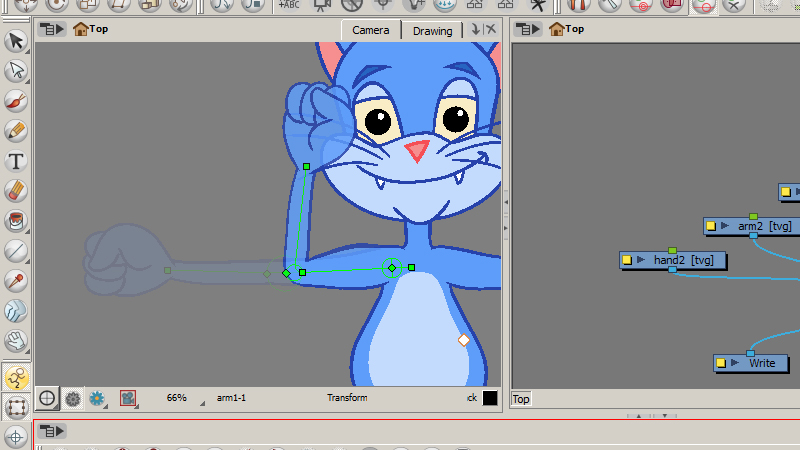 If you want to learn about rigging and deformer bones check out Introduction to Character Rigging in Toon Boom Harmony so you can hit the ground running when you being rigging your own characters. 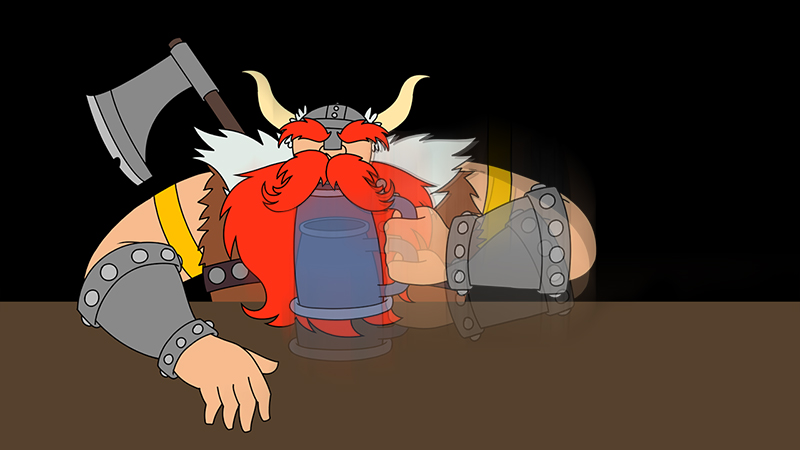 One of the most popular and intuitive capabilities of Toon Boom Harmony are the animation features, allowing you to mix both keyframe animation and morphing features. You can use your character rig to create your animations or even take the traditional frame-by-frame approach of drawing a new position for each keyframe, the choice is yours! Of course, you also have the ability to use onion skinning to see previous and next drawings as well as flip through drawings as you animate to keep your drawings on model as well as ensure you're keyframes are where you want them to be. 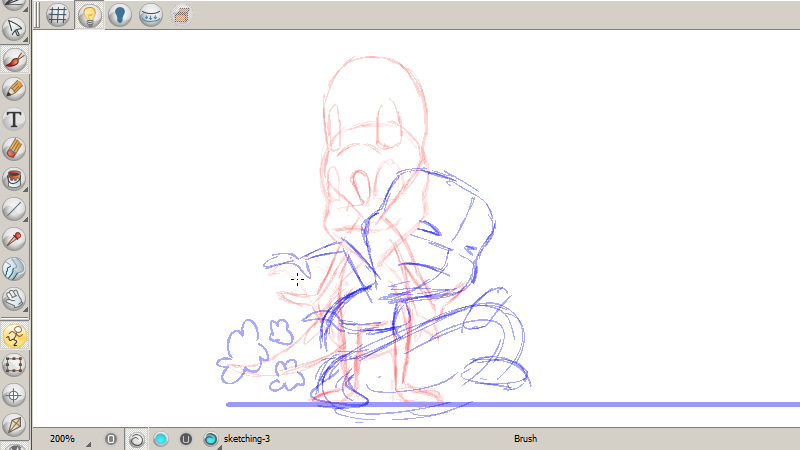 You can learn more about Toon Boom Harmony animation tools with Introduction to Key Frame Animation in Toon Boom Harmony. Toon Boom Harmony also has great lip-sync tools that can detect and place mouth shapes you've created to match the audio being played back. Now, this auto lip-sync feature might not produce the perfect results each time, but it's a great starting point. You can also use the morphing feature to blend mouth shapes together to create fluid transitions from each phoneme. 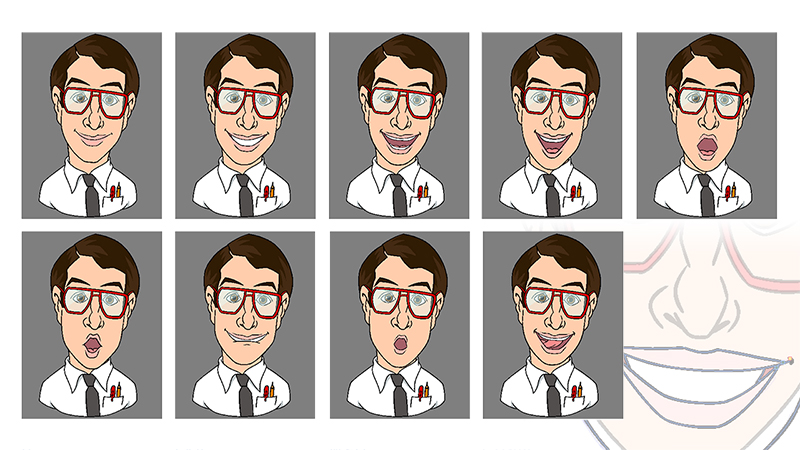 Check out this step-by-step tutorial to learn how to create great lip-sync for your characters! 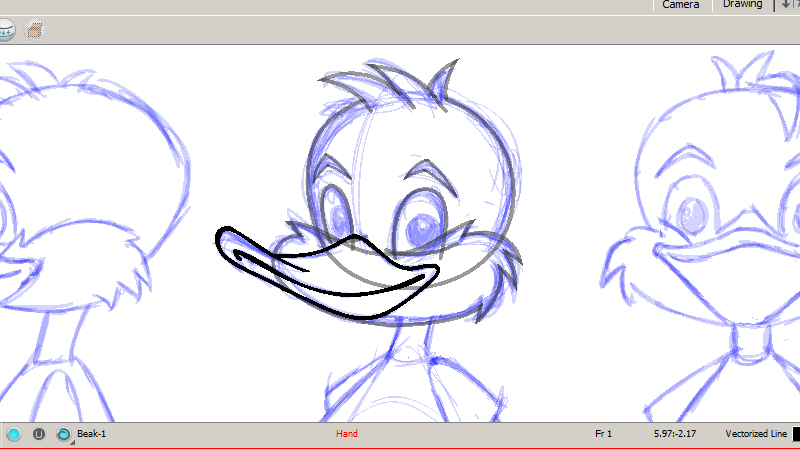 Not only does Toon Boom Harmony have a rich toolset for creating detailed and appealing animations but you can also design characters from the experimental stage of sketching all the way to the final detailing like line work and color. You're able to use powerful vector based drawing tools to design a finished character ready for animation. You can utilize the smoothing feature to help you establish clean line work, as well as reshape lines after you draw them, allowing you to fine tune your illustrations. If you're not one to enjoy designing and sketching your characters in the computer and want to do it the old fashion way with pencil and paper, you can scan your designs directly into Toon Boom Harmony. If you want to learn more about designing in Toon Boom watch Introduction to Character Design in Toon Boom Harmony to get a strong understanding of the tools needed to create your own character designs. 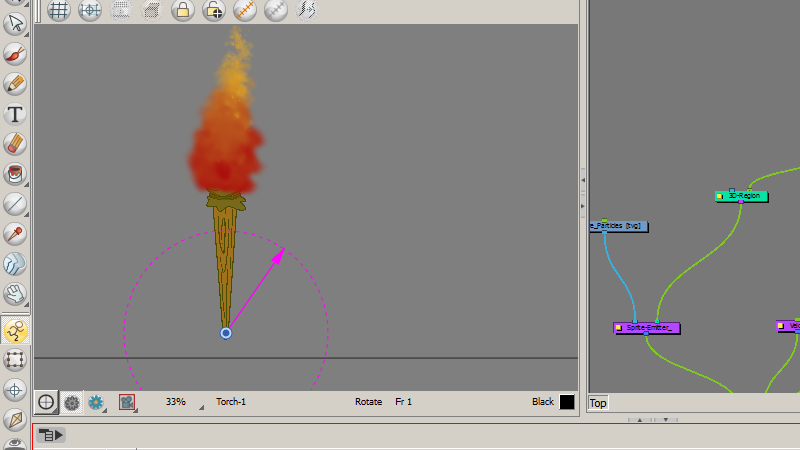 Toon Boom Harmony also has some great particle and effects tools inside the application. With particles you can use preset systems like fire, rain and speed lines to create some really awesome effects very quickly. You can even create drawings and make a particle system out of them. Toon Boom Harmony also has a node-based compositing system allowing you to bring in over a hundred effects for a single scene. You're able to incorporate things like motion blur, glows, highlights, as well as create your own custom effects to really enhance the appeal of your scenes. You can get a crash course in the numerous effects provided in Toon Boom Harmony with this in-depth tutorial. 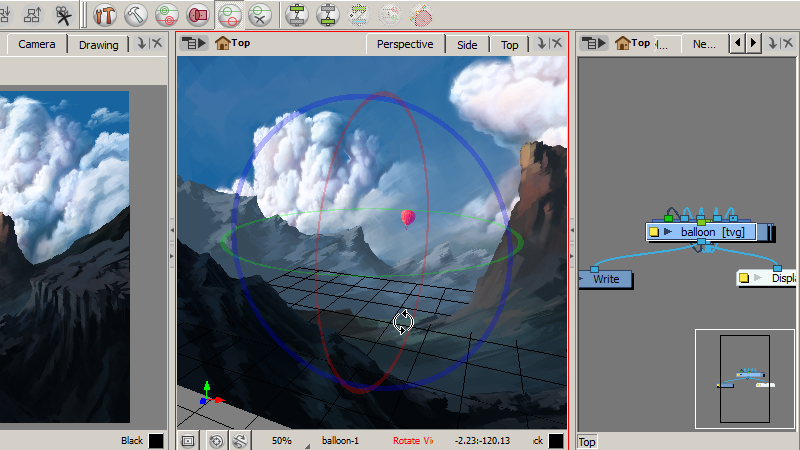 The 3D capabilities of Toon Boom Harmony allow you to take your scenes to a whole new level by combining 3D elements with 2D animation directly inside of Toon Boom Harmony by importing FBX, OSB or OBJs. This allows you to import 3D sets to use as your background for your 2D animations or incorporate multi-plane views that allow you to create the illusion of three dimensional depth in a scene. If you're ready to start learning Toon Boom Harmony check out these tutorials so you can get up and running and comfortable with the tools in a short amount of time. Whether you need to use Toon Boom Harmony in your pipeline for some of its unique features like its 3D capabilities or powerful rigging toolset you'll have what you need to accomplish any 2D project! http://www.digitaltutors.com/software/Toon-Boom-Harmony-tutorials