What's the Difference Between After Effects and Photoshop?

If you're not that familiar with After Effects or Photoshop and are getting started with Adobe's Creative Cloud, you may be uncertain which of these programs would be best for you. The pair seem like they have very similar features, but do they really? Photoshop is marketed as a photo editor and After Effects excels in motion graphics. So why is there so much overlap in their abilities and what's the difference between After Effects and Photoshop anyway?

Let's first take a look at their similarities. There are certainly many things they do have in common. First, After Effects (AE) has layers like Photoshop (PS). In both PS and AE you have a layer panel and can see the blending mode or layer styles applied to the layer. You can also align or distribute layers in your project and select multiple layers at once and transform them. Masks can be applied to layers in both programs in a variety of ways and some, like vector masks, are very alike. 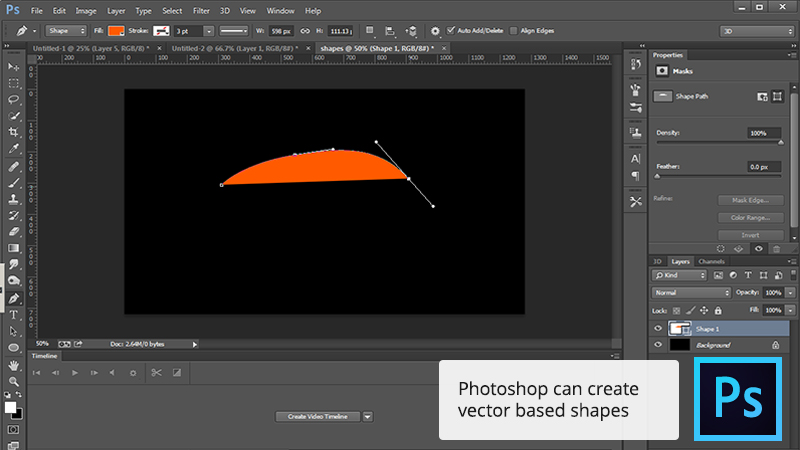 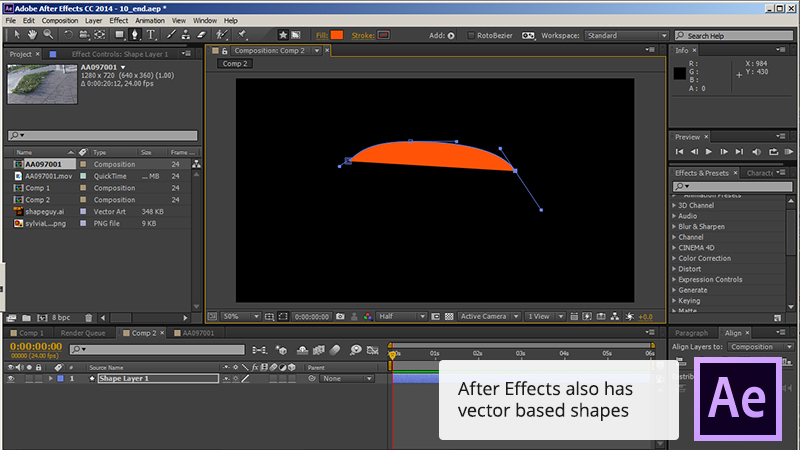 Vector layers are another similarity between the two programs. You can use a pen tool or shape tool to create a shape layer that can be transformed without losing integrity and maintaining its fill or stroke. They also both use Bezier handles to control curves between vertices in AE or anchor points in PS. Both programs also import vector layers from other programs. They both have the ability of maintaining the integrity of the vector information and also editing the vector layer in their native application and updating their instance in the project.

There is another similarity between AE and PS that doesn't share the same name. In Photoshop you have filters and in AE it's called effects. These are ways to change the appearance of a layer by distorting information, changing or redistributing color and graphical treatments that are too numerous to list. Effects and filters have become even more similar in recent versions of Photoshop that allow you to make a filter nondestructive and editable just like the effects in AE. In fact, many effects work exactly the same as the filters in PS and go by the same name such as the liquify effect, Gaussian blur, unsharp mask and median. This is where the similarities start to fade out. 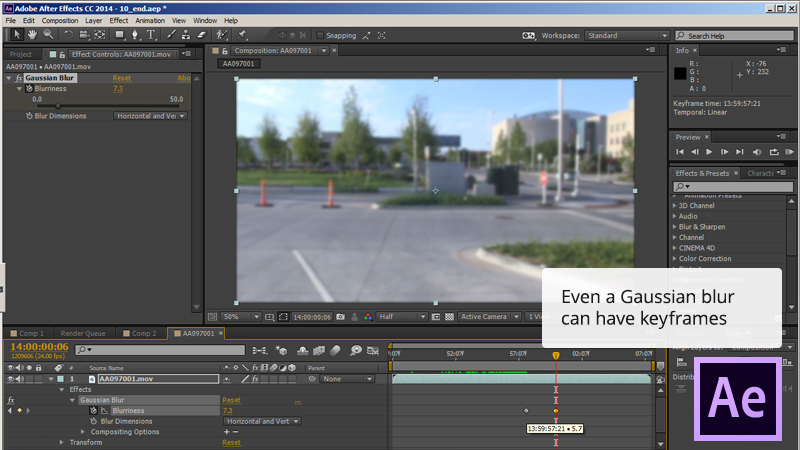 And Now, the Differences

Probably the biggest difference you'll notice in AE vs. PS is that After Effects does not have destructive effects or transformations. You can always revert back to your original footage or layer by adjusting the settings or deleting the effect. Even the brushes are more like an overlay on the footage that follows a vector path. Although PS has the ability to have nondestructive filters, it also has the ability to merge several layers into one flat layer that can be painted on directly or have a filter applied that permanently distorts or changes the layer. AE cannot make permanent changes to footage or layers like this. 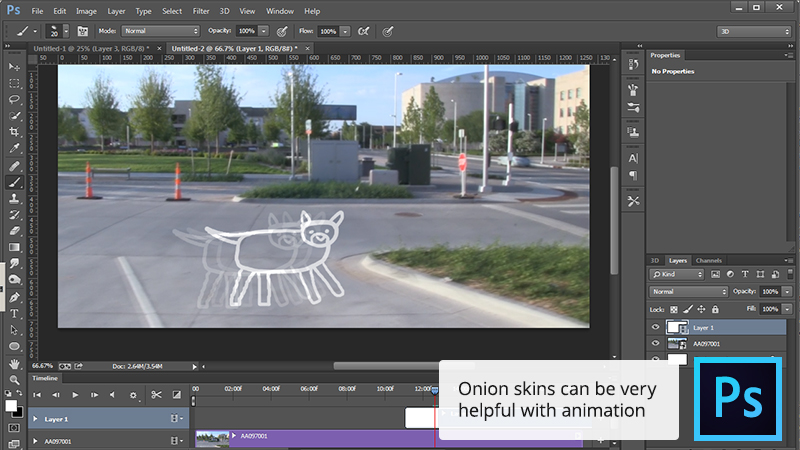 You'll also notice that although the programs share many tools, they also have tools that are not shared and are specific to their purpose. For example, PS is very brush driven and offers a wide range of touch-up tools for enhancing, correcting or manipulating photography. Even though PS has a primitive timeline to edit video, the video-based tools like onion skin are intended more for frame-by-frame animation than motion graphics or visual effects. On the flip side of that, AE has a very extensive effects library that is geared toward motion and can be easily animated on the timeline by adding keyframes.

Another difference is that PS handles text and formatting much better than AE. This makes total sense because AE has no intention of being a word processor or rendering for print. The type tools that PS offers have definitely come a long way since the days of uneditable text. You can now create paragraph styles and character styles that you can apply to text very easily. This makes it easier for web developers to implement text styles when receiving your files for websites. AE does have the ability to format characters and text, but since the end product is meant to be a video file, a robust tool set for creating character styles and paragraph styles is almost like giving a beard trimmer to a child. 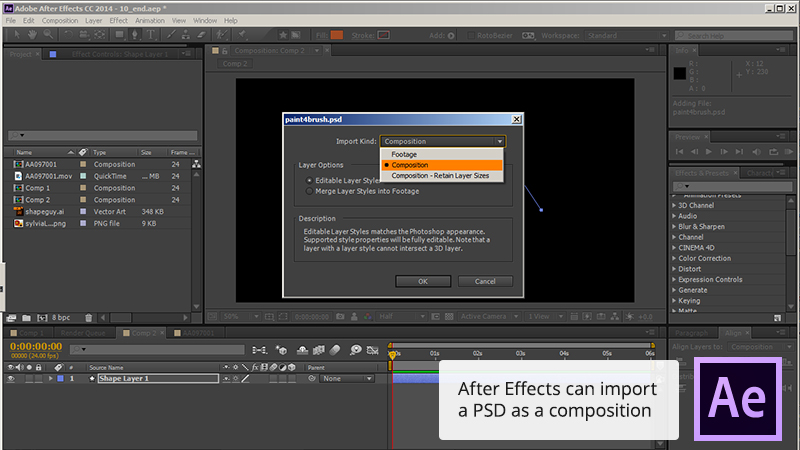 Despite their similarities and differences, the wonderful thing about PS and AE is their ability to work together. You can build a very complex PS document and import it into AE as a layered composition. Most layer styles and vector masks translate perfectly. Any weaknesses that the two have alone are more than made up for as a team. The same could be said for rendering out a movie file from AE and pulling it into PS for tedious frame-by-frame work. The two programs have a beautiful workflow and if you know one program well, the learning curve for the other is much less steep. If you're getting into animation, motion graphics or visual effects it's very beneficial to have some hours logged with both of these robust programs. Get started by testing your Photoshop and After Effects knowledge and checking out some great tutorials in Photoshop or After Effects today!