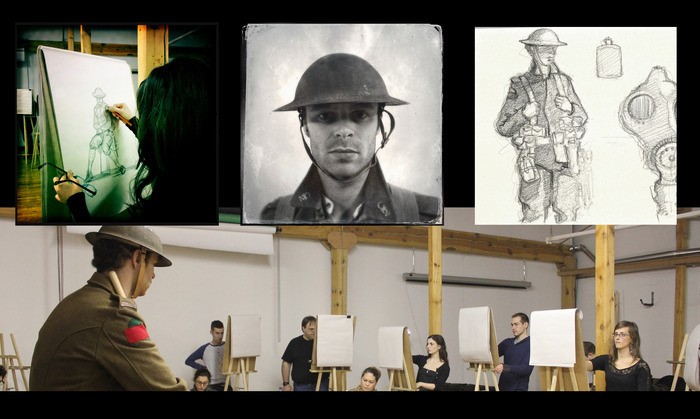 Blue Sky animating veteran, Chris Williams (Cloudy With A Chance of Meatballs, Wreck It Ralph), announced this week that he is about to finalize an independent Kickstarter project that will eventually become a short animated film called The Sketchbook. The short is based on actual soldiers' experiences during World War I, and the film's story surrounds a teenage boy who enlists in the army in hopes of finding his father, who also is somewhere deep in the battle trenches of Europe. The boy is also an artist and keeps a sketchbook where he records the sights that confront him along his journey. Williams' story is based upon these events while the visual style is inspired by famed illustrator and comic book artist, George Pratt (Enemy Ace: War Idyll, Batman: Harvest Breed). The film is also said to blend both 2D and 3D workflows with initial conceptual drawings depending heavily on historical research, live action references, and traditional illustrations. To approximate Pratt's style, Williams has enlisted his own army of artists and illustrators he has previously worked with from a variety of studios like Pixar, Sony, Blue Sky, Disney, and ILM. 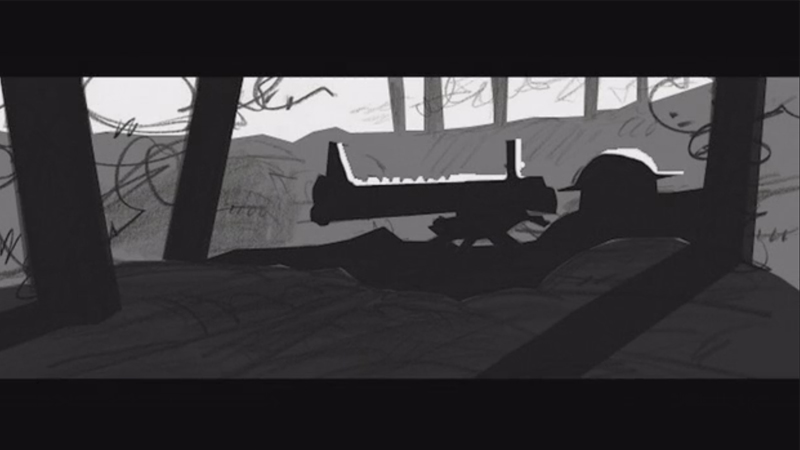 From the video footage showing some of The Sketchbook's initial concept drawings, it looks as if Williams is attempting to capture the expressive nature of the characters and the setting by using a chiaroscuro design that uses bold contrasts between light and dark colors to give  a greater sense of volume and dramatic feeling. 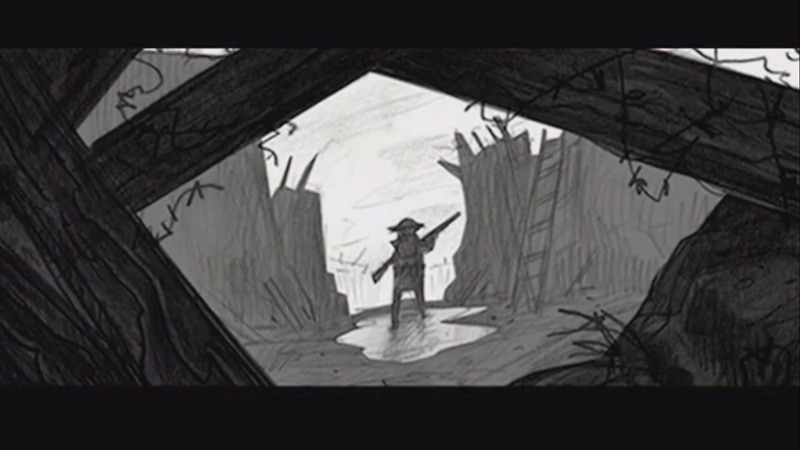 The Sketchbook looks to be an intriguing and moving short film for Williams given the amount of talent he's assembled as well as the style he has chosen to go with. His Kickstarter project is set to end at 11:00 a.m. CDT on June 28th 2014, exactly 100 years since the beginning of World War I. Check out Williams' promotional video and let us know what you think of his film's potential by commenting below.