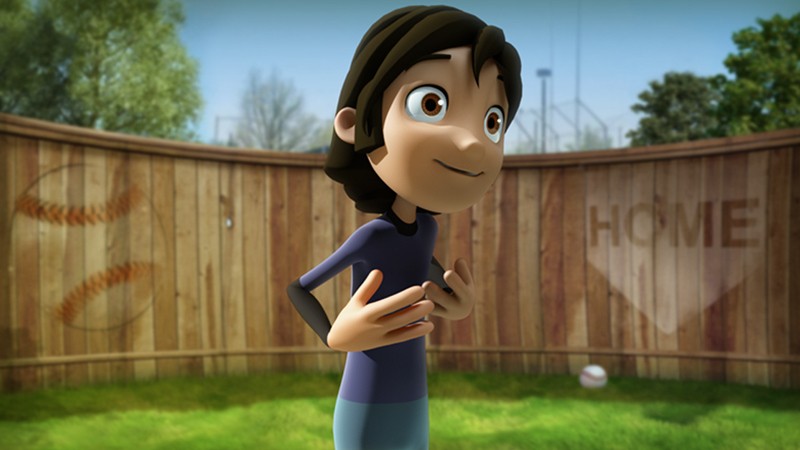 Become a Better Animator by Becoming a Better Actor: The Importance of Acting for Animation

As an animator you must be able to create believable movements. You must also be able to create believable performances that can make the audience feel like this virtual character is not only alive but they are also thinking and have a personality. That's why acting is something you must master. This article will cover acting for animation and why it's so important for great and memorable performances for your CG characters.

Why is Acting Important in Animation?

When you're animating you should be doing more than just moving the character around. Yes, you're creating the movements but there is so much more that goes into each animation you do besides making them obey the laws of physics and move in a believable way. Everything the virtual character does is controlled by you. As an animator you're essentially an actor with a computer and some software. Being an animator really adds a whole new level of complexity to traditional movie acting because not only do you need to create a performance for this character but you also have to think about every little action they take. If your character is scratching their head, how is the arm going to travel up? Does the shoulder move first? And how fast should the action be? With traditional acting the actor doesn't need to think about how their arm should move in order to scratch their head, it's just natural; they only need to ensure their performance is believable. You must make the audience feel like your character is alive and not alive because they're moving around on screen but because they're thinking and have a personality that makes them unique. In short, the audience should forget this character is fake. The same way you watch your favorite movie and feel attached to the characters, when watching the movie you probably don't consider them an actor just playing a part. If a character dies you feel sadness or hatred toward the antagonist. Your animations should evoke these same feelings toward the audience, even if it is just a cartoon. 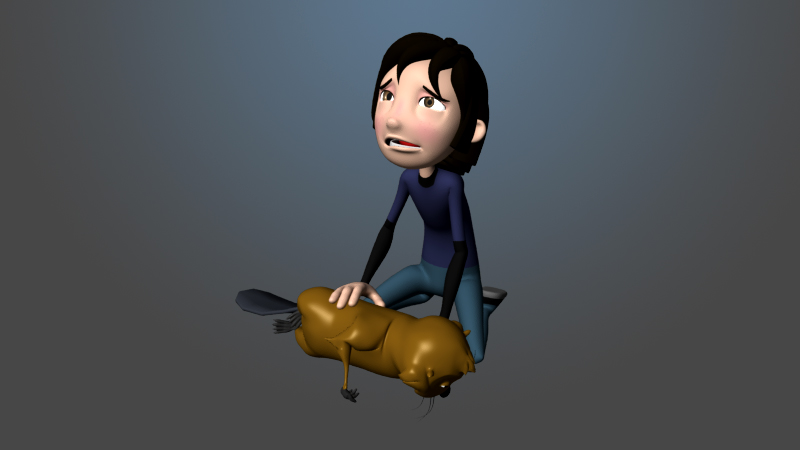 Some excellent examples of acting for animation are in a lot of the 2D Disney movies. The scene in Tarzan when the Gorilla king Kerchak was shot by the main antagonist you felt empathy toward him. Even though for the most part leading up to that moment he was not very likeable, but you were able to see his real character show through. You forget these characters are just a series of drawings played over a certain amount of frames.

The two most important elements you should be thinking about when animating performances is that the acting should be believable and appealing. These two principles are key to a successful acting shot. If you watch a movie with a bad actor it takes you out of the story and the world, what's happening in the movie is not believable. Whatever type of character this actor is trying to portray is not convincing, bad acting can potentially ruin a movie. In the same way bad acting means bad animation, this can mean a bad movie, short film or game. Sure, technically you're animation might be spot on, weight and movements is right, but if the acting is not believable it can ruin the entire shot.

How to Have Better Acting in Your Animation

Having better acting in your animations is actually a pretty simple step; you yourself must become a better actor. OK, so maybe that's easier said than done. You may have heard before it's a good idea to take acting classes as an animator and that's true, it can really help create more believable and appealing performances for your animations.

But being an animator it's likely you're not one to enjoy getting up on stage and acting things out, in fact, drama class may have been your least favorite subject in school. Even so, you have the acting genes in you and animation is your way of being able to share your performances with the world without ever having to step in front of the camera yourself. You can watch your favorite movies and study the acting, what made their performances so believable and well done? You can try to incorporate these feelings into your own animations. Get into the head of your character; understand who they are, where they're from and what their personality is. Are they shy or outgoing, do they have a short temper? These questions can help determine the performances you create. These things will most likely be established in the story and script department but even then you may only get a storyboard with a few slides to go off of. For instance, the script might say the character walks into a room and is happy to see the other character. It's up to you to ask important questions like were they excited and bust through the door?  Or did they casually walk in, notice the other character and then become happy? Maybe they opened the door very carefully because they wanted to surprise the other character. Try to make your characters think. They shouldn't just react or act on immediate instinct. Find places where you can show the thought process of your character. It can be something as simple as a kid quickly checking their surroundings before reaching for a cookie. One of the best ways to come up with acting ideas is to act it out yourself. Shoot video reference, you don't have to do this in front of anyone else, grab your camera and go into a quiet room. Play the dialogue and act it out how you feel it should be done. Go through all the potential scenarios and performances you feel best match your character's personality. Since you're the one acting it out you'll see your movements and acting choices shown through into the CG character. That's why it's so important you study acting.

Timing is a very important principle for not only creating believable movements but also for creating more appealing acting in your animations. How you time out your actions can mean more interesting acting or boring acting. Even timing throughout a shot can cause it to become uninteresting with not much personality. Something as simple as a shot where a character is running down a flight of stairs to see their loved one back from a trip may not have any dialogue, but how you time out the actions can create more believable and appealing pantomime acting. For example, instead of the character running down each step with even timing you can switch it up, have the character walk down the first few steps slower and as they continue down they become more excited and their steps increase, showing their thought process as they see their loved one. Maybe they skip the last few steps and jump straight to the ground. Having the thought process and reaction adds much more believability into your animations and adding variety in the timing of the actions creates for more appealing movement. It's important every action you create for your character has a reason. Acting is essentially a series of reactions, the character reacting to other characters or the environment or any other number of things. Make sure your character's reactions are indicative of their personality. For instance, with the example above of a character running down a flight of stairs, maybe that would work for an outgoing character but if this character doesn't get excited very easily, then it probably wouldn't be consistent of their personality. As an animator you should be considering your character's personality and who they are when coming up with the performances. Make sure you're using these techniques in your animations to ensure you have believable acting in your animations and you're utilizing the different principles to ensure it's appealing. To learn more about acting for animation check out Animating a Dialogue Scene in Maya and more 3D animation tutorials or share your thoughts in the comments below!