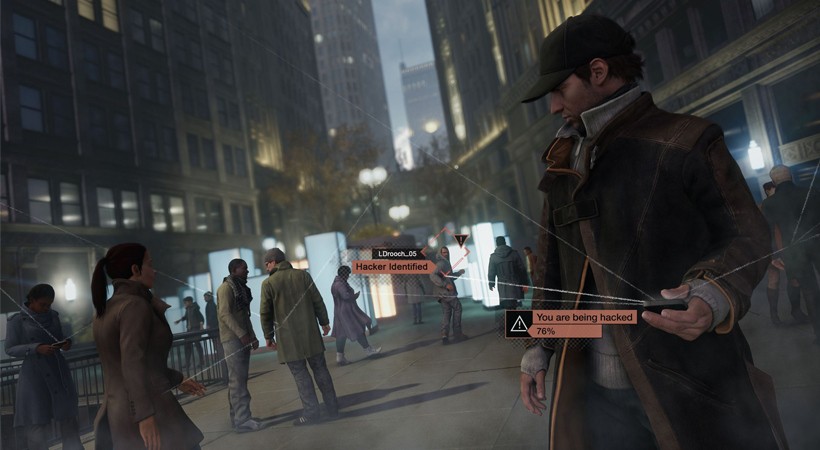 What's the fundamental difference that separates video games from other games such as card games or board games? What are the first things being judged by the player when they first start to play a game? The answer is the ‘3C’s’. The acronym stands for ‘Character, Controls, Camera’. It's used by many in the game development industry to quickly describe the complex, interdependent relationship between the inputs of the player and the reactions of their character on-screen, and how that character is captured in the frame of the game’s camera. Although many games don't feature a 3rd person perspective or even have a single controllable character at all, the 3C’s are still important. They also govern how the player interacts with menus and the feedback they receive. That being said, for this post, the target for most of the examples will be a 3rd person action game simply for the sake of focus.

The ‘Mass Effect’ series has steadily improved their 3C’s from the first game to become a gold standard in the industry. ©2014 Electronic Arts Inc. Trademarks belong to their respective owners. All rights reserved.

Why the 3C’s Are so Important

In short, the 3C’s are responsible for your initial experience; how you feel when in control of the game, how you interact with the basic core mechanics of the game, and really, whether those first few minutes are fun or not.

Beyond this, your experience with the 3C’s sets the tone for the interactions with the rest of the game: systems, story and basically everything else the game has to offer. If you have a good initial experience with the 3C’s you’ll welcome challenges that test your ability to control that character. Think about playing a 3rd person action-adventure game where you really feel in control of the main character, versus one where you don’t. If you’re constantly wrestling with controls, that navigation sequence which require you to jump at just the right time will become and exercise in tedium and frustration.

I like to use Maslow’s ‘Hierarchy of Needs’ as comparison to illustrate this point further. This theory essentially states that if you can’t satisfy fundamental needs, you can’t pass to higher ones. If you’re unable to satisfy the need to navigate your environment properly how can you move on to understand and enjoy the potentially awesome crafting system? The 3C’s should always be looked at as the bedrock a quality game can be constructed on top of.

Another very important aspect of the 3C’s is what role it plays in the concept of ‘Flow’. First proposed by Mihaly Csikszentmihalyi, “Flow is the mental state of operation in which a person performing an activity is fully immersed in a feeling of energized focus, full involvement, and enjoyment in the process of the activity.” The feelings described can only be achieved with the foundation of excellent 3C’s: If you’re constantly wrestling with a control scheme that has sub-par button placement, you’ll never be able to enter a state of ‘Flow’. Great 3C’s allow you to transcend the nuts and bolts of the core gameplay mechanics and ascend to a higher level thinking about the game.

There are some things to remember to help you create the best 3C’s for your game.

Feedback is one of the most important aspects when designing great 3C’s. Arguably one of the most vital facets of developing an enjoyable game (and often neglected in games that are considered less than stellar by both the gaming press and the average player) is the visual and auditory reaction of the game to the player’s inputs. Each action that the player makes, should have a clear reaction on screen. This may sound obvious, but as an example, try playing a game without sound, or use the ‘no HUD’ mode that some games offer. It makes the experience much harder and often without clues as to what to do to advance. The more ‘what do I do now’ moments you have, the more annoyance and frustration you’ll cause. The player can’t ascend your game’s ‘hierarchy’, nor can they enter a state of ‘flow’.

Hand in hand with feedback, is the responsiveness of that feedback. For example, when the player pushes a button to make their character jump, how quickly do they start to jump? Depending on the style of your game, this could range a little bit, but you can imagine the frustration of a game that required you to wait two whole seconds before you could jump, especially without any feedback to indicate to you that you’ve pushed the button. A lot of the responsiveness comes from reducing the anticipation on animations so they happen more quickly when a button is pushed.

Which actions to place on which buttons of a game controller, PC or the screen of a tablet game should follow a logical and ideally, user-feedback determined method. The most used actions should be at the most accessible places. Lesser used actions can be at more out of the way places or maybe require the player to push a combination of buttons. Test out your theories with as many people as possible. This goes for most aspects of game development, but is especially important with button mapping. In my experience, people tend to have very personal feelings about it, which often differ greatly from each other. It’s important to commit to having as much of a ‘scientific method’ as possible for this.

Although explained in a few points earlier in the article, ‘listening’ to the unique voice of your game is very important. To use an example for button mapping, precedents have been set in many game genres for certain actions; FPS games usually associate ‘fire weapon’ with the Left Mouse Button on PC, but it’s important to think of the unique qualities of your game when deciding on button mapping. Make the correct decisions for the type of game you’re making and don’t be crushed under the weight of tradition. If people agree it feels better to have a much longer anticipation to the character’s jump animation… do it. If people agree that the Left Mouse Button should have the player jump… do it. Again, the key is testing and getting as many people as you can to try out the game and make specific comments about the 3C’s.

When to Change Things up

So you’re happy with your inputs. You like how your character moves around the screen, and you like how it feels. It has some intangible qualities that make it feel great. Sometimes modifying those values you have set for all your inputs can be valuable in certain situations. Maybe there’s a section of your game in low gravity? Maybe a section that is underwater? Changing how the controls react with your player’s inputs keeps them learning, interested and can even increase the sense of ‘Flow’, if used properly.

The ‘Uncharted’ series has a history of altering the input values in certain moments to create emotion for the player. © 2014 UNCHARTED 3: Drake's Deception are trademarks of Sony Computer Entertainment America LLC.

Creating quality 3C’s means that your game will have a solid foundation. If you’ve succeeded, players will be able to move past thinking about ‘what button to push’ and think more about strategy, and overcoming the more complex obstacles you have set up for them. It’s a major factor in the ability to achieve a state of ‘Flow’ with your game. Even when you have this figured out, sometimes breaking your own rules can add a richness to your game that you otherwise wouldn’t be able to achieve.