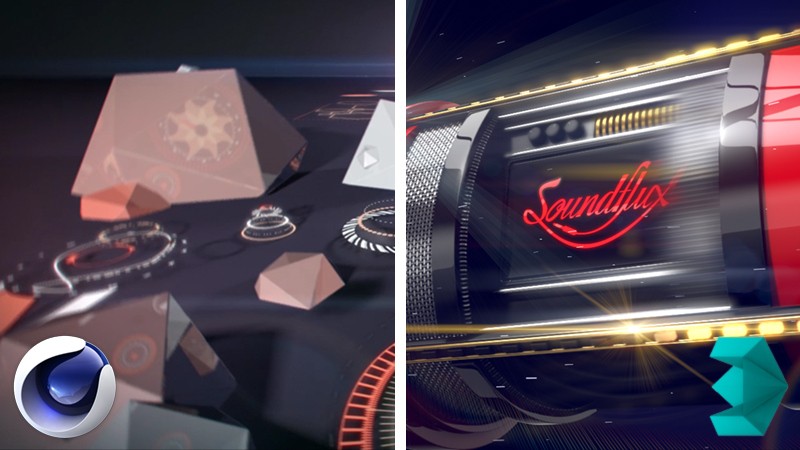 If you're a motion designer, chances are you've had some experience in a 3D application. While motion graphics rely heavily on programs like After Effects to create interesting pieces that help communicate or sell something to the audience, you also need to integrate 3D elements into the design. Since 3D has found its way into a lot of motion graphics, you'll need to find a 3D program to integrate into your pipeline. So the question now is which program do you choose? Two popular 3D applications among motion designers are 3ds Max and CINEMA 4D. Each program has its benefits and drawbacks, but is one better for accomplishing great motion design than the other? To help answer this question, let's take a deep look at each program to learn about their strengths and to help you decide which application to invest in, 3ds Max or CINEMA 4D. Before you decide on which application to choose, you should know the type of 3D work you're going to be doing for your motion graphics. The level of complexity of your projects can help you determine which program you need.

3ds Max is very popular among just about every medium that uses 3D elements, such as movies, games, television or arch viz. However, motion design is really a whole different monster, with very specific purposes. A big part of 3ds Max is its vast array of modeling tools that will allow you to create just about any element you'll need, from the huge list of modifiers to a streamlined workflow. 3ds Max has really been known as the go-to app when it comes to 3D modeling. You also have access to an extremely powerful rendering engine, mental ray, and some really great rigging and animation tools. 3ds Max also has a huge list of plug-ins that really help to enhance motion graphics and can make a lot of different tasks much easier. For example, 3ds Max can have the integration of FUME FX which can make the creation of effects and simulations much faster.

So with the powerful tools inside of 3ds Max, why would you want to use CINEMA 4D? Well let's find out. Often times creating 3D elements for motion graphics don't require as much complexity as something like animation for video games, movies or modeling for film. Maybe the thing you need to do is have some text spin around on screen, or have a 3D news banner form together from a bunch of smaller pieces. For someone who is new to the world of 3D, CINEMA 4D is really a lot easier to grasp and the learning process is often times a lot shorter than that of 3ds Max. While the overall tools in 3ds Max might surpass that of CINEMA 4D when it comes to modeling, animation and even effects, you as a motion designer need to be able to create nice-looking work in the shortest amount of time. CINEMA 4D has begun to gain a lot of traction among the motion graphics community for its ease of use and powerful tools that cater to the motion designer in you. For example, CINEMA 4D has what is called CINEWARE built into the program. This allows you to seamlessly integrate your 3D scenes from CINEMA 4D straight into After Effects. It also allows any changes you do to the 3D scene to automatically be updated inside of After Effects. This is one reason why CINEMA 4D has found its home in the hearts of a lot of motion designers. Along with CINEWARE, which makes the work between CINEMA 4D and After Effects much easier, there is also the MoGraph toolset, which makes it very easy to create things like flying logos and simple effects. Both of these applications have the full capabilities of providing you with everything you'll need. However, when it comes to motion graphics one has to come out on top for a few simple reasons. 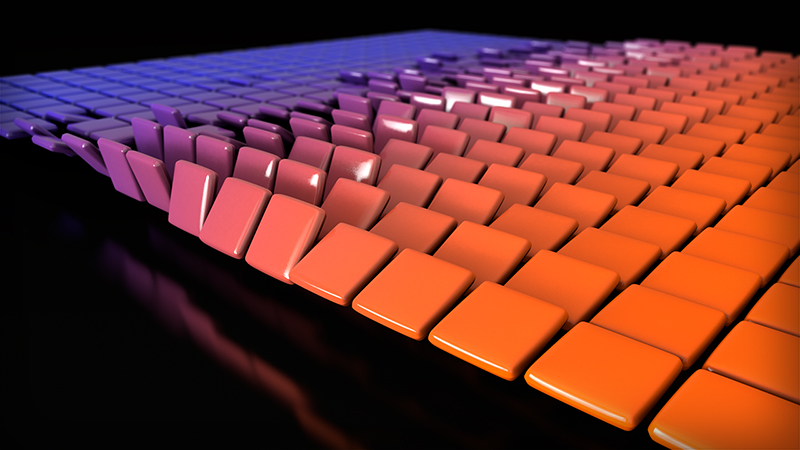 It's safe to say, CINEMA 4D is just faster to work with, from its responsiveness to its user-friendly layout. If you're a motion designer who only has experience in After Effects, and you want to broaden your expertise by breaking into the world of 3D, then CINEMA 4D will likely be a little easier to grasp. This isn't to say 3ds Max is designed poorly, not in the slightest. However, just the sheer amount of tools available to you in 3ds Max can be pretty daunting when the only thing you may need the app for is to create a quick 3D text.

In this category, 3ds Max really comes out on top. While modeling in CINEMA 4D can be done relatively quickly, there just aren't the amount of tools available as in 3ds Max. Of course, for motion graphics the complexity required for your 3D models may not be something like movies or games, but you can't always predict your next project. 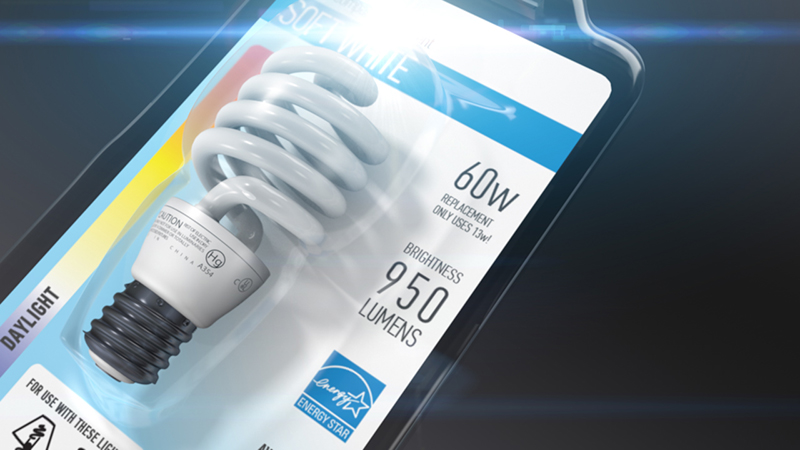 Rendering is a big part of 3D applications, and when you're creating motion graphics you need to present your 3D elements in a good way. As mentioned previously, 3ds Max has the powerful mental ray rendering engine built into the application. While this is a great renderer, it can take a lot of tweaking and finessing to get the results you want. However, with the CINEMA 4D render engine it can be a whole lot easier to get nice looking results in a very short amount of time. As a motion designer, you want to be able to get into the 3D application, create what you need and bring it back into a program like After Effects to finish it off. With CINEMA 4D this whole pipeline loop can often times be done much quicker. 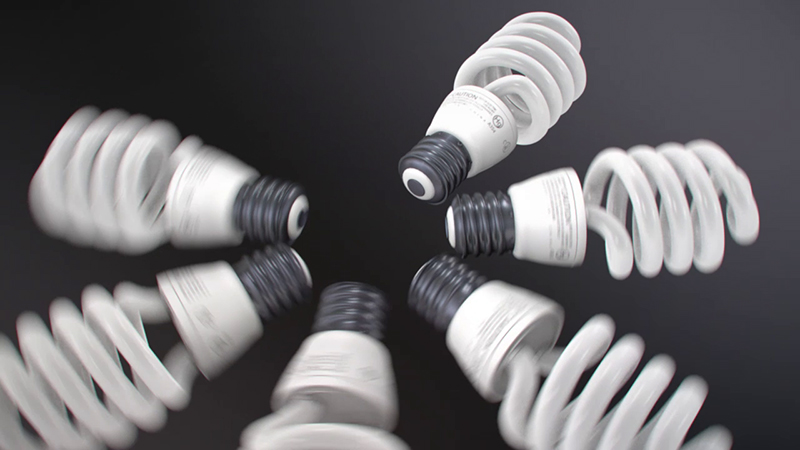 As you're probably aware, animation is a huge part of motion graphics. So which program is better at animation? Well, 3ds Max does have a robust list of animation tools, and a very powerful F-Curve editor. However, as mentioned above, CINEMA 4D has what is called MoGraph which can make a lot of the animations required for motion graphics much easier and faster to accomplish, like text and logos flying in or elements spinning and moving around a path.

When it comes to motion graphics, you should really know the scope of the 3D work you'll be creating. Of course, it's impossible to predict the types of projects you might get from clients, but as a motion designer you should already have an idea of the type 3D elements you'll be integrating in, whether it's a few 3D objects, or an entire 3D logo. While 3ds Max is an extremely powerful program, for motion graphics CINEMA 4D really comes out on top. Of course, with either program you can accomplish the same thing; it just really comes down to the speed at which you can accomplish these things. CINEMA 4D makes the integration between other vital applications like After Effects extremely easy, and with the powerful toolset like MoGraph CINEMA 4D has really become the staple application for motion designers. Whatever program you decide to use will be able to create great 3D work, and if you're new to the 3D world try out a demo for both CINEMA 4D and 3ds Max and decide for yourself which program you feel more comfortable with. If you want to share the program you like to use most for your motion graphics be sure to post them in the comments below!