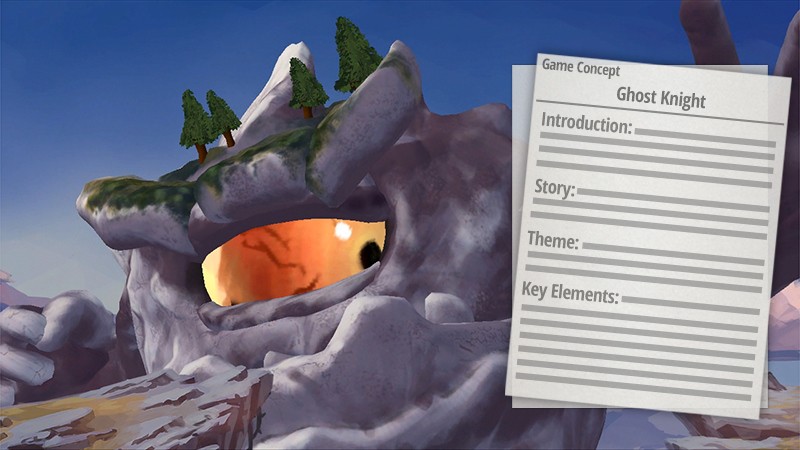 Game Concept: How To Come up With a Game Idea

When figuring out how to come up with a game idea, you can iterate on an already-popular game (take a developed idea and tweak it so it feels new and exciting), incorporate innovative technology into old games (AI, VR, etc.), or come up with an idea from scratch (observe and brainstorm).

Once you have figured out your video game idea, it’s time to put together a game concept that acts as a kind of instruction book for each of the departments involved. It’s also where they are able to lend their own thoughts and express their concerns.

What Is a Game Concept?

There are a lot of things that go into creating a great game, but the first and perhaps most important one is the “game concept” (also called game documentation). A game concept, in its simplest form, is the easy-to-understand vision you have for your game. It’s also a way for you to sell your game idea.

Your game concept should include exactly what the game is and what creating it involves. This includes the story, the art, and how you’re going to make money with the game. A written game concept puts everyone on the same page, knowing the expectations right from the get-go.

By everyone, we mean the:

You need to convince all the other people involved in the game’s development of your brilliant idea. Then you need to show them a road map for how to go about getting the game off the ground and into the hands of thousands of happy players.

Parts of a Game Concept 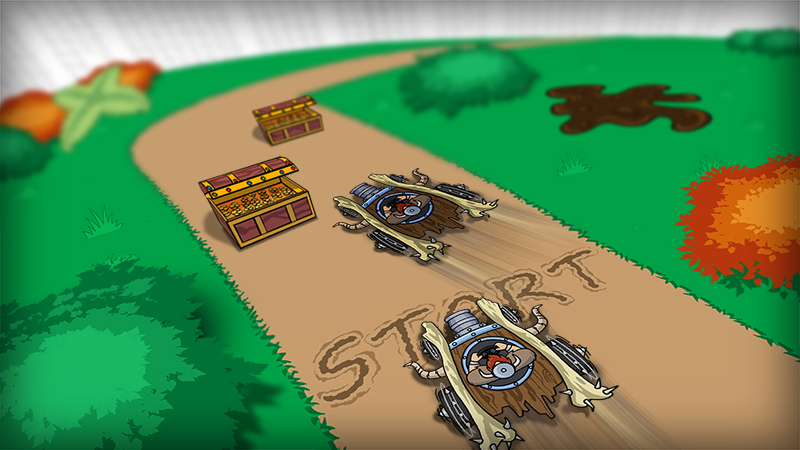 There are a few parts involved when coming up with your game concept. If you don’t fully form each of them, you’re likely to get your concept rejected by one or more departments. Take your time and come to the table with relevant facts and statistics, a unique and fully-formed story, some interesting details, and realistic financial goals.

Here are the basic sections of a game concept.

The core idea is at the beginning of the game concept. It presents the game idea in just a few paragraphs and gets the people involved excited about working on the game.

The core idea should include:

The complexity of the game will determine how in-depth this area of the documentation is going to be. By the time they’ve read your core idea, the reader should have a clear vision that aligns with your own.

Unless you’re funding this project yourself, you must get investors and/or a publisher to give you the money for game development. Even with a brilliant game concept, no one will help unless they know it’s a solid investment that can provide good returns. So, incorporating monetizing methods into your game proposal will help you secure funding.

For this section, you should have an outlined plan of how you anticipate making money off your game.

Profits may come from:

The next part of the financials is the amount of money you need to make the game a reality. Don’t go overboard here. Make it a realistic amount. If you’re a first-timer, people will probably be reluctant to throw money at you. Level your expectations on the budget that is offered and do what you can to work around the hurdles. To do this, find ways you can cut costs. This could be as simple as using a free 3D application like Blender or Maya LT to save money on expensive license fees. 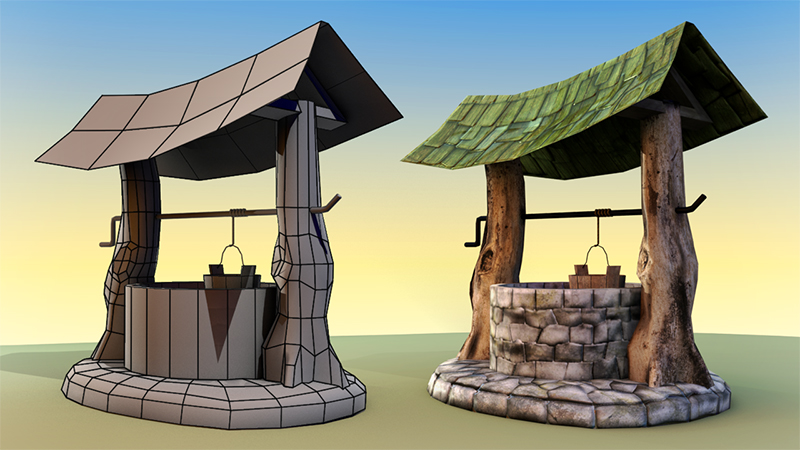 The art team needs to know what type of game they're going to be designing. Whether it's creating 2D or 3D assets. This is why it never hurts to include some concept designs for the direction you want to take the game, so the art team will get an idea of what they can expect. They'll also be able to identify any hiccups that might occur or the things that will be difficult to accomplish either with the time allotted, or the budget given. They will also be able to provide their own input on areas that might need adjusting in order to meet the deadline or the budget. For example, your game concept may say the world is inhabited with giant dragons of all different designs. Well, that's a huge undertaking, and if the budget or time isn't there it just won't be possible. This will also help to eliminate any problems further down the road.

Describing the target audience to your art team is also a big help. For example, the age range of the game’s players will determine the right type of art to suit expectations and engagement.

The Extent of Development 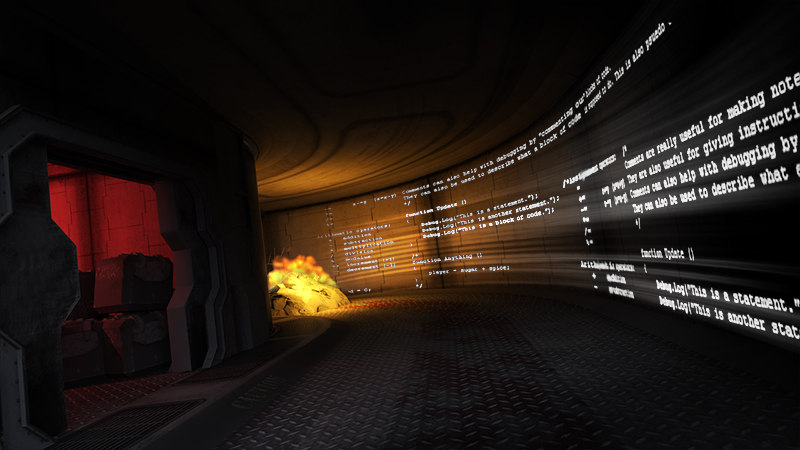 Developers want a clear understanding of what is expected of them. By mentioning the extent of the development required, it will help them identify things that might be difficult to accomplish. Getting developers involved in the development process early on also allows them to find things that can be improved upon or added to enhance the gameplay.

Include the platforms you want to launch the game on. This will give the development team an idea for what they’ll need to create a cross-platform game that can easily be ported over to any device or system.

And again, be sure to describe your target audience. The complexity of the gameplay mechanics relies on knowing this bit of info.

In short, a marketing plan describes how you want to get your game to your players. The ins and outs of any marketing plan for your game is best left up to the experts, but help get the ball rolling by introducing your thoughts on the subject.

The contents you should include are:

When coming up with a game development idea, there are a few mistakes you should avoid for your best chance of success.

First, don’t make the mistake of having a too-short game concept that isn’t detailed enough. It will discourage and confuse every department involved. You need a game concept that the artists and developers can refer back to whenever they need answers regarding the project.

Second, don’t make the mistake of putting together the game concept in a rush. This will make it feel jumbled instead of professional, deterring investors, publishers, artists, and developers from wanting to be involved.

Third, don’t make the mistake of not putting your game concept on paper. It will help create a road map for your game and make the creation process, from beginning to end, much quicker.

Finally, ensure that you’ve got a killer game idea to set you apart from the competition.

There are dozens of ways to come up with new and exciting video game ideas.

One of the most popular (because it works) is to take an already-developed idea and tweak the details enough for it to feel both familiar but also new and exciting. The problem with this approach is that other developers have the same idea; there ends up being hundreds of different iterations from the same idea and yours may be challenged to find a large following.

Another way to come up with a game idea is to figure out what types of things make other new, innovative games a hit and then incorporate those same principles into a fresh concept.

Otherwise, if you want to be totally original and come up with a brand-new, innovative game concept, you must start from scratch.

Let’s go over each of these three ways to develop a game concept. But first, here are a few things your game should be, no matter the concept:

1. Iterate on an Already-Popular Game

Iterating on entire concepts or even just unique details is a relatively quick, easy, and secure way to come up with a video game idea. Isolating what works and using that in a fresh way often gives satisfactory results.

For information’s sake, here’s a breakdown of the most popular video game genres for 2018 in the United States:

When deciding which genre to go after, you can think in two ways:

Either way works as long as you offer something that no one else does. However, video game ideas are a dime a dozen, so what might be even better is combining two or more genres into one great game. For example, Grand Theft Auto (by far the most popular action game franchise of all time) uses a combination of action, shooter, racing, and strategy all wrapped up into one fantastic franchise.

The capacity for replayability is really what pushes a game to succeed. Here are a few innovations that have been used recently, to great acclaim.

3. Come up With an Idea From Scratch

If you’re intent on coming up with a brand new game concept, here are 6 ways to get your thinking juices flowing:

Pluralsight has plenty of resources that can really help you create a successful game concept. For everything from video game ideas to actual game development, check out what all we have to offer!