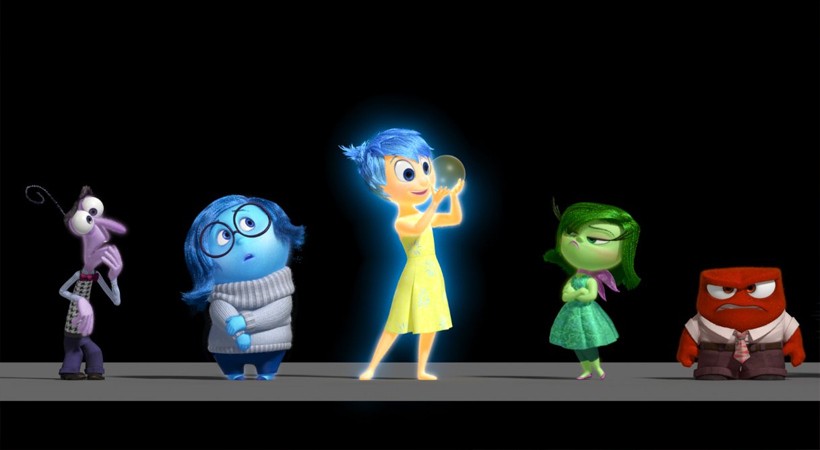 Your First Look At Character Design in Pixar's New "Inside Out"

Disney Movies Anywhere released some early images of Riley Anderson, the young female protagonist from Pixar Studio's up-and-coming feature, Inside Out. Riley is a young girl with a lot going on in her life due to her family's relocation from the Mid-West to San Francisco. She also has a lot going on in her head with a gang of different personified emotions struggling to give her advice. The film was written and directed by Pete Docter (Monster's Inc. and Up) and features a cast stacked with comedic talent. There is Amy Poehler who plays "Joy," Mindy Kaling as "Disgust," Bil Hader who voices "Fear," Phylis Smith as "Sadness" and Lewis Black as...you guessed it..."Anger." It's a story that seems inspired somewhat by 15th Century "morality plays" like Everyman, which used similar allegorical characters like Strength, Beauty and Knowledge. The first images of Riley are indicative of Pixar's/Docter's preferred style of illustration and modeling for female characters. You can see in these two images below the roundness of Riley's face, which suggests childhood, but also a slight elongation of the face, which suggests her maturation. She's presumed to be tween-aged. There are also the requisite large eyes that also give a child-like quality to the character, but has also come to be applied to adult female characters as well. The images also reveal some non-uniformity of Riley's teeth with one slightly crooked. The dental imperfection also suggests childhood and gives her face a realistic quality. 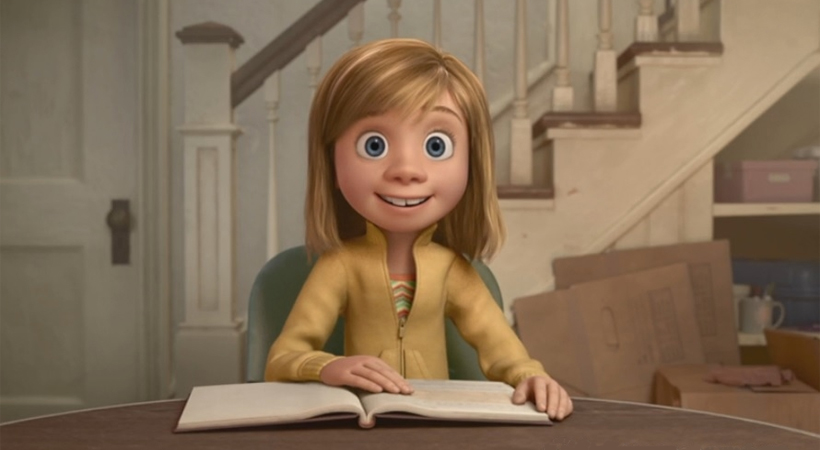 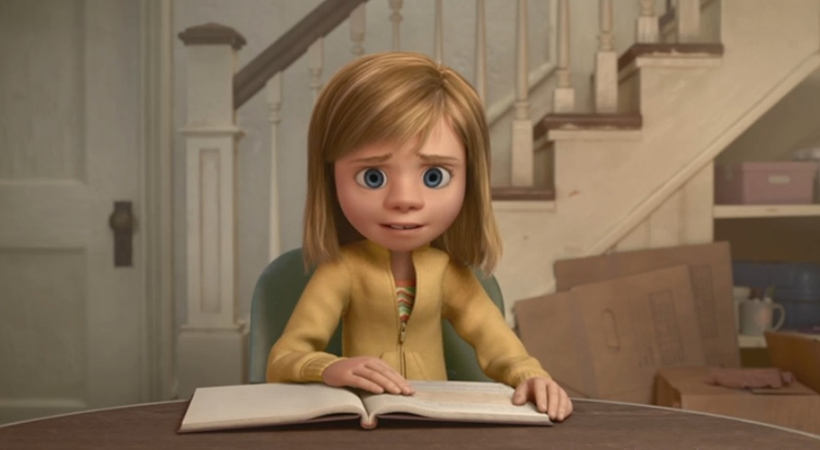 It's interesting to compare these images of Riley with some of Pixar's other female characters from other films. Below are two examples: A twenty-something Ellie from Up (left) and Boo from Monster's Inc. (right). When compared with these two character (one older and one younger), Riley's eyes appear further apart, which actually gives them more realism despite their unnaturally large size. In character illustration, you typically try and keep an eye's width of distance between the eyes. This larger eye spacing also appears to have prompted concept artists to widen Riley's nose a bit to take up the extra space. However, this traditional rule of illustration is ignored in the two characters below. [caption id="attachment_29458" align="alignnone" width="800"] 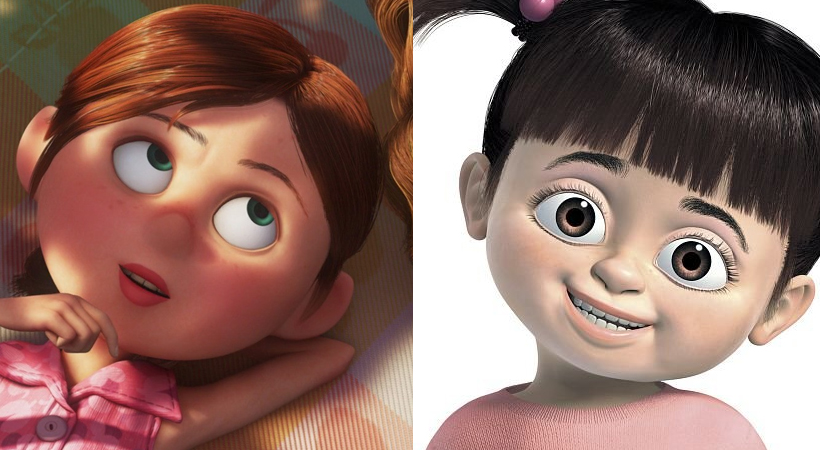 Another interesting difference between Ellie and Riley's face is Ellie's lack of nostrils. Having nose holes definitely helps create more realism for Riley's character.[/caption] What is most impressive about Riley’s rendering is the fineness of her blonde hair. This was not just a choice for creating realistic hair as much as a necessity for depicting blonde hair, which is typically finer. It seems more logical that Boo and Ellie’s brunette and red hair would also be rendered coarser given that that style of hair is naturally so. It would seem that CG resolutions in 3D animation along with RenderMan’s computation powers have progressed enough that realistic, finely-stranded blonde hair is now possible. You can see quite a difference in hair quality when you compare Riley's hair to Andy's mother's hair in Toy Story 3 (2010) on the right. 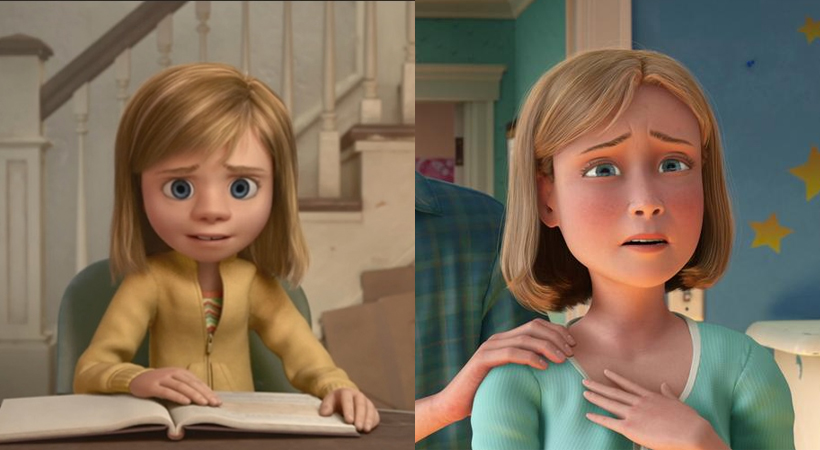 Inside Out opens in theaters on June 19th, 2015, accompanied by "Lava", a musical short directed by Pixar head of animation James Ford Murphy.