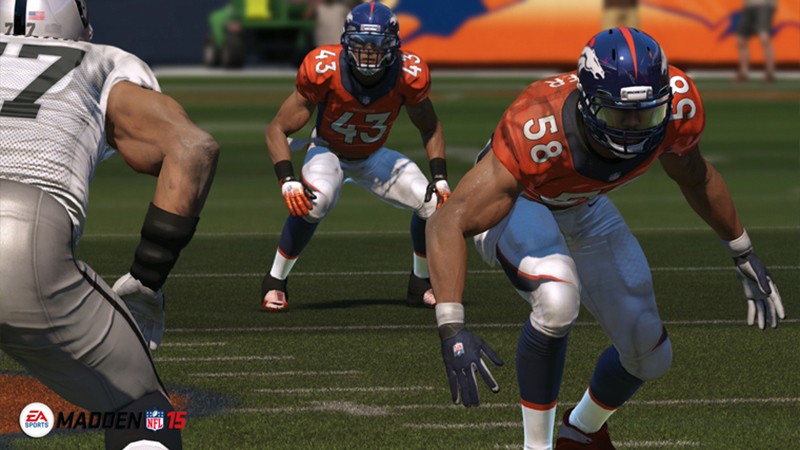 Are you ready for some football! Specifically, are you ready to throw the old digital pig skin around? EA Sports is bringing out the latest installment of its hugely popular football franchise. Madden NFL 15, which is set for an August 26th release and promises to be a truly next-gen game that delivers a more robust graphics package than last year's 25th anniversary game. In addition to some improvements in AI, the game's dev's hope to enhance gamer immersion with improved lighting and shadowing and finer details. By leveraging improvements in scanning technology, the game's designers are being given the power to create more realistic renderings of individual players. The game's photorealistic approach was a center piece within its official trailer release in early June. The trailer features the Carolina Pathers own Luke Kuechly who morphs into his digital avatar just before taking the digital field. A quick comparison of Madden 15 with last year's release, Madden NFL 25, reveals EA's dev's are making strides when it comes to detail and lighting. The following images come from Madden NFL 25 (right) and Madden NFL 15 (left). You can see that the Madden 15's improved resolution has increased details within the players facial features as well as their muscle structures. For example, the arms of the Madden 15 players have much more muscle definition. You can see each of the various muscle groups and veins that make up their bicep area while the Madden 25 players' arms appear more as solid objects. 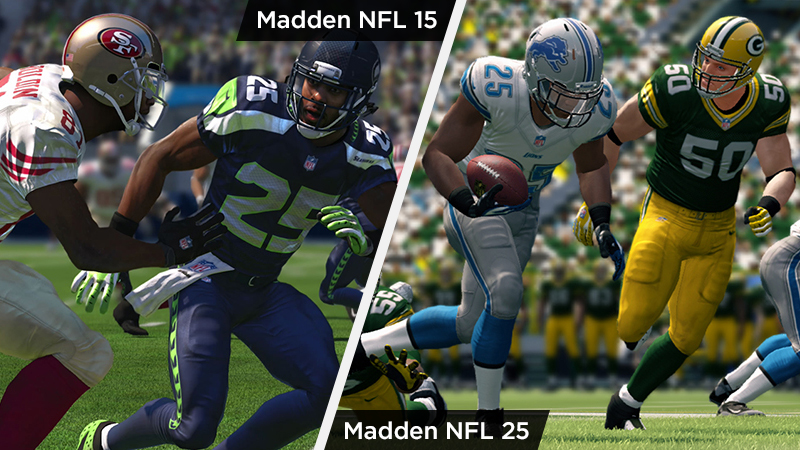 Much of this detail is also owed to the increase in Madden 15's light and shadow rendering that catches more of the detail of the uniforms. For example the San Francisco player's uniform contains many more discernible wrinkles and folds than the Madden 25 players. With these updates to Madden NFL 15, EA seems to be putting the computing power of next gen consoles to the test with the result of creating a more realistic and immersive experience for fans of the franchise. Comment below and let us know how you think the graphics of Madden NFL 15 standup against its predecessors.