News from NAB: Day One

What happens in Vegas isn't going to stay in Vegas this year. We've got a team on the ground at NAB in Las Vegas to update you with some of the key takeaways from NAB throughout this week. Each day we’ll put up a new post with some key highlights from sessions, interviews and NAB news throughout this week. You may not be in Vegas for NAB, but this is the next best thing. NAB started over the weekend with a few smaller sessions, but the real show kicks off with the expo today. So for this post we'll be tracking all of the updates from today, Monday, as well as some things that you may have missed from those sessions over the weekend. Jump to the updates in this post using the links below. Be sure to check back often for updates and while you’re waiting, we have twelve free courses to celebrate NAB this week. Learn more about that over here. 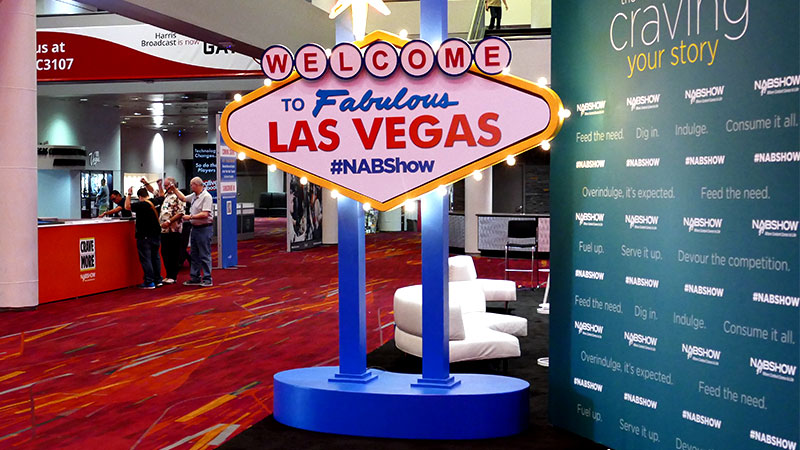 It's been about a month since Maya LT 2016 was released by Autodesk, which was the first of their 2016 suite of software. Now, Autodesk has officially announced the rest of the suite. The actual date of availability is expected to be this week, during NAB, although we have yet to be able to officially confirm that. Read more about the Autodesk 2016 updates here. [ Go to Top ]

Our team saw some banners at NAB over the weekend that teased at a new Blackmagic URSA Mini. Today, Blackmagic Design confirmed the URSA Mini and we've got the scoop on all of the details of this amazing new camera, along with some of the other great announcements from Blackmagic at NAB. Learn more here. [ Go to Top ]

Industry panel discusses the transition from film to digital in theaters

Over the weekend, a panel of industry experts in the theater industry discussed the history of the transition from film to a digital world. Moderated by Bill Mead, editor and publisher of Digital Cinema Today, a panel at NAB that offered some interesting insights into the transition from film to digital in today’s movie theaters. As Mead recalls, the transition is rooted in the 1990s when Kodak introduced a new 8-channel sound format. If you were in the theater business, according to Mead, in 1990 ‘going digital’ meant adding digital sound because no one thought about the picture. Less than a hundred theaters equipped Kodak’s new sound format, but the impact this had was to wake the industry up to the possibilities of digital formats. By 1995, digital sound was commonplace in theaters. Most industry insiders at that point were saying it’s only a matter of time before this whole industry gets rid of 35mm film and goes digital. The problem was, around 1995 the technology wasn’t good enough to get a digital picture on the screen that looked as good at film. The picture side started with Texas Instruments presenting a Super VGA picture. It wasn’t good enough to replace 35mm film, but it was good enough to give the industry experts the confidence that digital was the way to go. In the early 2000s the industry came together and digital jumped forward with the birth of DC28 from SMPTE and the Digital Cinema Initiatives (DCI). Texas Instruments’ DLP technology became the frontrunner as it became clear the picture had to be 2k or better. The European Color Initiative (ECI), who worked with the Society of Motion Picture & Television Engineers (SMPTE), developed the standards for this new technology. 2005 was a turning point for all of digital cinema, because DCI’s finished specification was issued. This really helped vendors creating the equipment for theaters the specifications they needed to build their equipment. At the same time, 3D movies started to become popular. While it was possible to do a 3D movie with film, it really worked a lot better with digital. Exhibitors could put 3D into their theaters on a theater-by-theater basis and make the theaters pay for themselves. This had a big effect, because it gave theaters around the world a reason to put in a digital projector. As a result, theaters around the world started to adopt digital and, as a matter of necessity, started to learn what a digital projector is and how to install them. If you remember this rush a decade ago when the term “3D” seemed almost gimmicky as it was thrown into everything at the theater, so many people in the theater industry got their feet wet in the digital world by way of 3D. Regardless, the advent of stereoscopic 3D in movies was a really important part of cinema history because it helped usher in the digital age for projectors in theaters. Later in 2005, Carmike Cinemas was the first major theater chain to dive into digital when they bought 2,300 of the first generation digital projectors all at once. According to David Pflegl, the Director of Technical Services for Carmike Cinemas, those initial 2,300 projectors are actually still in use today through upgraded lenses and technology over the years. By 2010, the industry saw the peak of deployments for digital projectors as theaters were putting digital projectors in by the hundreds. At the same time, 4K was coming around, 3D was getting better and the industry started to explore some of the possibilities with digital projectors, like higher frame rates. While digital cinema certainly has a lot of benefits across all of the industries it affects, one of the key benefits, according to Alamo Drafthouse Cinemas’ Chief Development Officer Timothy Reed, is consistency in quality. “Consumers definitely appreciate the fact that when they’re in the theater in the sixth week of a run, they’re not watching a scratched print,” Reed said. [ Go to Top ]

Another software update was just announced at NAB as Thinkbox Software laid out some of the features in their latest render management software, Deadline. Check out the full press release here. [ Go to Top ]

During NAB this week our team sat down to hear Douglas Spotted Eagle talk about his experience working with POV cameras in various films and television series. He also discussed the top three professional level POV cameras and the things you should look for when choosing a camera that will work best for POV shots. Read the full article here. [ Go to Top ]

Another updated piece of software was just announced at NAB 2015. This time it's the production and asset management tool, Shotgun, receiving an update to version 6. Check out more details here. [ Go to Top ]

How to Be a Successful Freelancer

Freelancing is a big part of many artists career. In this post we go over some of the highlights during Amy DeLouise's in-depth talk on how to be a successful freelancer, and some of the key tips to keep in mind to push your career to the top. Check out the full article here. [ Go to Top ]

Two industry veterans, David Keighley at IMAX and Jan Yarbrough at Warner Bros., discuss some things to keep in mind to be able to keep the creative vision of a movie while at the same time dealing with ever-changing technology. Read the full article here. [ Go to Top ]

Working on a video project? Today at NAB AJA Video Systems announced they're investing $1,000,000 into a new a program to invite end-users in the US and Canada to try their professional camera, CION, on their projects for free. Since it was announced last NAB a year ago, the CION camera has been a popular choice for videographers needing a 4K/UltraHD and 2K/HD production camera. Learn more about this great offer and sign up for the program over on their site. [ Go to Top ]

The Future of VR

It’s no secret that Virtual Reality (VR) has seen an explosion in recent years as technology has finally allowed us to create compelling virtual reality experiences that truly makes us feel like we are in the game. During this week of NAB Arthur van Hoff and Scott Broock of Jaunt VR took the stage to discuss VR, the advancements, and what we can expect in the future. Read the full article here.

Although it's been in the works for over a decade, no one would be surprised if you hadn't heard of ACES before. Still, it's something that's only going to become more popular as it gets adopted in the industry. Whether you're a 3D artist or a VFX artist, if you render or output any sort of file format you should know about this infrastructure as it has the potential to affect your pipeline. Read more here.