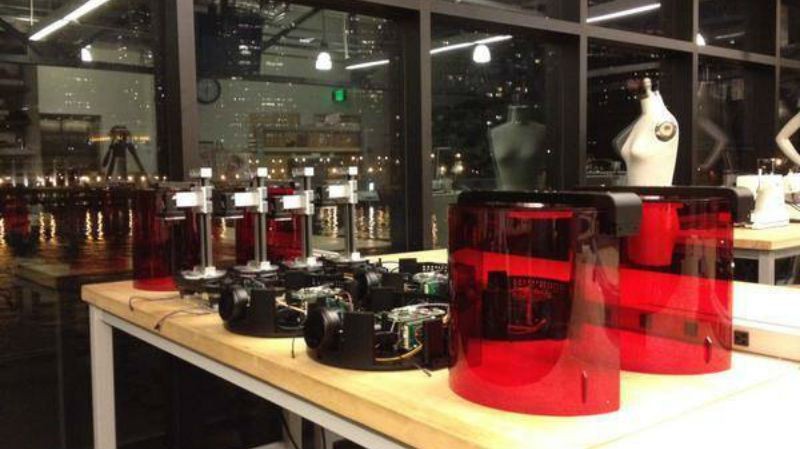 The concept of in-home 3D printing being available to consumers has become more of a reality as Autodesk earlier this week shared that their new, 3D printers are in the production process. The picture shared by Autodesk showed a line of printers that seem to be nearly completed. The printer was originally designed in London, and they are now being constructed in San Francisco at Autodesk's Pier 9 Workshop. The announcement for the bold and ambitious Spark campaign was made back in May by Autodesk CEO, Carl Bass. The two-part project includes Spark, an open platform software for 3D printing, as well as Autodesk's own model for a 3D printer. Bass stated that he hopes for his new project to become the "Android of 3D printers," by becoming the standard, go-to operating system. Check out Carl Bass' interview with Bloomberg TV, for more details about the Spark project: As designers and manufacturers experiment with 3D printing, the more they begin to understand the vast potential for this new technology. New ideas and products are being printed everyday. Some of these are common, everyday items such as eating utensils. Others are revolutionary, such as a knife-blocking sweater, invented by art students in London. You may be thinking to yourself, 'this would be useful if you can't find a fork to eat lunch or if you're in sudden need of protection in case a knife fight breaks out...' But what do these capabilities mean for professionals? Larger 3D printers are already being used to print CAD models into life-size structures. A group of students at the Institute for Advanced Architecture of Catalonia produced a 3D printing robot to print an architectural structure made of concrete. The concept is far from being ready for the marketplace, however it's pretty interesting to see some of the possibilities. Another project by a company in China used 3D printers to print 10 houses in a single day! The estimated price for the Autodesk 3D printer is $5,000 (according to the New York Times) and should be available before the end of the year. Who knows, maybe you'll be able to print everyday items, such as a coffee cup, in your own home sooner than you think. How would you use a personal 3D printer? Let us know in the comment section below.