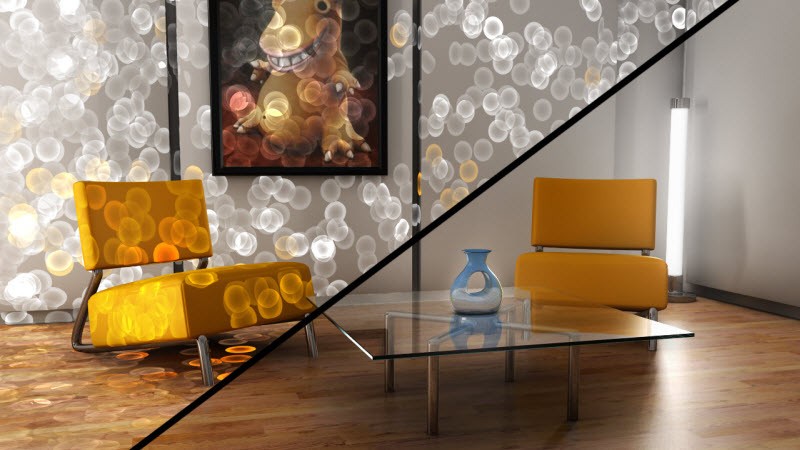 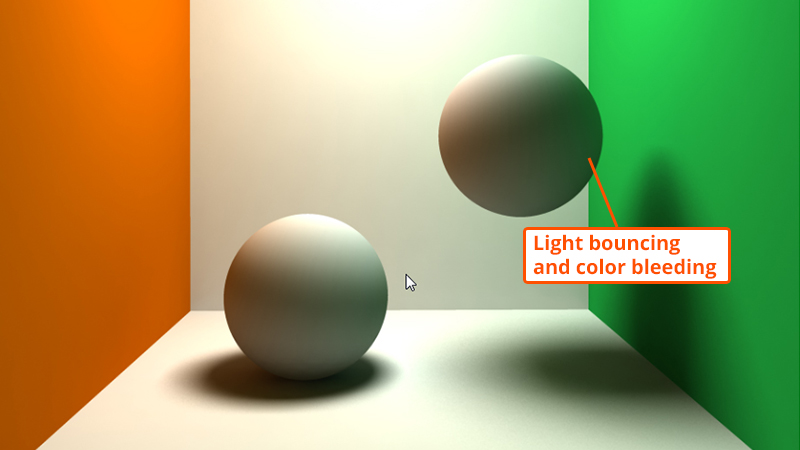 For example, if you look at the image below closely you'll notice that the green color of the wall is being cast onto the sphere on the right side of the image. That effect is referred to as indirect lighting because the green light isn't being cast directly from a light but rather is the result of a white light being cast in onto the green wall which is then bleeding onto the nearby sphere. Global illumination plays a big role in getting this distinctive and often necessary look. 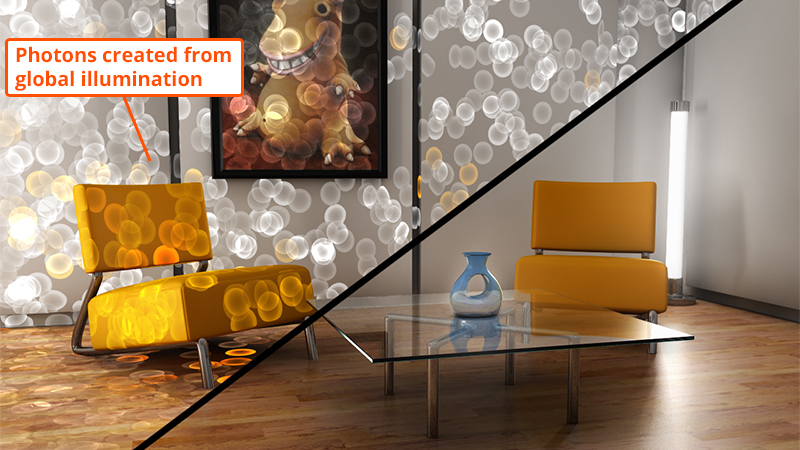 To achieve its effect, global illumination relies on the use of photons in mental ray. From a scientific standpoint, a photon is basically the particle that is responsible for light energy. Think of the photons as a tiny particle in your render that holds a certain amount of energy and when you put together a lot of photons in your scene, the end result is the light that you see in the render. These photons are emitted from the direct light source in your scene. When a photon is emitted and comes in contact with a surface in your scene it inherits that surfaces color and energy value. Once it bounces off that first surface it carries those values to the next surface it contacts, and continues bouncing until it is absorbed, creating an indirect illumination effect as shown in the sample image below. So global illumination essentially imitates the same effect that you would see in the real world.

So when would you want to use global illumination? Global illumination certainly isn't going to be the "one size fits all" way to achieving photorealistic renders in every project. For example, you may not want it for something like a toon-style render where you'd very specifically want to avoid indirect lighting effects. It is; however, great for architectural visualization, interior renders, scenes with direct sunlight and photorealistic renders. Basically, you would want to use global illumination whenever light needs to interreflect (or be cast back) and bounce multiple times over a large area in your scene. This is especially vital when trying to make things look as realistic as possible. Using global illumination gives you the ability to capture indirect illumination, the real-world phenomenon where light bounces off anything in its path until it is completely absorbed. For example, a crack at the bottom of a door can cause light to come into a room or red walls reflecting light from the light source can cause the wood floor to have a red hue. By using global illumination to achieve these types of effects will create a much higher level of realism and believability in your renders. Take a moment out of your day to simply look around your home or office and notice the ways light interacts with the environment. Make a particular mental note about the ways light reflects on objects as well as the source of the lighting. By becoming more observant about simple everyday occurrences like this, you’ll become much more adept at capturing that look in your renders. 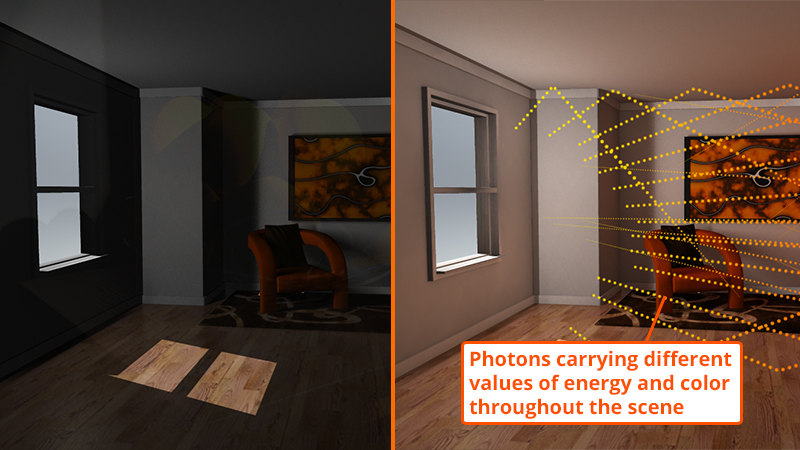 Tips for Setting Up Global Illumination in mental ray When rendering with mental ray you will need to turn photon emission on for both the light source and in the render settings. If you don't do this, there will be no indirect lighting effects applied to your render. By default, all objects will cast and receive photons but typically not all objects really have to both cast and receive photons for you to achieve the look that you want. To reduce render times or fine-tune the look of global illumination you can specify exactly which objects should cast and/or receive photons. For example, you can set only specific objects within your scene to receive global illumination. 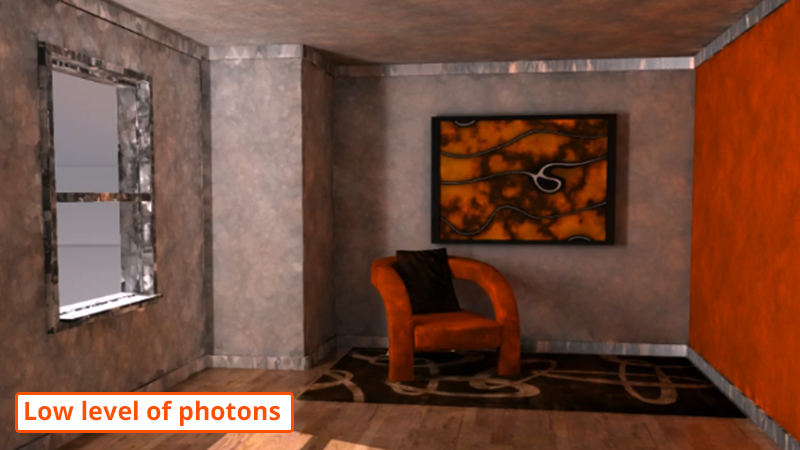