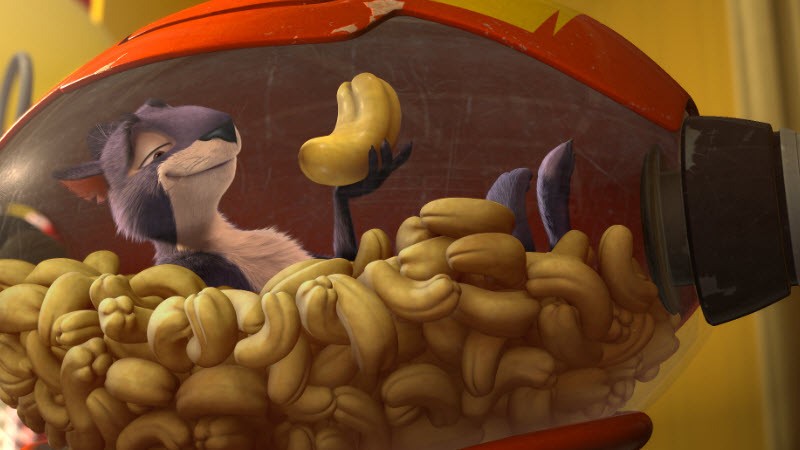 Fellow animators and animation fans have probably started to see some Surly squirrel imagery of late with the upcoming release of The Nut Job, out January 17th. In this latest animated feature film, all goes wrong for one squirrel, voiced by Will Arnett, and he's left with a park full of critters to answer to and support after he destroys their food source for the winter. What's there to do? A heist known as The Nut Job. Take a look at an extended preview we were able to get for our members:   Just from the trailer, we already can see some great shots from the animators who worked on this project. From the dance/celebration to the explosion of the tree the whole park relies on. The models are also looking stellar, with a great attention to detail on the fur that needs an almost elevated level of realism to create the believable shots. We can't wait to see more from the artists and the film. According to Cartoon Brew, The Nut Job is based on a short film made by veteran CG animator Peter Lepeniotis, who is also the director, in 2005 called Surly Squirrel. Lepeniotis co-wrote the screenplay for this new film with Lorne Cameron. The $45 million film is co-production between ToonBox Entertainment, Redrover, Ltd and Gulfstream Pictures. Whether you're in need of a good laugh or have some kiddos to entertain, make sure to check out The Nut Job in theaters January 17th (USA). Go behind the scenes with the cast of The Nut Job in an extra featurette that includes more footage from the film: The Voices Behind the Film