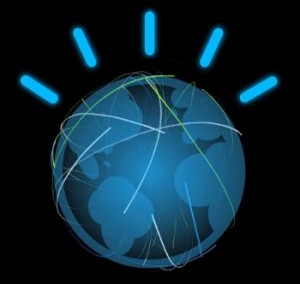 Remember Watson, the clever computer that beat the quiz show Jeopardy’s champions a few years ago? After a little gloating and a victory dance, it didn’t just retire. It’s hard at work today, but in more useful endeavours, and IBM gave us an update at its recentInformation on Demandconference.

Watson, for those who’ve forgotten, is a cognitive computing system that can process and understand unstructured data. Rather than give absolute answers, it presents possibilities, along with the probability that any one answer is the right one. The Jeopardy win – and there’s quite a tale behind that – served as proof that such a system could even be developed. IBM is now trying to prove that it has commercial potential.

Just think about how difficult it can be for machines to interpret structured queries. Now imagine the problems in understanding Jeopardy’s format (you’re given the answer, and have to come up with the question), in natural language, and figuring out the response quickly enough to beat human opponents to the buzzer. On the show, the machine had 200 million pages of data to sift through. Not easy!

But that’s nothing compared to what Watson is up to now. It is, among other things, helping fight cancer.

At the University of Texas MD Anderson Cancer Center, doctors have trained Watson with over 2 million pages of medical journals and other information, from 600,000 sources, supplemented by correcting its answers to their training queries. It’s kind of like teaching a child – a very expensive child that never forgets, and always keeps up with its reading, something doctors rarely have time to do. That “child,” according to IBM, now has knowledge equivalent to that of a second-year medical student, and the company plans to prove the point by having it pass the medical board exams at some point.

With all that knowledge, including the medical records of thousands of patients, Watson is able to help doctors come up with an effective treatment plan for an individual. No, it’s not a doctor, and it doesn’t even play one on TV, but it can serve as a physician’s assistant, offering up possible treatments based on its huge database of patients, outcomes, and medical literature. IBM also says that it can help “shorten the time from research to therapy”; at our briefing, executives said that with its huge data stores, Watson can correlate data and show researchers things they might not have found on their own.

The great thing about cognitive systems, says IBM Fellow and CTO of IBM’s Watson business unit Rob High, is that, unlike classic software, which loses value over time, cognitive systems increase in value as they learn. And they’re going to get even better. “Cognitive systems are still largely focused on deriving answers as fact, from literature, not formulating new answers,” he says. “But we have gained confidence that computing systems can evolve in this way. We don’t have the technology for it yet, but we have confidence that we will.”

Watson is also being used in financial services, and in customer service applications (and others – IBM says there are about 30 versions right now), and its potential is only limited by the developer’s imagination. So if you have an application in mind, check this out: IBM will be offering Watson as a cloud service, and it is releasing an API so developers can create their own magic.

Lynn Greiner is a freelance journalist specializing in information technology and business topics. She is also an IT professional, giving her real-world experience that allows her to cut through the hype and address topics that are relevant in the business world. Her articles have been published in both print and online publications, including itWorld Canada, Computer Dealer News, CIO.com, DevSource, Canadian Security, ACM netWorker, Security Matters, GlobeTechnology.com, Canadian Technology and Business, InformIT, Computing Canada, and many others. Find her @LynnGr.