Though retopologize is not a word in the dictionary, it's one present in every 3D modeler's vocabulary, as it's something that every 3D artist goes through. While it's definitely not the most fun part of the modeling process, it's one that is extremely important. Retopologizing is basically the process of taking a high resolution mesh, typically one that has been sculpted in an application like ZBrush or Mudbox and re-created with the basic shape still there, only a lower resolution. Then normal and bump maps can be created from the high-resolution mesh and applied to the low-resolution mesh, that way your model has the illusion of detail even if it's really not there. While retopologizing is a process most common in the video game industry it's still important for nearly every other medium. Even if you're creating a character for film, a 3D model can often reach into the millions of polygons, this not only greatly increases render time, but trying to animate with such a high-resolution mesh is virtually impossible. Unless of course you wanted to wait forty-five seconds for the viewport to update every time you moved a finger. So whether you're modeling for games, or for movies it's a technique you'll find in both mediums. Having to re-create a model you already spent hours and hours on is not something most modelers enjoy, but luckily there are many different techniques and tools out there to make the process easier. You can use the various snapping tools in most 3D applications to create new polygons that snap to the shape of the underlying mesh, or bring it into dedicated retopology applications like Topogun. Knowing where you can speed up this process is very important, for instance, re-creating an entire character mesh point by point can be a tedious job, but it doesn't have to be as long as you know where you can speed things up! In this article, we are going look at some of Blender's powerful modifiers that can be used to take a retopology project from five hours to just five minutes. That way retopologizing won't be something you dread, and you can keep your entire workflow in one single application.

The shrink wrap modifier is an extremely handy tool when it comes to retopologizing a mesh. Now, keep in mind depending on your model this modifier may not be as helpful. For example a whole character mesh likely cannot be retopologized completely by just applying a simple shrink wrap to an object. Instead, you'll want to use the traditional point snapping method along with this modifier to achieve the results you want, but knowing the areas where you can utilize the shrink wrap modifier will be extremely beneficial. That being said, there are times when you can use the shrink wrap modifier exclusively and retopologize a mesh with little more than a click of a button. Simple things like rocks, any various environment pieces. Things that may be very high-resolution but are a relatively simple shape. In this particular example, I'm going to show you how to easily retopologize a rock asset that was sculpted in Blender. You can learn the process for modeling, texturing and bringing this rock asset into UE4 in this in-depth article. In order to sculpt in the details on the rock we obviously had to bump up the resolution significantly which means it would be much too heavy of a mesh to bring into a game engine. 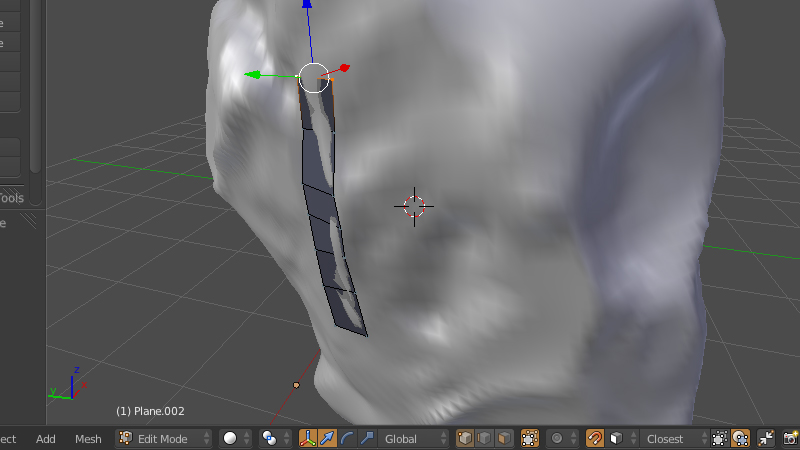 One of the things I did in the article was to retopolgize the mesh; however, I took the very tedious route, which is creating strips of new polygons around the mesh. This is great, of course, and is a very common and effective way of retopologizing, but for an asset like a rock there is really no need to spend that much time, because this is the perfect type of model that the shrink wrap modifier works excellent with. I spent several hours using the point-by-point method, which could have been reduced to just a minute or two with the shrink wrap modifier. Being able to take a process from hours to minutes is definitely a no-brainer especially when time is such an important part of a 3D artist's workflow. 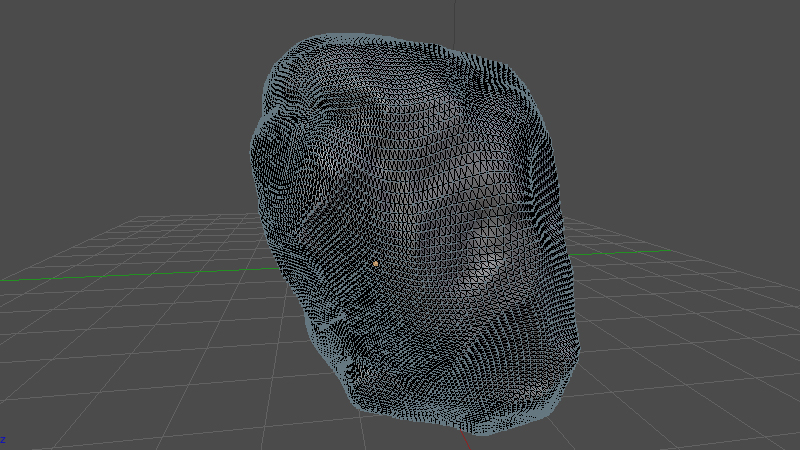 So, I have the scene open in Blender with the rock asset. As you can see from the image above it's a very dense mesh, and isn't something we'd want to bring into a game engine. As mentioned previously I could snap to the rock mesh and create new strips of polygons, which is fine, but takes a very long time, instead, we can use the shrink wrap modifier. 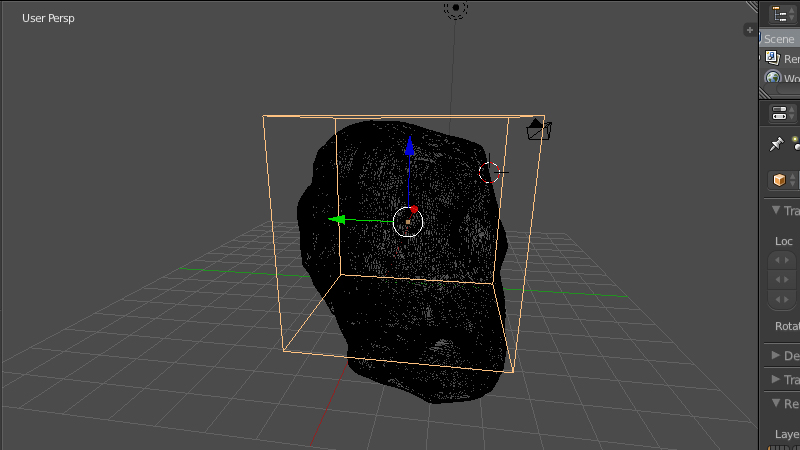 To do this we can drop in a simple cube into the scene and scale it up to roughly the size of the rock.

Next, we'll go into the modifier panel and choose Subdivision Surface to create a sphere out of the cube. You can increase the number of subdivisions to around four or so.

You'll also want to scale the sphere up quite a bit until it completely surrounds the rock. 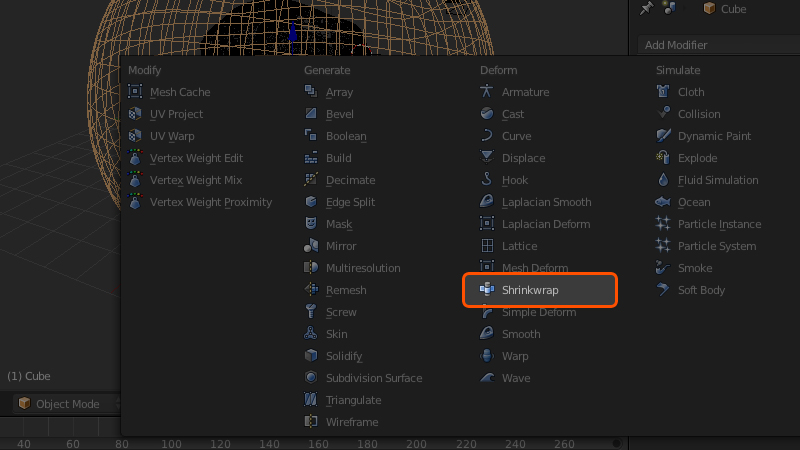 With the sphere still selected go back to your modifier panel and this time add the Shrink Wrap Modifier.

In the Shrink Wrap modifier, settings change the Target to the mesh you want to wrap to, in my case it's "Rock" change the mode to Project and check the Negative check box. You should see right away that it has wrapped nicely around the original rock mesh. 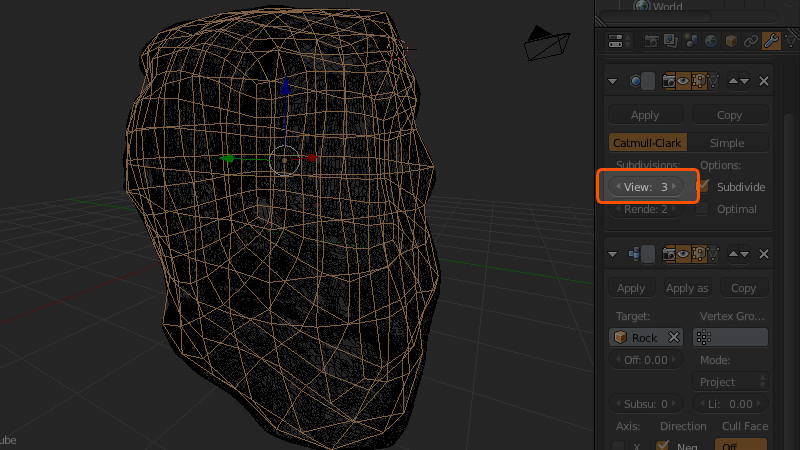 You can adjust the resolution by opening up your Subdivision Surface modifier and reducing the level of subdivisions. In my case I took it down to two, but you can go lower if needed. 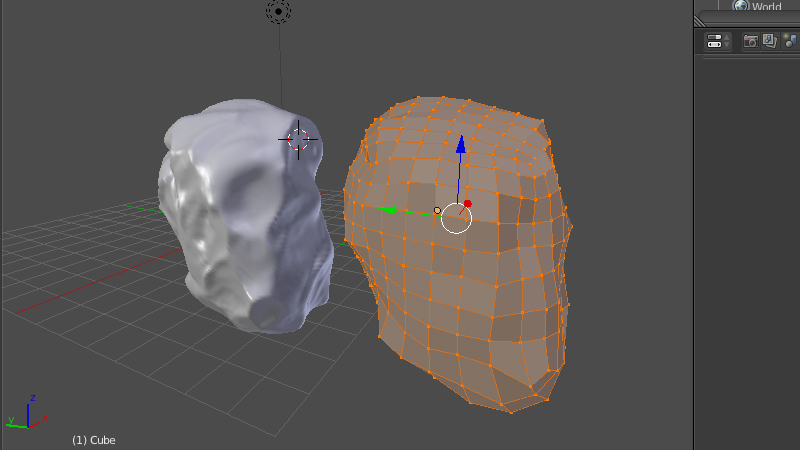 Now first hit Apply on the Subdivision Surface modifier to lock it in, and hit apply on the Shrink Wrap. Just like that, you've retopologized the original mesh into a lower resolution version that keeps the basic shape but cuts the polycount down significantly. While the Shrink Wrap Modifier is an excellent tool to have when you need to retopologize your model, it's definitely not great for everything, it will have a very tough time with more complex meshes. However, you can still utilize it in conjunction with a more traditional retopology workflow. 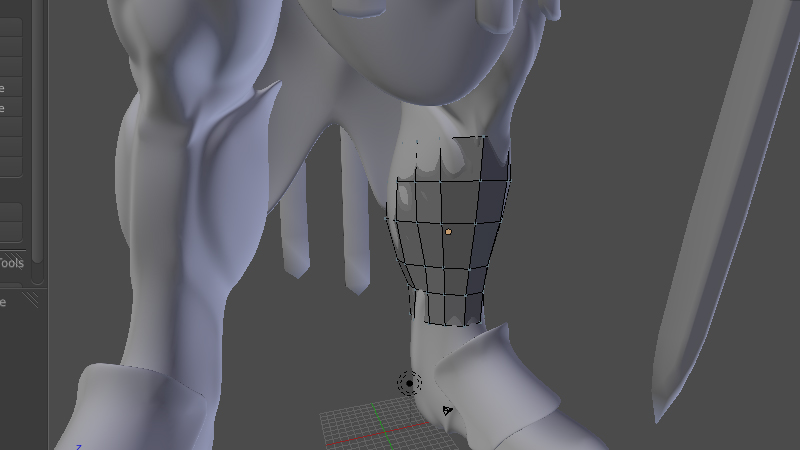