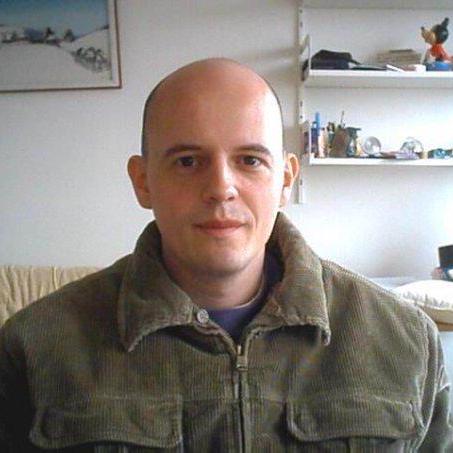 Closures are a very powerful mechanism in the JavaScript programming language. All members of an object in the JavaScript are public by default. However, the closure mechanism enables objects to have private members and more. In this tutorial, we will learn about closures and the benefits of using them in your JavaScript code.

So, what is a closure? Douglas Crockford, author of the book JavaScript: The Good Parts, used some great examples of the closure mechanism here. His definition of a closure is similar to the following:

That reference enables us to call the increment function outside of the counter function's scope, so in our case, we called it from the global scope. Besides that, the line var incrementCounter = counter(0); initializes the currentValue variable.

Every call after this, incrementCounter serves as a reference for the inner function (referred to by increment). As such, the line incrementCounter(1) actually invokes the increment function with parameter 1. Since that function is a closure, it still has access to the variables and parameters of its outer function, although we called it outside of its outer function. Thus, the currentValue will be increased by 1 and its value will become 1. In the subequent function calls, currentValue will be increased by 2 and 3, respectively, so the output of the code will be:

The counter function can also return more than one function, wrapped into an object. If we had decrement function and wanted to return it, as well, that could be accomplished with the following code:

We could also have functions inside of the counter function that we don't want to expose to the global (outer) scope. For instance, we could have a "private" function for logging the currentValue:

In this case, the logCurrentValue function cannot be accessed from the global scope, since it wasn't returned by the counter function. It can be used just within the increment and decrement functions, but this function remains private in that it cannot be called externally.

Also, the currentValue and initValue variables are private for the counter function object. In a nutshell, this is how we can emulate private members in JavaScript -- by restricting access using scope.

Let's see how this mechanism works if we create multiple function objects. For instance, let's use counter to create two objects called myCounter1 and myCounter2 and call their property functions:

This is a rather confusing edge case, but it makes the code easier to understand. The two variable references point to separate objects because myCounter1 and myCounter2 were instantiated using separate calls to counter. Thus, their calls to increment and decrement are separate as well.

The output of the code above will be:

Closures are mostly used in callbacks, such as timeouts, event handlers, and so on, as well as in modules.

The output of this code are numbers from 0 to 4, sequentially.

Let's change it up a little bit:

The output of the code above will be completely different; the number 5 will be logged 5 times.

Let's analyze this code. The function, which is passed as an argument to the setTimeout function, will be executed 3s after the first loop iteration. Therefore, the value of the variable i, which is in its outer scope (this function is also a closure), will become 5 before its execution because all 5 iterations will certainly be done within those 3 seconds. That function will be executed 5 times, 1 time for every iteration, and it will log 5 five times.

In other words, by the time that the Timeout finishes, the value of i will be 5, and this value is the one that will get logged.

Using closures to fix the issue

In order to get the desired output, we will need to add one more closure, so our code should look like this:

The same will happen in the second iteration, but this time the variable i will be 1, and so on. Finally, we will get desired output in the console.

However, there is a simpler solution for this problem. The ECMAScript 2015 (or ES6) introduced some very useful new features and some of them are let and const keywords, which create block scoped variables. If we just replace the keyword var with let in this example, we will get the completely different output:

The keyword let created a block scope for the variable i, for every loop iteration particularly. Therefore, we didn't have to put the line console.log(i) into a new closure in order to create a new scope for i, because the let keyword did it for us.

Let's consider the following example: there is a button on an HTML page and we want to show users information about how many times the button was clicked. We could write the following code to implement this functionality:

This code works fine, but we had to define a global variable for counting user clicks on the button. That's generally not recommended since we are polluting the global scope. We use the counter variable only in the event handler, so why not declare it inside the handler? However, if we just move its declaration to the handler's scope, it will not work as expected; every time the handler is called (i.e. every time the user clicks on the button), the counter will be reset to zero.

The solution is to use a closure, like in the following code:

One of the most popular patterns in JavaScript, the Module pattern, contains closures in its implementation. For instance, we could define the counter module in the following way:

The module pattern is a special case of the singleton pattern, so there can be just one instance of the counter module. This is accomplished by the immediate invocation of function (IIFE) which returns an object that contains references to the public functions and assigns it to a global variable, in our case counter. We can call functions of the counter module like we called them on the myCounter object (substituting counter for myCounter). So the following code would work:

This will produce the following output:

In this case, the currentValue has been initialized to zero during the module initialization.

This tutorial covered the most important things to remember when using closures. Hopefully, it gave you a better understanding of how this mechanism works and the kinds of problems that closures can solve.