In its simplest form, 3D rigging is the process of creating a skeleton for a 3D model so it can move. Most commonly, characters are rigged before they are animated because if a character model doesn't have a rig, they can't be deformed and moved around. They are stuck in whichever pose the modeler decided to put them in. The rigging process can become very technical and seem overwhelming at times, but after a little practice you'll be creating great rigs in no time. 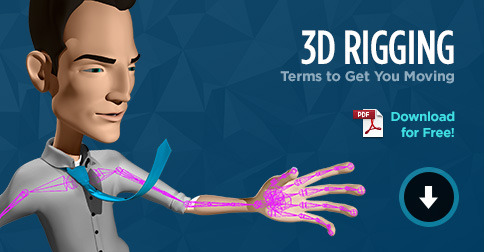 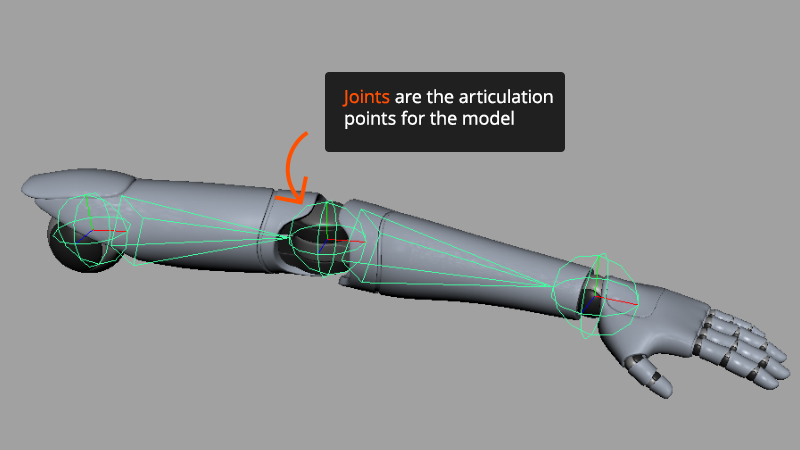 Driven Keys To speed up the animation process for the animators, a rigging artist can utilize driven keys when rigging a character. Driven keys allow you to use one control or object to drive multiple different objects and attributes. In the example above we can use a driven key to control the fist position for the hand, with just one single control. A driven key contains two parts: the driver and the driven. The driver is the object in control of the animation. The driven is the objects and attributes that are being controlled by the driver. Typically for regular keyframes an attribute has values keyed to time in the time slider. For a driven key, the attribute has values keyed to the value of the driving attributes. The driver can be another object, or in the case of the example image above it is a control slider. 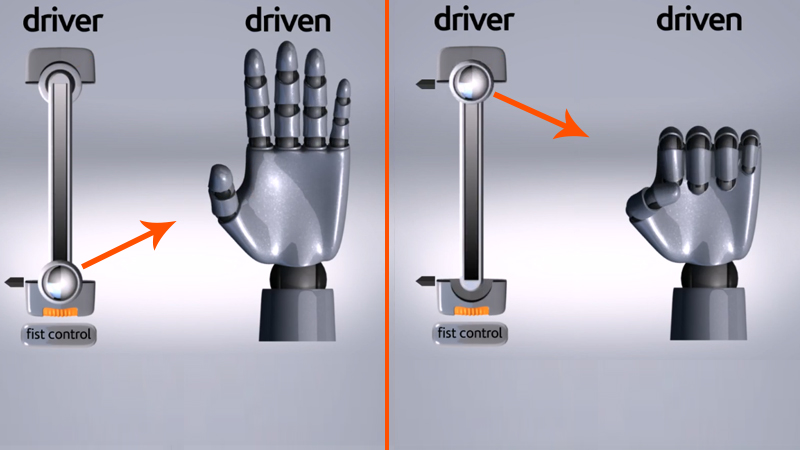 Blend Shapes A blend shape, or morph depending on your 3D application, allows you to change the shape of one object into the shape of another object. When rigging, a common use for blend shapes is to set up poses for facial animation. This might be lip sync poses or more complex expressions like a smile or frown. You can tie all these new poses into the original face mesh and have it operate all on one control slider. 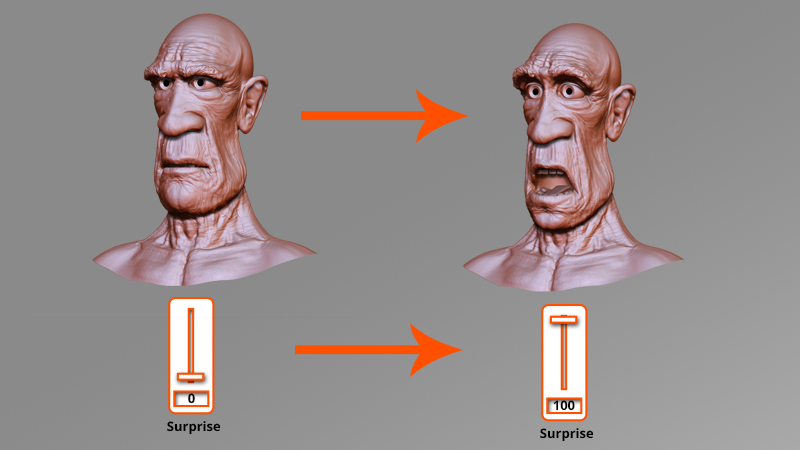 For example, if you want to raise an eyebrow you can model a face pose with one eyebrow raised, connect it to a blend shape and using the slider with a value of 0 to 100 to either raise or lower the eyebrow. This is a great way for the animator to be able to quickly make face poses without having to move individual facial controls around. There are some downsides to using blend shapes for facial poses, because the edit ability can be limited. Riggers often will give the animators both blend shape options and traditional control points to use them in conjunction. 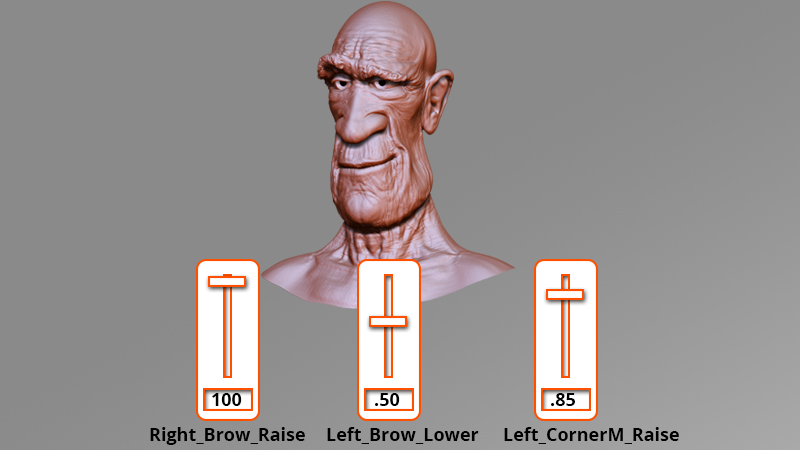 IK (Inverse Kinematics) Inverse Kinematics means that the child node within your rig's hierarchy can influence the movement of its parents. For ex ample, if you use IK for your character's arm you can position your character’s hand and the rest of the arm chain will be calculated. This allows the animator to animate independently of the chain’s hierarchy. Because of this IK is great when needing to have a character's arm stay planted on something. For example, pushing against a wall or swinging on a bar. 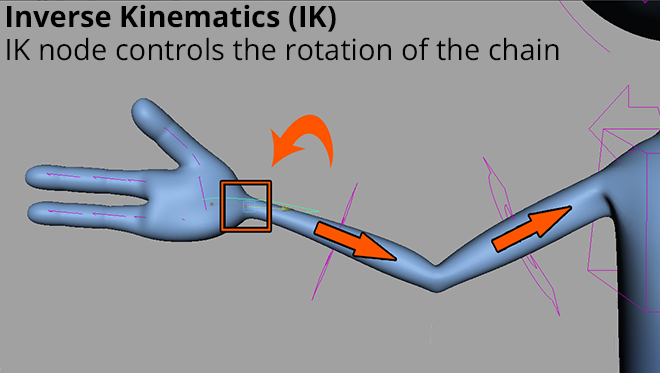 FK (Forward Kinematics) Forward Kinematics means your character rig will follow the hierarchal chain. This means more control over your chain, but also means you'd need to position each joint in your chain independently of each other. For example, with FK if you positioned the character’s hand the rest of the arm wouldn't follow like it does with IK. Instead you would need to position each joint independently, starting with the upper arm, the elbow and then the wrist. This obviously takes more time than IK, but can give the animator much more control of the poses. Most times riggers will incorporate both FK and IK into the rig to meet the animator's needs. Learn more about IK and FK in a post on Demystifying IK and FK for Animators. 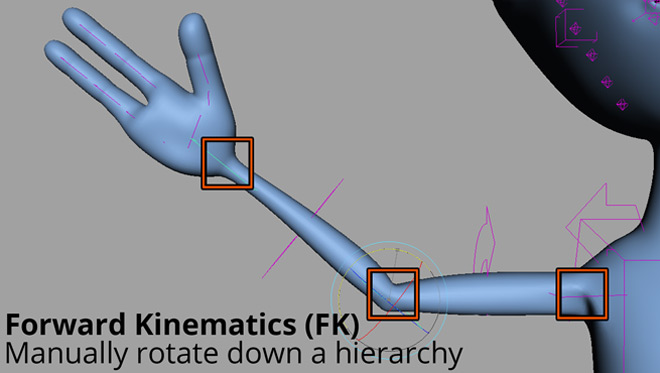 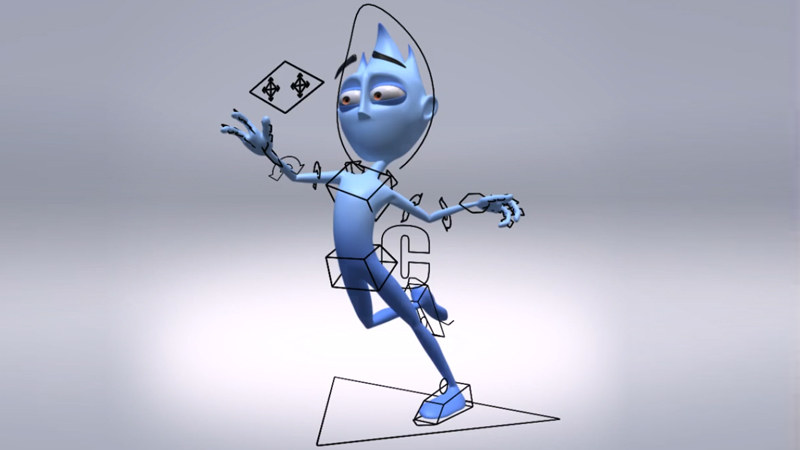 Constraint Constraints are very important in both the rigging and animation process. Typically your 3D application will have several options for constraining. Constraints limit an object's position, rotation and scale based off of the attributes of the parent object. For example, by taking two separate spheres, applying a parent constraint, and then deciding which is the parent and which is the child, you can select just one and the other will follow whatever the parent is doing. Setting up constraints is a vital step when creating control curves for the rig. For example, you will need to determine the type of affect that a control curve has on an individual joint. Setting up constraints will allow you to do this. 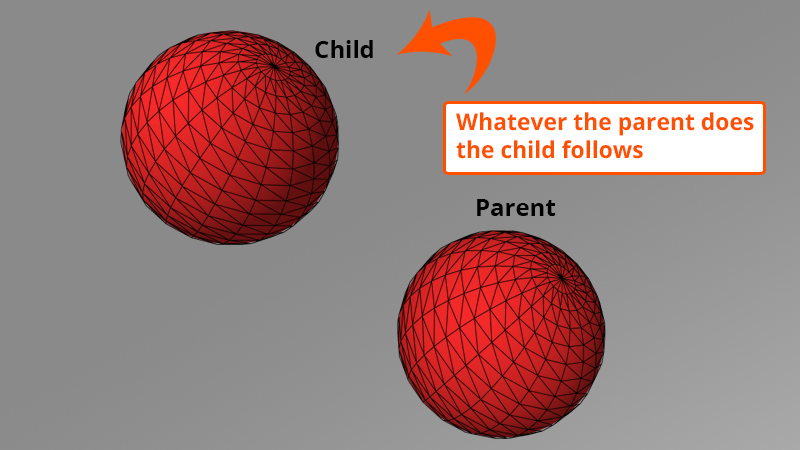 Deformers There are many different deformers/modifiers depending on your 3D application which can be utilized to enhance your rigs. Deformers are often used among modelers but they are also extremely helpful for riggers as well. Deformers contain algorithms that can move large sections of vertices on a model to produce organic shapes. For example, when rigging a character you can utilize something like a cluster deformer that allows you to manipulate a large section of vertices by using just one single control. Once created, a cluster can be constrained to a control object. This is great for creating facial controls like cheeks or eyebrows. To learn more about deformers check out this in-depth Maya rigging tutorial on deformers. 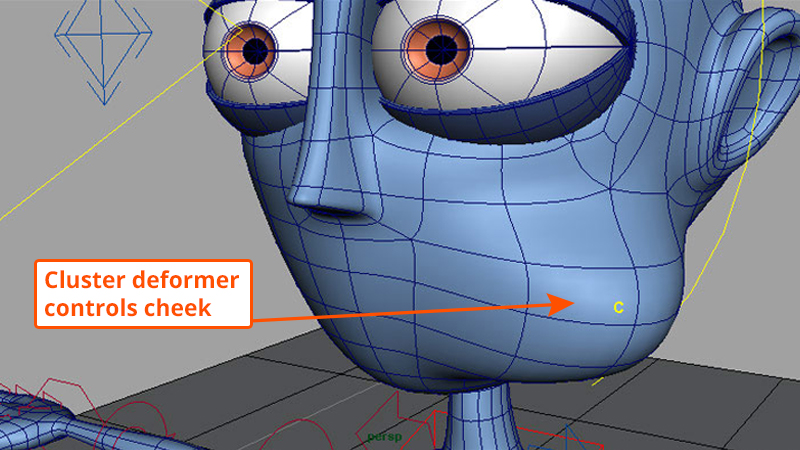 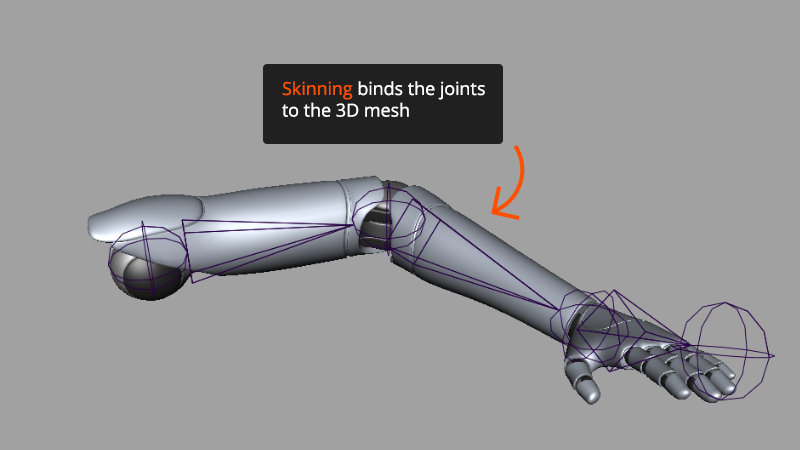 Weight Painting Weight painting is a vital step once the skeleton has been created. Even though the bones are put into place, it doesn't mean the 3D model will be able to deform exactly how you want. When a mesh is bound to the skeleton, the computer doesn't know how much influence each joint should have over each vertex, so it averages the weight out based on the distance from the joint to the mesh. Basically painting weights allows you to manually set how much influence a joint has on a particular area of the model and correct the deformations on the 3D mesh. For example, if the leg joint has too much influence on the model it might affect the torso area giving you unrealistic results. 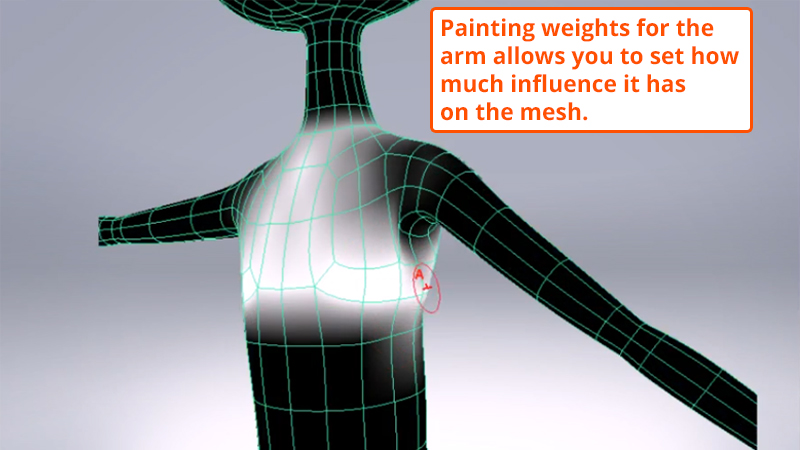 Facial Rigging When creating complex character rigs the facial rig setup is often a whole different monster. A typical joint or bone setup doesn't work well for a facial rig other than having a joint for the jaw bone because facial movement often requires very stretchy and organic motion. Instead of a normal joint setup, facial rigging usually requires deformers and blend shapes which was discussed previously. 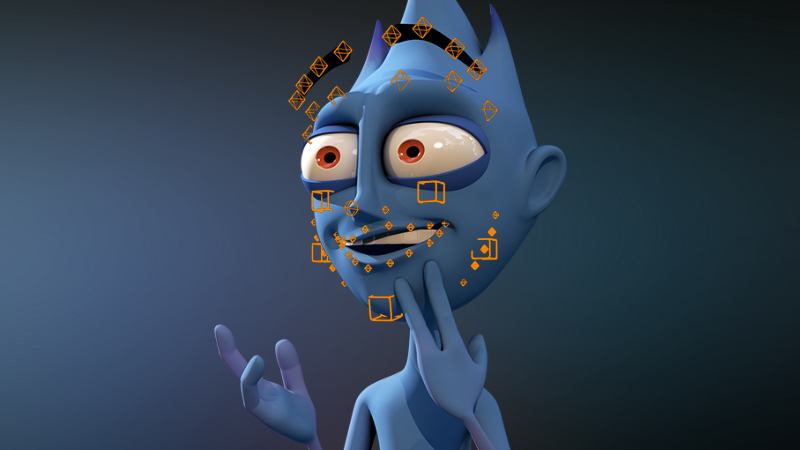 What's Next: New to 3D Rigging? Don't forget to get your free copy of our Key 3D Rigging Terms Reference Guide and PDF that includes the information from this post and more. Keep learning with creative professionals how to use these terms and topics and develop techniques through hands-on experience with introductory to advanced-level 3D rigging tutorials to become a proven rigging artist. Find some free 3D rigging tutorials to help you get started too. Ready to move onto 3D Animation Terminology? Find another helpful articles and PDF where you can master more 3D animation terms and techniques. Keep learning with more articles on: