Apache Kafka is a messaging platform that reportedly is now deployed in more than a third of Fortune 500 companies. In this course, Deploying a Kafka Cluster, you’ll learn foundational knowledge about Apache Kafka. First, you’ll discover how it can be useful in a modern digital platform. Next, you’ll explore Kafka’s core concepts. Finally, you’ll learn how to deploy it in order to achieve fault tolerance. When you’re finished with this course, you’ll have the skills and knowledge of Apache Kafka needed to work with Kafka deployments and applications built around it.

There are a lot of common scenarios that occur when using a streaming platform inside an organization. In this course, Handling Streaming Data with a Kafka Cluster, you’ll learn to handle a variety of different scenarios you may encounter. First, you’ll explore why Kafka makes such a great solution for handling streaming data while exploring different options in terms of optimizations and integrations with other models. Next, you’ll discover how to manage your data and perform various operations against your Kafka Cluster. Finally, you’ll learn how to secure the data streams by applying different techniques. When you’re finished with this course, you’ll have the skills and knowledge of handling streaming data with Apache Kafka needed to build and manage streaming pipelines in your organization.

Real-time applications are hard to scale! They can get high volumes of data in an instant and need to route messages correctly. Apache Pulsar is a highly scalable, low latency, high throughput pub-sub system to attack this problem. In this course, Handling Streaming Data with Apache Pulsar, you’ll learn how to tame them adopting Apache Pulsar. First, you’ll explore Pulsar Functions for serverless ETL. Next, you’ll discover how to connect your Pulsar deployment to Kafka and databases with Pulsar IO. Finally, you’ll learn how to migrate from Kafka to Pulsar with the client wrapper. When you’re finished with this course, you’ll have the skills and knowledge of Apache Pulsar needed to handle high volume streaming data in your applications with ease.

The landscape of the Big Data field is changing. Previously, you could go away with processing incoming data for hours or even days. Now you need to do it in minutes or even seconds. These challenges require new solutions, new architectures, and new tools. AWS Kinesis is a service for stream processing that allows building applications that were impossible to create before. In the course, Developing Stream Processing Applications with AWS Kinesis, you'll learn the ins and outs of AWS Kinesis. First, you'll discover how it works, how to scale it up and down, and how to write applications using it. Next, you'll learn how to use a variety of tools to work with it, such as Kinesis Client Library, Kinesis Connector Library, Apache Flink, and AWS Lambda. Finally, you'll explore how to use more high-level Kinesis products such as Kinesis Firehose and how to write streaming applications using SQL queries with Kinesis Analytics. When you are finished with this course, you'll have an in-depth knowledge of AWS Kinesis that will help you to build your streaming applications.

In this course, Handling Streaming Data with Azure Event Hub, you’ll gain the ability to use Azure Event Hubs to receive and process events in real-time.

By the end of this course, you’ll know what you need to start using Azure Event Hubs.

As data warehousing and analytics become more and more integrated into the business models of companies, the need for real-time analytics and data processing has grown. Stream processing has quickly gone from being nice-to-have to must-have. In this course, Architecting Stream Processing Solutions Using Google Cloud Pub/Sub, you will gain the ability to ingest and process streaming data on the Google Cloud Platform, including the ability to take snapshots and replay messages. First, you will learn the basics of a Publisher-Subscriber architecture. Publishers are apps that send out messages, these messages are organized into Topics. Topics are associated with Subscriptions, and Subscribers need to listen in on subscriptions. Each subscription is a message queue, and messages are held in that queue until at least one subscriber per subscription has acknowledged the message. This is why Pub/Sub is said to be a reliable messaging system. Next, you will discover how to create topics, as well as how to push and pull subscriptions. As their names would suggest, push and pull subscriptions differ in who controls the delivery of messages to the subscriber. Finally, you will explore how to leverage advanced features of Pub/Sub such as creating snapshots, and seeking to a specific timestamp, either in the past or in the future. You will also learn the precise semantics of creating snapshots and the implications of turning on the “retain acknowledged messages” option on a subscription. When you’re finished with this course, you will have the skills and knowledge of Google Cloud Pub/Sub needed to effectively and reliably process streaming data on the GCP.

Building ETL Pipelines from Streaming Data with Kafka and ksqlDB

There is plenty of value in learning how to turn Kafka into a stream analytics engine. In this course, Building ETL Pipelines from Streaming Data with Kafka and KSQL, you’ll learn to shape and transform your Kafka streaming data. First, you’ll explore how ksqlDB and Kafka Streams both solve this problem. Next, you’ll discover how to transform your streams. Finally, you’ll learn how to aggregate and enrich data. When you’re finished with this course, you’ll have the skills and knowledge of ksqlDB and Kafka Streams needed to extract insights from Kafka streaming data.

In this course, Implementing an Event Log with Kafka, you will gain the ability to build complex microservice architectures around immutable events stored in Kafka. First, you’ll explore what issues you can encounter when migrating an application to a microsevices architecture. Next, you’ll master Kafka fundamentals and will learn how they allow you to address common issues in microservices applications. Finally, you'll learn advanced architectural patterns to work with data in Kafka. When you’re finished with this course, you’ll have the skills and knowledge needed to implement complex event-driven applications using Kafka.

Be sure to only enter offer codes separated by line breaks and does not include commas.

Processing streaming data poses unique challenges that traditional batch data systems are unable to handle. Messaging systems are a useful platform for managing and processing streams of data. In this skill, you will learn the foundations of messaging systems used in streaming data processing, including Kafka, Pulsar, AWS Kinesis, Azure Event Hub, and Google Cloud Pub/Sub.

Building ETL Pipelines from Streaming Data with Kafka and ksqlDB 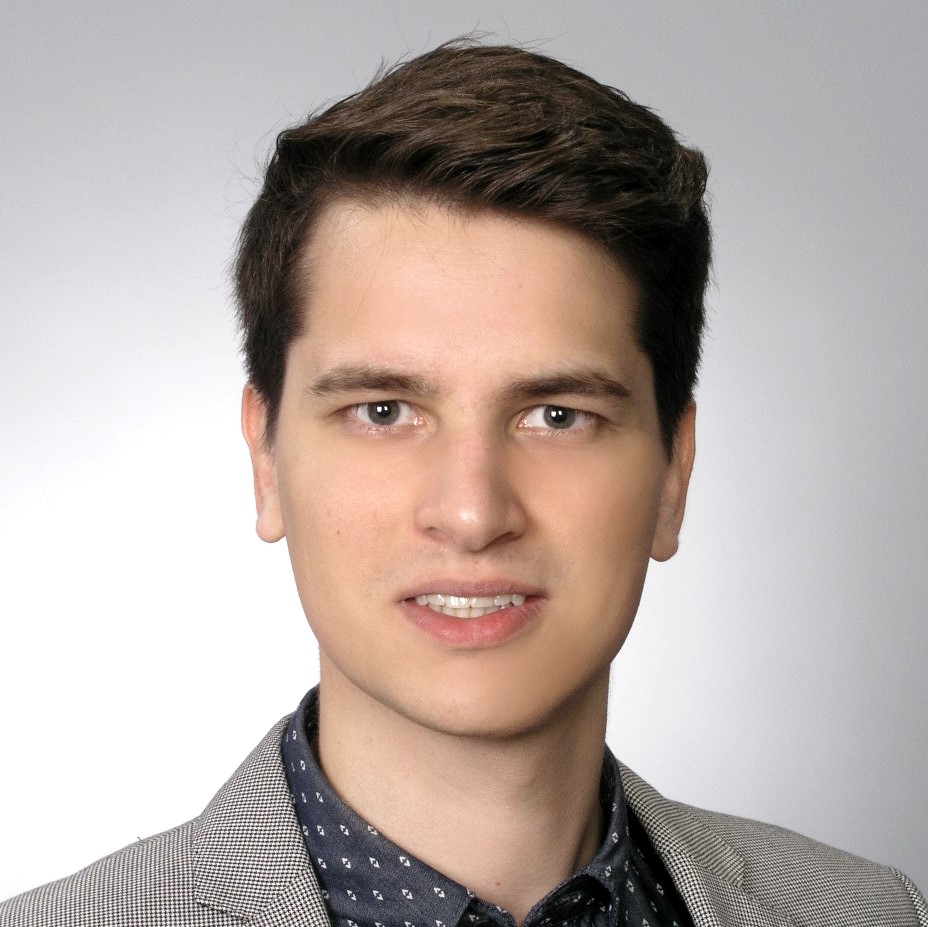 Paweł Kordek
Paweł is a software engineer passionate about knowledge sharing. He's especially focused on processing and exploring data sets (be it big or small) and is always searching for emerging tools that will make working with data simpler in the future. 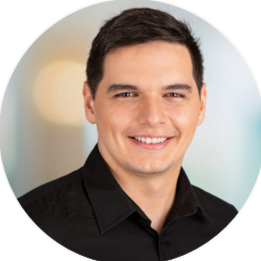 Bogdan Sucaciu
Bogdan Sucaciu is a Software Engineer at Axual in The Netherlands, where he is taking part in building a Streaming Platform designed to share information in real-time, enabling instant processing of incoming events. He has several years of experience "cooking" software with JVM-based languages, some flavors of web technologies and garnishing with automated testing. 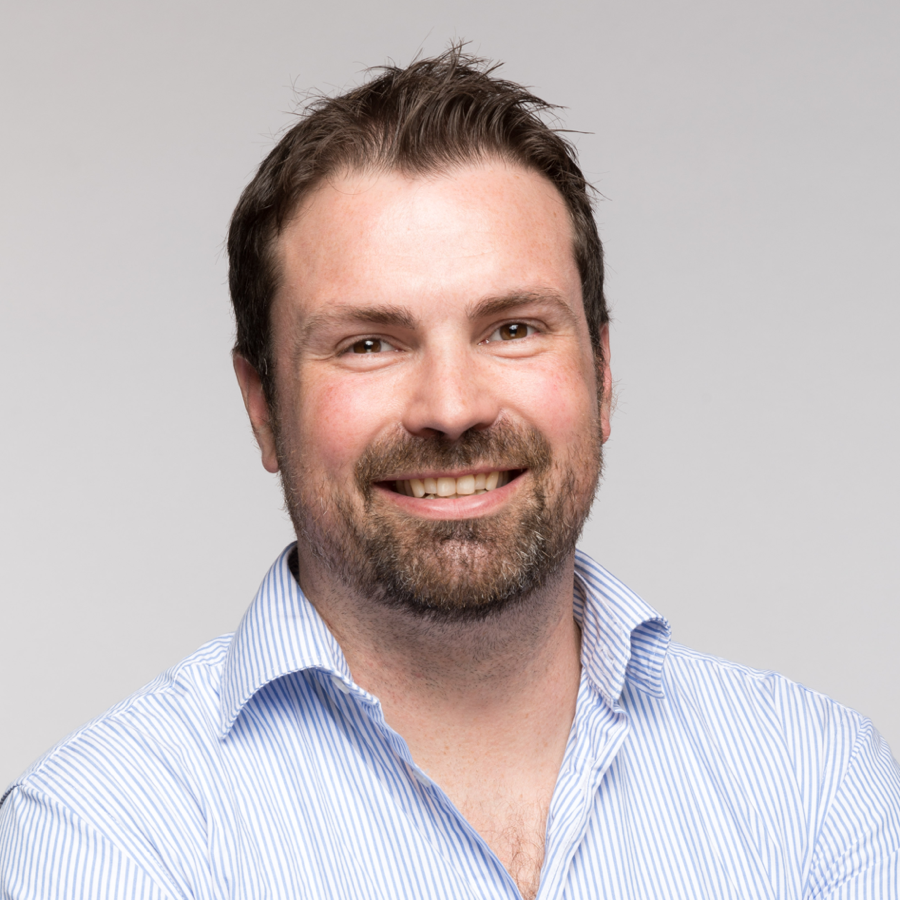 James Wilson
As a mobile developer, James always had a passion for building exciting apps and always striving to make user interfaces that were easy and intuitive to use. Today, he now works at Pendo where he is helping to build tools that can be used to make apps that people love. He is accomplishing this by building distributed systems that scale using Go and Google Cloud. Never satisfied with his knowledge, he is a life-long learner and is always interested in looking to grow and learn and then shares his knowledge with others. James has worked in a wide array of fields whether as a technician working with radar and communication systems or as a developer building on platforms such as .NET, iOS, and Android. In his free time, James enjoys spending time with his family, playing video games, and reading fiction and non-fiction. 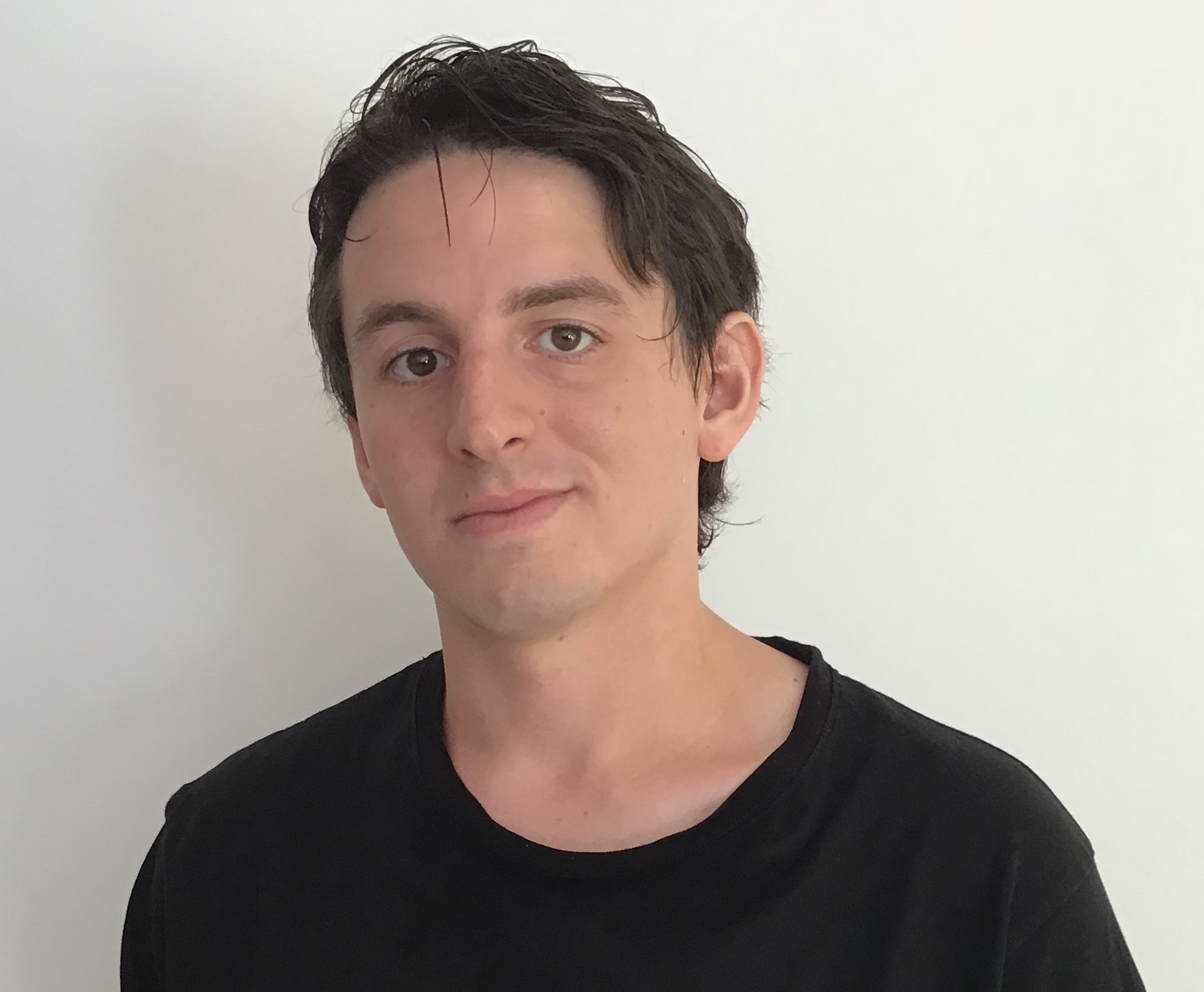 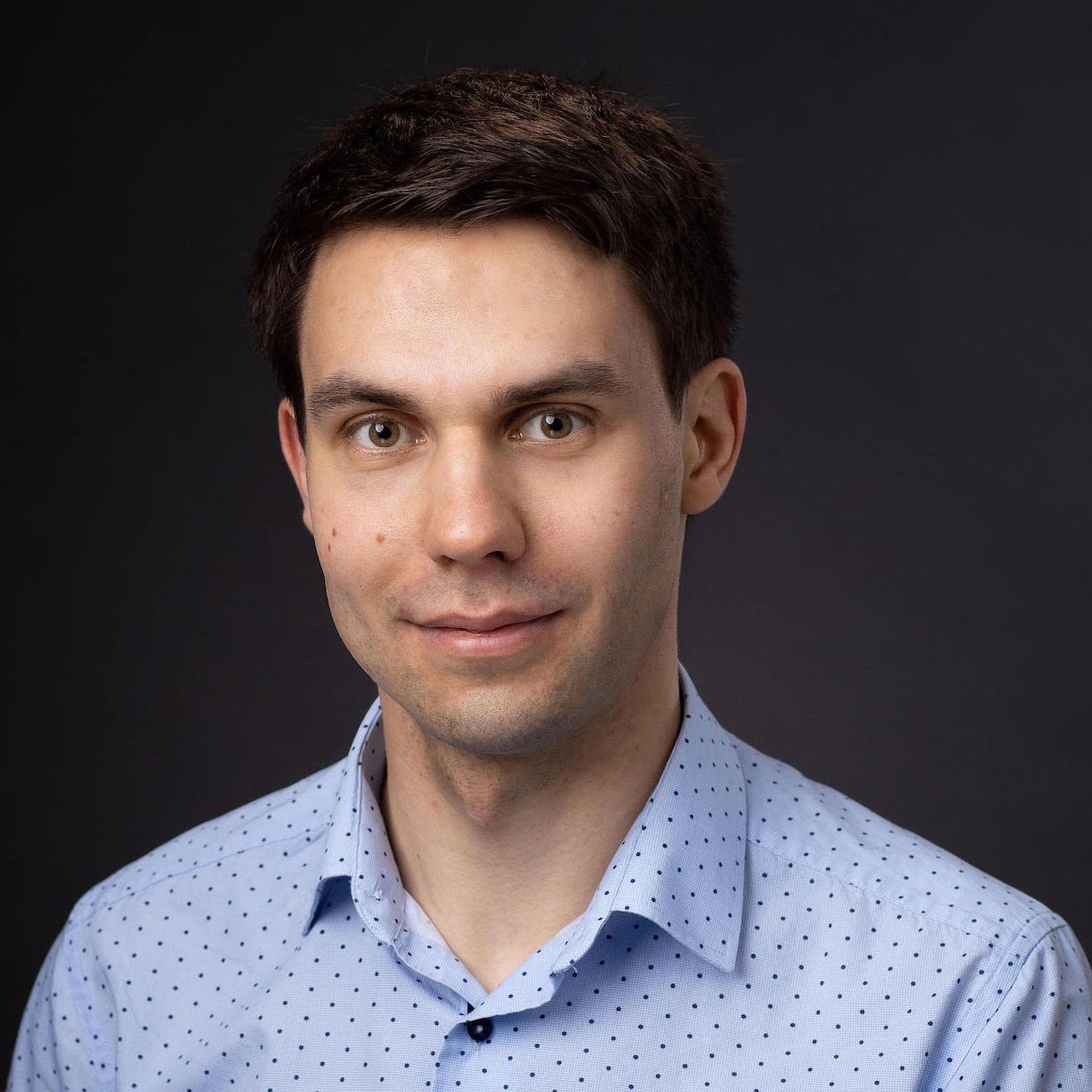 Ivan Mushketyk
Ivan is a Principal Software Engineer and a Tech Lead who is passionate about Big Data and Cloud Computing. He has worked for numerous big IT companies including Samsung and Amazon Web Services. He is an Open Source enthusiast and has contributed to a number of projects including Gatling and Apache Flink. When he is not writing code or working on a new course, he is probably writing another technical article for his blog. 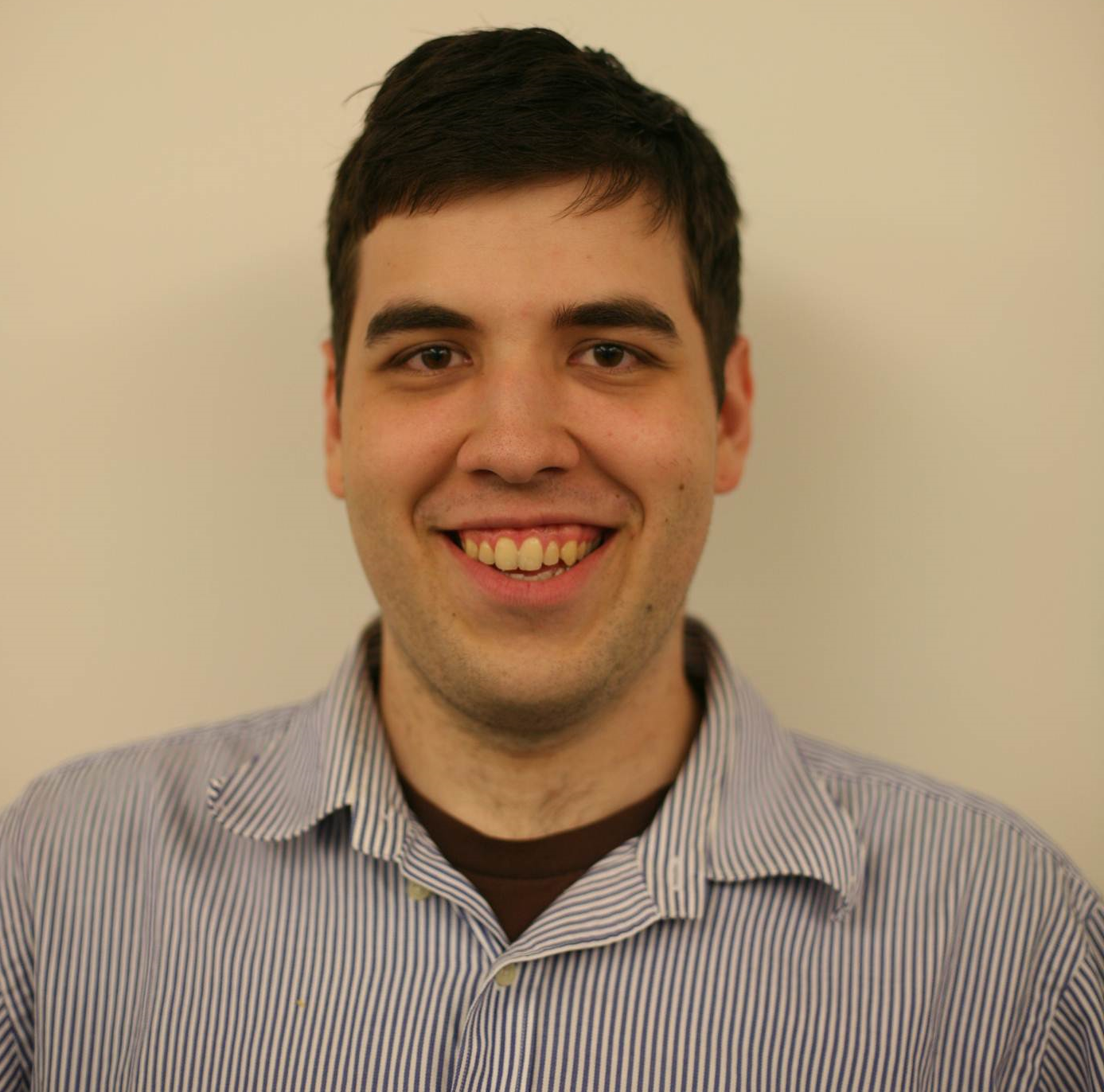 Eugene Meidinger
Starting out as an accidental DBA and developer, Eugene Meidinger now focuses primarily on BI consulting. He has been working with SQL Server for five years now, and is certified in Querying and Administering SQL Server 2012. He regularly presents at various SQL Saturday events. 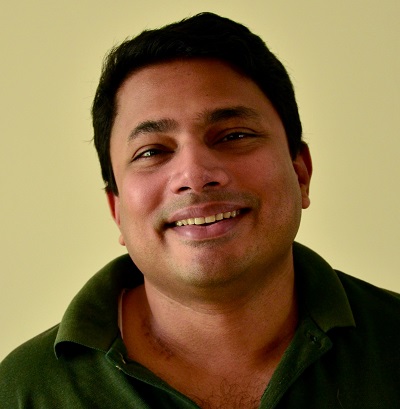 Vitthal Srinivasan
An engineer and tinkerer, Vitthal has worked at Google, Credit Suisse, and Flipkart and studied at Stanford and INSEAD. He has worn many hats, each of which has involved writing code and building models. He is passionately devoted to his hobby of laughing at his own jokes.