Developing and Creating Your Own Video Games - From Idea to Reality

How do you make a video game? This question is so broad that it can't easily be addressed in a single answer. If you asked this question on a forum, you are guaranteed to get a bunch of different responses and most of them would be too vague for what you really wanted to know in the first place. So instead of asking, "How do I make games?” you should ask, "Where is a good place to start to make my game?" This article will show you the way to the answer you’re looking for. Turn Your Idea Into a Vision Remember that your idea is where it all starts. This is the place that inspired you to make a game in the first place. If you aren't totally in love with your idea, development will break down somewhere along your journey. So how do you stay in love with our idea? Make it real as quickly as possible. When we began development on our Unity Mobile Game Development series (Beasts of the Underworld), we knew we wanted to create an arcade-style third-person shooter. Awesome... now what? While we had an idea, we still lacked the vision. The vision is the plan we use to make our idea into a reality. 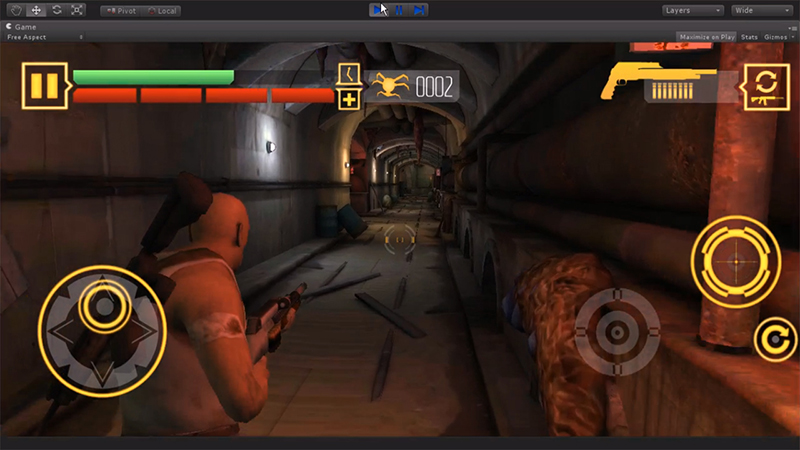 For Beasts of the Underworld, we created a design document. It wasn't very long, but it effectively communicated how our game would be played. You can see the design document in the project files of any one of the tutorials in the series or download it now. You are more than welcome to use it as a template. Video Games Are Games Video games are a huge part of our culture today, but what we often forget is that video games are just games. They have rules that must be followed in order to progress and ultimately win. So how does the player win your game? Maybe they have to destroy the final boss in the final level. Awesome! Now, how does the player get to the final boss in the final level? Can the player run straight to the end? Does the player need a specific item to defeat the final boss? As you can see, there is a natural progression that the player expects during their time with your game. As the designer, it's your job to make the rules and control the progression of each player in the game. In Beasts of the Underworld, we knew that we were going to create a game that didn't end. With every level, the difficulty would increase. We wanted each player to get as far as they could in our game. Once the player was out of lives, they could input their initials to sign their highest score and commence bragging rights with their friends. Doing a Test Run Whoo! Now we can start creating content! Err.. not quite. We still have to create the game. In game development, there is a stage called prototyping. This is where we start creating the basic structure of our game. We develop the most important systems and get a feel for how our game is going to play. In the Unity Mobile Game Development series, you can get a glimpse of what prototyping looks like in the Player Functionality tutorial. The first question we had for the prototyping of our game was, "How do we manage the controls for the player?" We wanted something that was familiar to any player who had played a shooter before, but we weren't able to use traditional controllers like for PC or consoles. Unity had a very strong mobile control system called the Player Relative Control system. It created two joysticks on the screen that the player could use just like a traditional game pad. 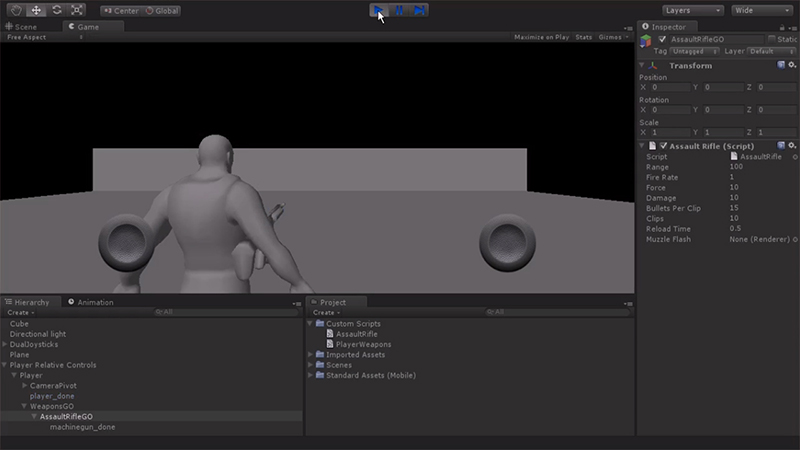 While setting up this system, we found we had an issue we didn't plan for. The tablet was a little too large. We had to stretch our thumbs to get to the controls. This impacted the original design we wanted for the interface. So as you can see, you can catch design flaws early on if you create a prototype of your game. Also remember, the prototype does not represent the final state of your game. Beginning the Journey At this point, you need to ask yourself one question, "Do you feel lu...". Wait. Not that question. "Do you still love your game?" If playing your prototype still gets you excited, it's time to take the plunge. By now you should have an idea that has blossomed into a vision. That vision can be communicated easily through your game design document and backed up by your working prototype. Now you can start assembling a team worthy of this grand and epic journey known as game development. You'll want to find people who can help you achieve the look you want for your game, people who can solve problems easily and people who are just as passionate as you are about making your game fun. You are the designer. You hold the vision and it's your job to make sure everyone else sees and believes in that vision. Developing a video game takes every ounce of passion you have for your craft. There are going to be many challenges along the way. Not many who set out to make a video game even get to the starting line because they don't know where it is. Knowing where to start is the first step to winning the race. It's going to be a long journey. Make sure you have fun along the way. Speed up the reality of your first game with more game development tutorials.