The Importance of Prototyping in the Indie Game Development Pipeline Series

Game Jams are becoming more and more popular in the realm of indie game development. There's just something magical about getting together with great people that have great talent and blasting off to create a game with an insanely limited amount of time. So how do they do it? How do they pull off a mini game in a 24-hour period? These game design geniuses understand games aren't just about the graphics. In fact, the graphics play a small part in the overall execution of a game. While graphics are very important in any video game today, they aren't responsible for the user's experience. A game can have impeccable graphics but if the game isn't fun or just plain unfair, a large percentage of players will be turned off from the game. A very common mistake for indie game developers today is to focus on the graphics too early in the project. Instead you should focus on creating prototypes that prove that feature "X" is going to be really fun or even possible for that matter. In this article, we'll give you an inside look at some of the thought process that went into the prototyping for the Indie Game Development Pipeline series. Start at the top Starting out in the Indie Game Development Pipeline series, we knew that a prototype was going to be essential for the success of our customers. To begin, we needed to identify which systems and features were the most important for this project because our project was limited on time and we always want to deliver a great product to you. Because the player character is the main focal point of the game, it was important that we prototyped its systems first. Loosey goosey 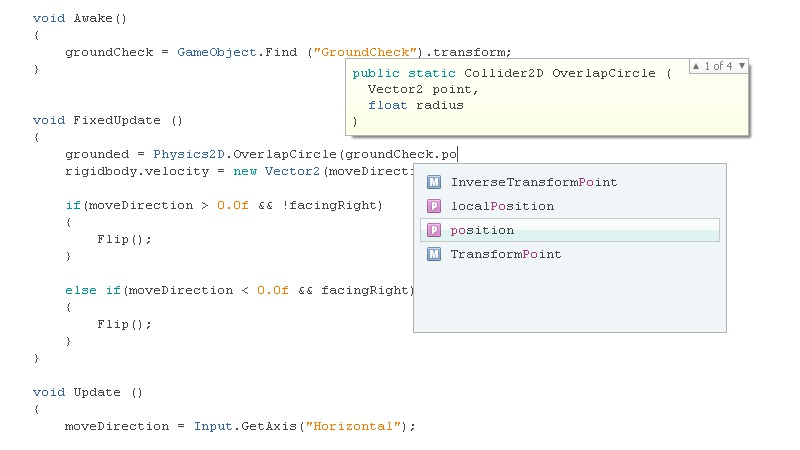 When creating prototypes, it's important to stay loose and not get too wrapped up in what could possibly come up in the project later on because chances are your project won't look or even play exactly the same as you originally intended. Prototyping is more about testing ideas and solutions to your problems in game development. Remember there isn't just one solution to your problem. Some may be better than others, but it's not always wrong. Quality is hard work... mostly So for the Ghost Knight project, we knew that we wanted to create a whimsical environment that would be created from sprites and extremely appealing 3D characters that would feel natural and immersed in our world. So the first feature to test was to see if 3D characters would look natural in a 2D environment. Unity is capable of using both 2D and 3D in a single scene, but for this project getting it to look the way we wanted was the real test. We tested several solutions to get the right perspective for the character but the easiest solution worked the best. In the end, it was just a matter of proper placement of the camera and adjusting its field of view. Sticking to what works 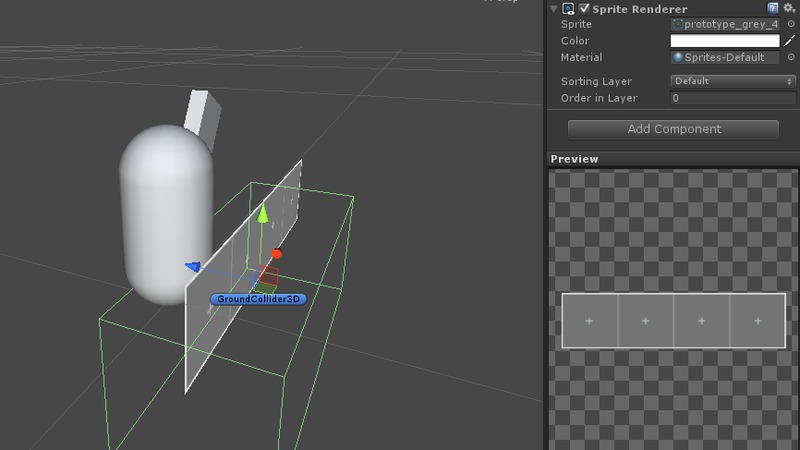 Next, we wanted to look at creating the major functionality of the character's movement. Character movement is pretty standard across the board unless there's a very specific design feature that must be implemented. For this series, we stuck to the basics by developing a system that contains four major states: idle, move while grounded, jump and attack. However, our attack did have a special case where our character would fire a projectile from his sword each time he attacked. Appearances can be deceiving 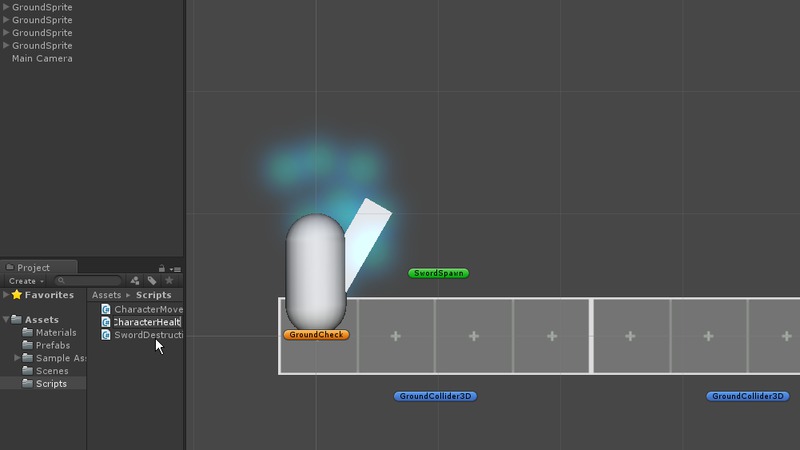 Beyond the movement and attacking, we wanted to come up with a unique health system that'd be fun to create and implement. During one of our daily design meetings, we discussed the possibility of the Ghost Knight's aura changing color to give the player feedback that they are in danger of losing. This idea was met with some initial hesitance because it seemed like it was a "nice to have" feature and would set us back if we spent too much time on it. Fortunately, we were able to use prototyping to create the exact effect we wanted and it only ended up taking about twenty minutes! This is a great example of how prototyping was able to nail down the feasibility of some features that might not have otherwise ended up in the game. On the other hand, not everything in prototyping is smooth sailing. There were some challenges that took us by surprise, like the audio. Audio can seem like a detail that can be put off until the end, but don't wait! Test audio where it seems necessary. Are we there yet? It's completely up to you and your team to say when it's time to stop prototyping and get down to business. For this project, we felt like we needed to move forward when the animations starting coming through the pipeline because those needed to be tested as soon as possible. Also, we quickly realized the boss's behaviors were going to rely heavily on its animations, so it made sense to begin implementing finished assets at this point. 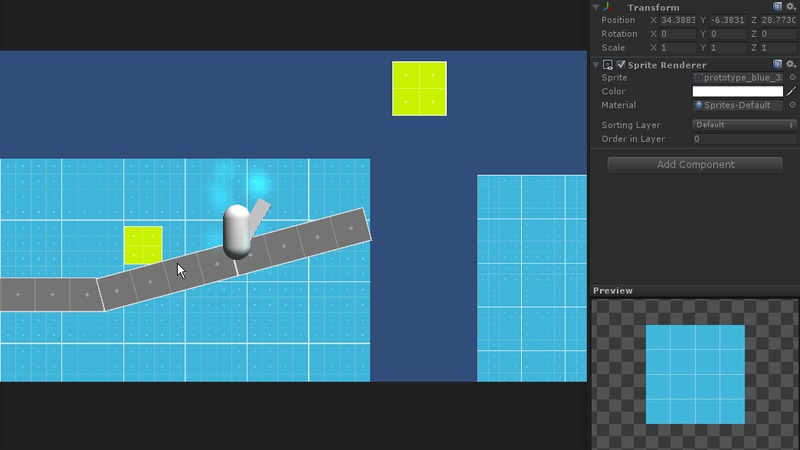 Prototyping is an extremely handy tool that's used exclusively for proving that your ideas and solutions will work. While it may seem boring at first, you'll find out that it saves you a TON of time later when you start getting into bringing your the finished assets. This is when the project gets really exciting and can stay that way, because you've already knocked out most of the major systems by this point with prototyping! So don't worry about graphics just yet. All good things come with time. If you want to see some of the specific issues that we came across with this game and how they were overcome, you can find all of that in the Indie Game Development Pipeline tutorials.