There's No "I" in Team: The Power of Teamwork in the Indie Game Development Pipeline Series

Seeing your games come to life with the final art assets can be an exhilarating experience. Bringing in the final models, animations, textures, and sprites was a very exciting time and it was easy for us to get caught up in the amount that we had accomplished in such a short amount of time without seeing what tasks remained unfinished. There’s nothing wrong with encouraging each other, but the project isn’t over until the game is published. Sometimes it’s not even over then, but that’s another topic and not the focus of this article. When working on a project as a team, it’s important to remember that each person contributes to the success of the team, even after their immediate tasks are completed. During the development of Ghost Knight, we had created a prototype of our game that provided solutions for most of our challenges, but even final game assets bring their own sets of challenges that sometimes can’t be foreseen. For example, Delano was working on the animations for the game boss, specifically the intro animation. We wanted to communicate to the player that this boss was mad and was ready to pound the knight into dust and Delano created a very appealing animation that did just that. However, a problem arose when we could see the geometry of the eye penetrating through the mouth of the game boss when he roared. That wasn't something we anticipated. At this point, Justin had already moved on to a different task, but because we're all on the same team, he dropped what he was doing to make sure production continued forward. While this was a very minor issue, it clearly shows that when working on a team, you work together and you win together. Everyone contributes to the success of the project. 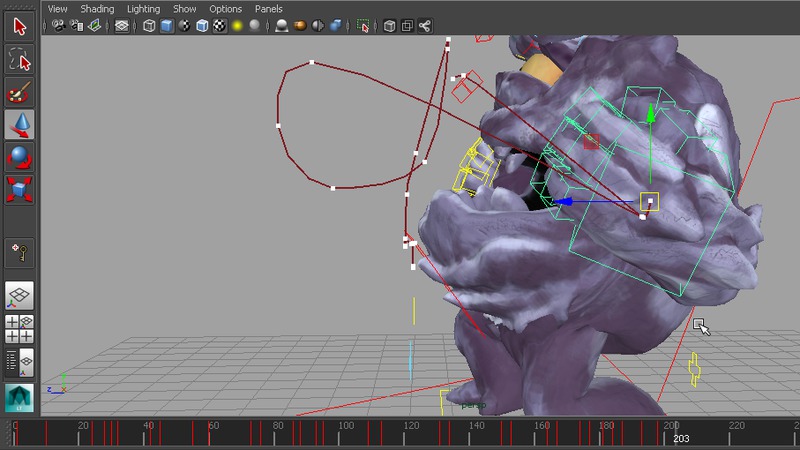 Morale is key when working on team projects. The final ten percent of a project often seems to take the longest time and the most amount of work. This is mostly because no one can foresee all of the issues that are bound to arise during the final push. Even when creating a small project, you can run into these less than joyful experiences because when making a game, you have to test and test and test. When these tests come back with bugs, you'll have to create solutions for those bugs that won’t break the entire game. Sometimes there's no way around it and you'll have to re-factor a lot of code to make the game run smoothly and cohesively. Things like this can suck the energy right out of you and can make you want to quit the project all together. So how do you keep from doing that? There are several different ways and they'll all depend on the needs of your teammates. During the Ghost Knight project, we did this by taking breaks and confiding in our teammates. As simple as it sounds, stepping out of the office for a few minutes and taking a walk outside in the sunshine can help clear your head. Don’t underestimate the power of a fifteen minute break. Something else that can help is talking with your teammates about an issue that you’re having with the project. There were so many times we would just talk about the issue and stop right in the middle of a sentence because we figured out the problem. This also allows an outside party to give you a fresh perspective on the task at hand, which is extremely valuable for anyone working on a team. During your next team project, remember to be there for your teammates because everyone contributes to its success. Be open and available to help your team continue with production and sometimes just be a listening ear that can help unlock the solutions to your project’s biggest problems. If you or your team wants to get a more in-depth look at some of the issues that were faced in the creation of the Ghost Knight project, check out the Indie Game Development Pipeline series.