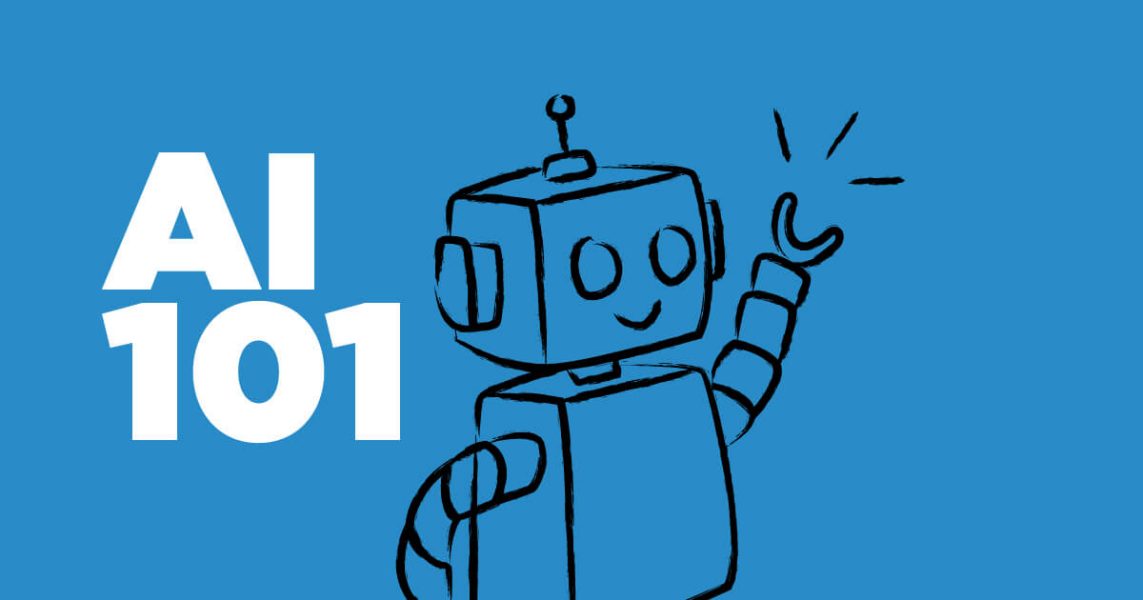 The fundamentals of artificial intelligence

Of all the popular technology topics, none has as much a hold in public imagination as artificial intelligence. This is likely because AI leaves our imaginations to wander with possibility. Take our phone as an example. The things it can do …

Of all the popular technology topics, none has as much a hold in public imagination as artificial intelligence. This is likely because AI leaves our imaginations to wander with possibility. Take our phone as an example. The things it can do today would have seemed impossible only a decade ago: face recognition, voice commands, and tools to group photos or isolate portraits. Today, these things are standard.

We’ve all seen elements of AI in action, and we’re in awe by it. But, not many of us really know how it works—and there’s really no doubt that we’d be just as amazed. To help you get a better understanding of AI, let’s start by covering the basics.

When most people think of AI, they imagine an intelligent robot, smarter than any human and capable of learning. Turns out, we’re not very close to this kind of capability. That said, many companies including Google and OpenAI (with funding from Microsoft and Tesla) explore this type of AI, also called AGI, or artificial general intelligence. General, in this case, refers to the type of intelligence that is expert in many fields. And while it’s fascinating technology to think about, it has very little practical use in today’s economy.

More common is narrow AI, or artificial intelligence that has one powerful use case. There’s AI for spam detection or recognizing faces. We have AI that can scour massive amounts of data like search engines or recommendation systems and provide insights about that data. With narrow AI, it’s understood that just because a computer program might be superb at detecting a spam email or recognizing an abnormal heart rhythm, it doesn't mean that same program can also play chess, compose a sonnet and recommend the next TV show to watch.

Narrow AI often utilizes a specific AI mechanism called machine learning. Machine learning is just a subset of AI and a little easier to define, especially in comparison to other computer programs.

In a normal computer program, you create a set of rules, often composed of if/then statements and conditions. In fact, most computer programs, video games and applications work this way. An outcome is generated because a series of rules was met. On the other hand, machine learning dispenses with rule based algorithms, learning instead from examples in data.

Say you wanted a program that could recognize a handwritten 3 digit. Now, in a traditional program, you might write an algorithm to examine the image pixel by pixel, figure out if it was light or dark and then try and think of all the different ways people might ever write a number 3 in this grid. The number of ways are endless, and the algorithm could hardly account for all of them.

To accomplish this with machine learning, you begin with actual data. You show the program thousands of examples of the number 3 in handwriting. You also provide the algorithm, called a learner, with negative examples, so it knows what not to look for. The tool learns to classify and becomes smarter the more it processes data.

To get started with machine learning, your team doesn’t need to create the learner or the algorithms. These tools are offered by cloud service providers like Microsoft Azure, AWS, Google Cloud, etc. In fact, the barrier to entry is quite low, and your company only needs to provide the data set.

Just as machine learning is a subset of AI, there is also a subset of machine learning called deep learning, also known as a neural network. It'd be an exaggeration to say these algorithms are actually modeling the brain. It's more accurate to say they're inspired by a teeny little part of it, the idea that our brains have all these neurons and synaptic connections, neurons with multiple connections to other neurons.

An artificial neural network is made of multiple layers of mathematical probability. Like machine learning, it requires large data examples to train. Deep learning is often used for things like speech recognition and understanding language.

Natural Language Processing, or NLP, utilizes deep learning to both understand natural language and respond to it. You likely have a voice activated assistant in your home or pocket. Think about your Alexa, Google Home or Siri. These devices are remarkable. Since a question could be asked a million ways, they don’t look at the sentence itself. Rather, they’re trained to consider the semantics. Was it a question? Command? And of course they know how to prioritize keywords and subjects and other parts of language to return the best answer.

You may be thinking, “NLP seems like a niche tool powering home devices.” Its use is more far reaching than that, however. NLP is increasingly important in customer support situations as well as in marketing. Have you heard of sentiment analysis? In both support and marketing, sentiment analysis looks at written text (support tickets, comments, reviews, social media posts) and determines whether the content is positive, neutral or negative.

Another use case is chat bots. A few years ago, chat bots functioned like a traditional algorithm. They were programmed with rule based parameters and could only handle a handful of customer requests. Fast forward to today and into the future,  chat bots look a lot different. They’re capable of conversations and more complex requests.

The artificial intelligence discussed here requires large quantities of data. The most important part of this entire machine learning process is preparing the data, understanding what it is you’re looking for and then filtering that data, cleaning it, labeling it. If your data is full of garbage, full of invalid values and missing values and conflicting information, it doesn't matter how good the machine learning algorithms are.

One ethical risk to consider with AI is that you often don’t exactly know how an algorithm functions. Since the tool is learning from data examples, it may pick up on some sort of bias or criteria that you may not even be aware of. One real example of this comes from an AI hiring tool that attempted to select the best candidate for a computing role. It was trained with 10 years of hiring data. However, since most candidates were male, it actually considered being male a positive attribute. The algorithm confused prevalence with competency.

In this case, it was clear to see the bias. In other situations it may not be as simple. Any time you use AI or machine learning, treat it as a tool, not an oracle. Analyze your results and develop a culture of questioning.

We’ve barely scratched the surface on what AI is—or what it could be in the future. What’s clear, though, is that the possibilities are exciting and endless. If you and your team are looking to explore AI even further, be sure to find out what skills are essential to developers and how to best guide your team through the development from an ethics standpoint. Who knows. Maybe you’ll be the team to make the biggest breakthrough in general AI as of yet.